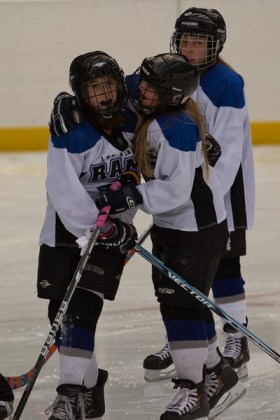 Now in its second season, the Los Alamos U12 Girls hockey team has improved substantially over its inaugural season. This group of 16 girls will face Gunnison at home Saturday and Sunday, Feb. 11 and 12.

In the 2010-11 season, the Los Alamos Hockey Association formed this team comprised of girls ages 12 and under. The team was young, drawing from three different hockey age groups to roster enough girls to play. In that first season, the team played and lost 15 games against other girls’ teams in the Mountain States Girls Hockey League. For the entire season, three girls scored eight goals and only one girl was credited with an assist.

This season, with 13 of the same players as last year, the girls have made incredible improvements. The spread in ages has been narrowed to cover only two age groups.

In their first 12 games, 12 of the 16 girls scored goals and eight were credited with assists.

“This year, these girls have learned what it means to work as a team,” said Cathy Crane, the team’s head coach. “They were given some specific challenges for the season at an early season meeting and achieved them in their first weekend of play before our own rink even opened.”

The girls were challenged to score more goals than last season, distribute their goals across a greater number of players than last year and win some games. In their first weekend of games, two against Aspen, Colo., and two against Summit (in Breckenridge, Colo.), they achieved all three of those goals. 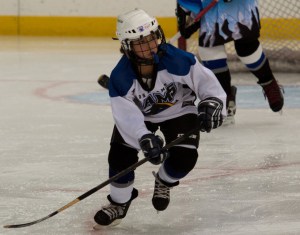 The delayed opening of the Los Alamos rink meant the team had to travel out of town to squeeze practices in before their games started in November. They had only small handful of practices in Santa Fe and Taos before they headed to Colorado for their first games.

Even after the Los Alamos rink opened on Nov. 28, practice time has proven to be a challenge for the team. All the girls play on co-ed teams specific to their age groups, but only have one hour of practice together each week. This practice is open to all girls in the Los Alamos Hockey Association, not just the U-12 team.

“Extending the opportunity to play hockey to as many girls as possible is a higher priority than narrowing practice time to the smaller group of 16 girls,” LAHA Girls Director Eric Martens said. “Across all age groups, LAHA has 39 registered girls and we would like to see this number continue to grow.” 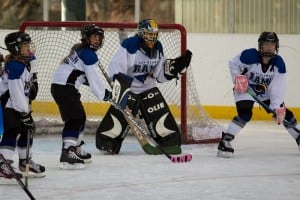 More information on youth hockey in Los Alamos can be found at www.lahockey.org.