Get a Taste of New Mexico at Next Authors Speak 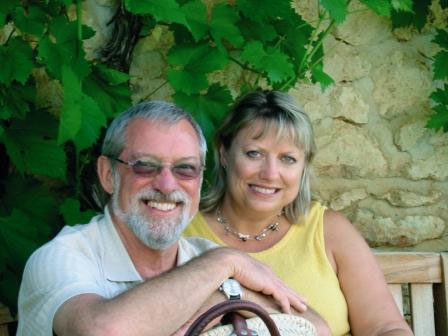 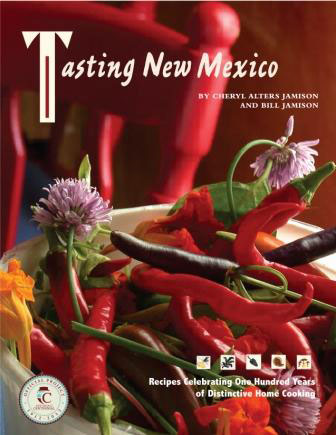 This time of year, a trip to the local Farmers’ Market or Los Alamos Coop reveals the best of local crops, the very freshest and best ingredients for these one hundred wonderful recipes compiled in the Jamisons’ charming book of home recipes from across the state, Tasting New Mexico.

According to the book’s front cover, “Tasting New Mexicocelebrates the state’s truly distinctive  cooking, a blend of Native American, Spanish, Mexican, and Anglo influences, in one hundred recipes from throughout the past century that showcase the best from New Mexico’s home kitchens. The authors crisscrossed the state in search of a variety of family and hometown favorites, including green and red chile stews, albóndigas (meatballs), carne adovada (pork braised in red chile), pollo con arroz (chicken simmered with rice), chile rellenos, spring quelites (spinach), chicos (dried corn), frybread and sopaipillas, and silky natillas custard.”

“The book ranges well beyond the recipes to tell the story of the food culturally and historically, and contrasts our food with that of our neighbors in the Southwest and northern Mexico. The book details how New Mexico’s agricultural abundance comes not from perfect soil and climate, but from the ingenuity and tenacity of its farmers and ranchers. Tasting New Mexico is further packed with tasty quotes, luscious photos, and simply great stories.”

Some 20 years ago, when Cheryl and Bill Jamison were writing travel guides, they took on a project that became The Rancho de Chimayó Cookbook. The Jamisons went on to be among the first authors to take the fun of barbecue and grilling seriously. Their books on the subject includeThe Big Book of Outdoor Cooking & Entertaining, Born to Grill, and the landmark Smoke & Spice, which has sold more than 1 million copies.

The Jamisons also have played a leading role in the revival of good, robust American cooking with American Home Cooking, Texas Home Cooking, A Real American Breakfast, and The Border Cookbook. Their latest book, Tasting New Mexico: Recipes Celebrating 100 Years of Distinctive Home Cooking, was made an official project of New Mexico’s Centennial Foundation this year. Cheryl and Bill Jamison have become among the nation’s most lauded writers, with four James Beard awards, an IACP award, and numerous other honors to their credit.

Cheryl is contributing culinary editor to New Mexico Magazine, where she also writes a blog called Tasting NM. She consults on culinary tourism for the New Mexico Tourism Department, as well as on outdoor kitchen design in partnership with interior designer Barbara Templeman, through their business insideOUTsantafe. Cheryl serves as board president of Cooking with Kids in Santa Fe, one of the country’s first programs that connected kids with good food and addressed getting good food into our schools. She was named recipient of the University of Illinois’s alumni achievement award in 2007.

Bill is retired from saving the world and keeps their lives in order from their home just outside of Santa Fe. They tend a small flock of chickens with outsized personalities that lay many colors of eggs.