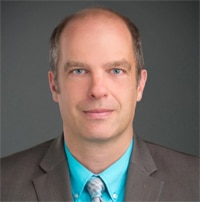 Gov. Lujan Grisham recently continued her attempt to simultaneously keep the oil and gas revenue spigot flowing while enacting enough policies from the radical environmental agenda to placate her political and fundraising base.

Her latest plan, known as the Clean Car Rule, was adopted by her handpicked Environmental Improvement Board (EIB). Governor-appointed boards are far more willing to do what they are told than are unruly and sometimes uncooperative (albeit overwhelmingly Democrat) legislative bodies with their own political calculations and aspirations.

Incredibly, New Mexico’s newly Clean Car Rule undermines democracy and self-government (along with our economy) by placing New Mexico automobile regulations under the control of another state, California. The current rules are California’s and if California changes them, New Mexico will have to go along with them or reverse course and opt out.

But the real kicker is by subjecting itself to California’s political whims New Mexico could be forced to adopt even more aggressive “Clean Car” standards soon. California Gov. Gavin Newsom has issued an  executive order that, if adopted, would end the sale of gas-powered cars in California by 2035. Final adoption of that rule could come in California as early as this August.

“Just” tripling sales of electric vehicles (EV’s) in two years in New Mexico means dealerships will cross-subsidize EV’s by raising prices on gasoline vehicles or they will look to the State to further subsidize sales of “chosen” vehicles. This could make gasoline vehicles purchased in New Mexico more expensive leading to purchases made at out-of-state car dealers. That would result in lost jobs and tax revenues in New Mexico. That situation will get much worse if California (and New Mexico) adopt the even more aggressive rules being considered.

There are so many problems and costs with a drastic shift toward electric vehicles that at the very least New Mexico’s elected Legislature should have had a say, but instead we have a Governor in a tight reelection battle who wants to make big promises to environmental groups and their funders no matter how disruptive or damaging to New Mexicans and their livelihoods.

The fact is that the real costs of these unrealistic and damaging policies will be borne after this election. Sadly, that is all by design.