From Presentations To Graphic Novels, Saturday’s Los Alamos Book Fair 2015 Has It All 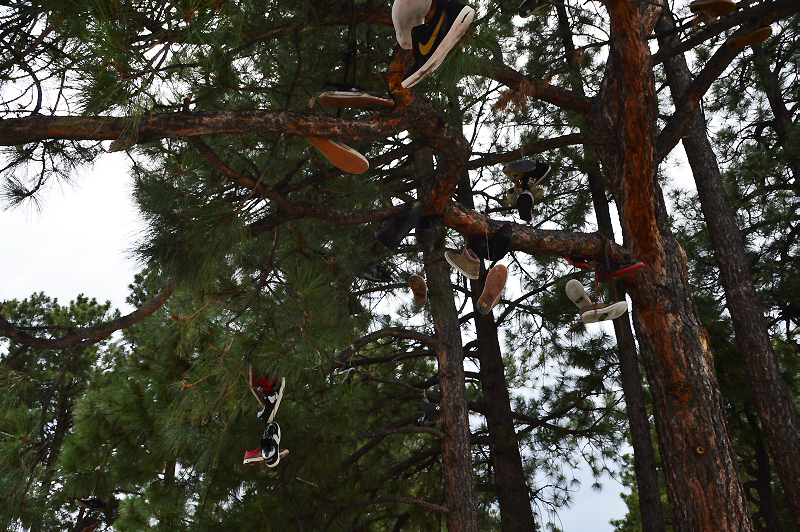 In addition to selling books from every genre, the Los Alamos Book Fair will, for the first time, feature six presentations by authors and publishers to give a more in-depth acquaintance with writing, publishing, and reading appreciation.

The book fair will run 9 a.m. to 4 p.m. this Saturday in Fuller Lodge, with the presentations occurring throughout the day in the Throne Room and the Zia Room upstairs. Time has been scheduled for conversation with the authors after each session.

At 10 a.m., former state historian Robert Torrez will talk about his research for the book Rio Arriba: A New Mexico County, sharing insights and details of the first Tewa settlements, the arrival of the conquistadors, the discovery of the fossil Coelophysis, and more.

Speaking at 11 a.m. will be Galisteo author Elizabeth Rose, author of Poet Under a Soldier’s Hat, the story of her father, Hugh Rose, a British officer with the Gurkhas who also served with the political and foreign services in the Hadhramaut, Iran, and the North-West Frontier during India’s colonial period in India.

At noon, Nasario Garcia, well-known author of stories from the Hispanic tradition of New Mexico, will share his supurb storytelling abilities with children and adults who still delight in these tales! Garcia’s rich voice relates emotion, humor, and the sincere love of his culture.

The 1 p.m. slot is filled by award-winning publisher Barbe Awalt of LPD Press/Rio Grande Books. She will give a crash course in publishing your book, offering information on agents, submissions, sales tactics, ebooks, cover design, competitions, and much more.

At 2 p.m., biographer Sharon Snyder takes listeners into the world of Peggy Pond Church by reading poems, prose excerpts, and portions of Church’s journals as well as selections for At Home on the Slopes of Mountains, Church’s biography. And, as a special treat, attendees will hear poems from a CD of Church reading her own work.

The authors giving talks will have copies of their books for sale and will be happy to personalize them for those in the audience.

Another first for this Los Alamos Book Fair is the inclusion of comics and graphic novels. In a genre that is growing in popularity and sophistication, these books and their authors and illustrators are supported by an organization called 7000 BC. This Northern New Mexico-based group provides opportunities for comics writers and artists to develop their personal styles and storytelling “voices,” while promoting an understanding of the cultural significance of comic art through seminars and workshops. Two members of 7000 BC will have tables in Fuller Lodge on Saturday.

Bram Meehan is the author and co-creator of Raised by Squirrels. This series of tales of the S.Q.R.L (Special Qualities Research Laboratory) is a spy/superhero thriller. In the author’s words, the premise of the series is that “it takes place in a world where there was a parallel to the Manhattan Project creating superpowered beings under the Hill—the Special Qualities Research Laboratory” (SQRL, or “Squirrels”). Meehan adds, “I’m hoping that my love of Los Alamos history will come through and, though I’m taking more than just a few liberties with it, folks there will get a kick out of it.”

John Myers and his wife, Jenn, have also created graphic novels, including Terra Farmers, a series featuring genetically engineered explorers who turn desolate planets into habitable homeworlds. Both authors are graduates of UNM and combine Jenn’s degree in fine arts and John’s in journalism and media arts to create a unique art form. 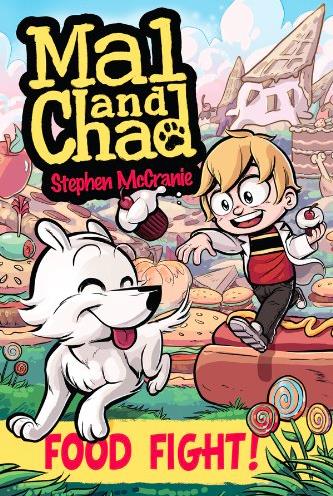 Joining these authors/illustrators is Stephen McCranie whose series of Mal and Chad books are gaining quite a following. These cartoon characters had their beginning in the UNM student newspaper but have gained a stage of their own. Mal is a super kid genius, and Chad is a talking dog.

“The two are best friends with a penchant for adventure . . . even if the time-traveling does get them grounded by Mal’s mom.” These books, good for a target audience of fourth grade and up, are “laugh-inducing, clever, and full of heart.”

Comics aren’t what the used to be, and when printed on quality paper and bound rather than stapled, they are known as graphic novels.

See this up-and-coming genre along with the standards—fiction and non-fiction, children’s books, young adult, fantasy, memoirs, and much more—at the Los Alamos Book Fair, Saturday, April 25, in Fuller Lodge.