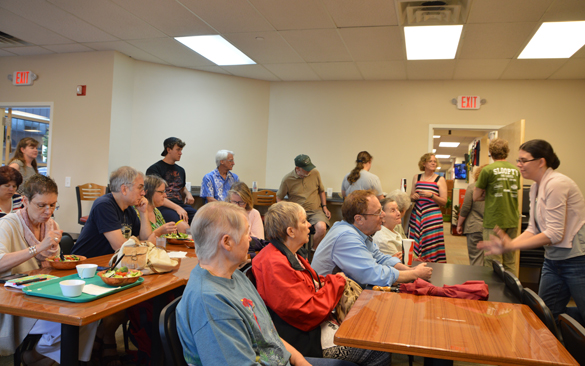 Base Manager Matias Quintania, left, and pilot Geoff Rodgers in front of the Bell 407GX today at Los Alamos County Airport. Photo by Carol A. Clark/ladailypost.com 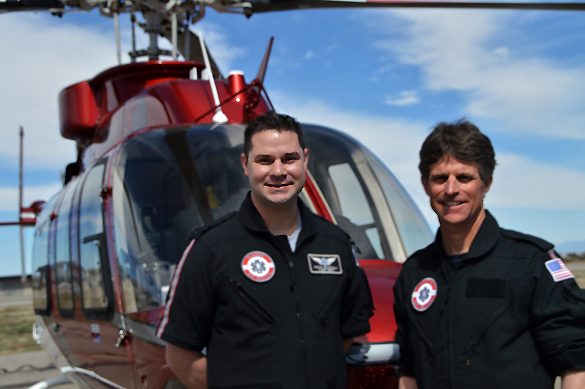 Rodgers completed his service on County Council Dec. 31 and started his new job Thursday. He has been piloting aircraft professionally and privately for three decades.

“I love to fly helicopters and this gives me an opportunity to combine that with public service,” Rodgers said.

Rodgers has logged nearly 4,000 hours during his flying career, which began in 1984 when he graduated from the U.S. Army Flight School in Ft. Rucker, Ala. He flew Army helicopters on active duty for five years and another eight years in the U.S. Army Reserves. As a civilian, Rodgers has flown for EMS, firefighting and power line construction operations.

“This is a great opportunity to do what I love, in the community I love, for a highly respected company that just invested $3.8 million in a cutting edge helicopter for Los Alamos and the surrounding area,” Rodgers said. 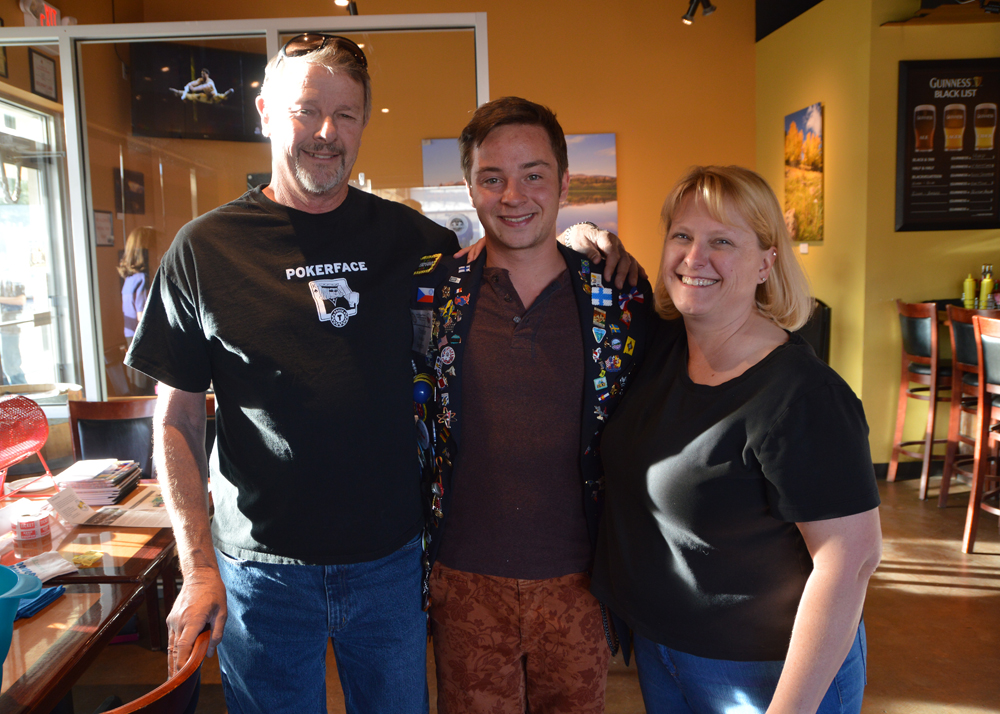 The Bell 407GX has a full cardiac monitoring system. Photo by Carol A. Clark/ladailypost.com

The Bell 407GX is the newest model Bell Helicopter makes, said Base Manager Matias Quintania during an interview with the Los Alamos Daily Post this afternoon at Los Alamos County Airport.

“We flew it straight from the factory to Los Alamos and it has less than 100 hours on it,” Quintania said. “It’s got a state of the art glass cockpit, full cardiac monitoring system to do all vital signs including invasive monitoring and we can intubate and breathe for the patient.”

He explained that the Bell 407GX also carries vital drugs above and beyond what a typical ambulance carries including some that no one else in the state carries such as TXA to help stop bleeding in trauma patients. The normal crew consists of a pilot, flight medic and flight nurse and there’s room for one patient or a small child and parent.

“We can get a patient from Los Alamos Medical Center to UNM Hospital in Albuquerque in 25 minutes,” Rodgers said. “With the crew and normal fuel load, this helicopter has two hours of flight duration.” 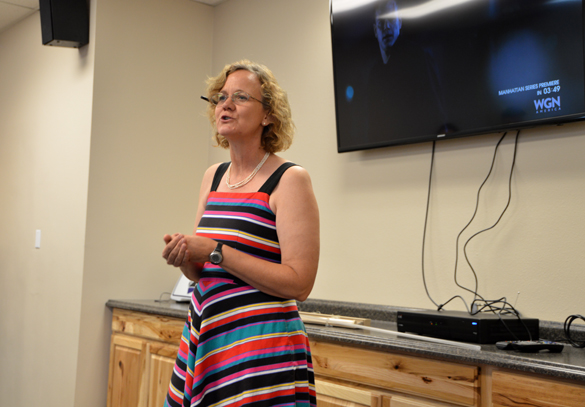 The Bell 407GX has a state of the art glass cockpit. Photo by Carol A. Clark/ladailypost.com

Flights occur day or night and the pilots use night vision goggles, which Rodgers said allows them to transport patients on the darkest of nights.

“We’re here to serve and we really want the community to see this as their aircraft,” he said.

Rodgers invites community members interested in touring the helicopter to call him at 505.412.0005.

Also, the community is invited to attend a ribbon cutting ceremony on the new heliport that will permanently house the helicopter at noon Wednesday in the back parking lot of Los Alamos Medical Center.

Knowing of the chartered resource in the area, the National Park Service would often call for air transport service from Lake Powell when an individual’s injuries and/or location warranted a more efficient method of extraction than the standard boat and ambulance.

Classic Lifeguard was created in response to the need for air medical evacuation services. A helicopter was dedicated to the operation and the specialized flight crew recruited. The origin of operation was moved closer to Lake Powell and from there the program developed.

On Memorial Day in 1988 Classic Lifeguard officially began with one helicopter, a pilot, and a medical crew of two basic level Emergency Medical Technicians (EMT).

In the beginning, Classic Lifeguard started as a seasonal service to assist the National Park Service in transporting the ill and injured from Lake Powell to capable medical facilities. The company has developed extensively since the beginning and will continue to progress and improve along with this rapidly evolving industry.

Headquartered in Woods Cross, Utah, with additional bases in Wyoming, Arizona, Colorado, Oregon and New Mexico. The service area includes a vast terrain from desert sands to the beautiful waterways in these states. The company is dedicated to training its medical and aviation teams with the skills required to meet the needs of the transport.

Throughout its history, Classic Lifeguard has been proactive in safety practices by initiating the following: (sometimes ahead of industry trends)