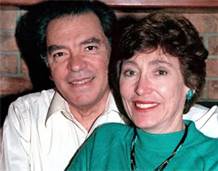 ALBUQUERQUE—The Justice Department today announced that a scientist and his wife who both previously worked as contractors at the Los Alamos National Laboratory (LANL) in New Mexico have pleaded guilty to charges under the Atomic Energy Act and other charges relating to their communication of classified nuclear weapons data to a person they believed to be a Venezuelan government official.

The guilty pleas, which were entered today by Pedro Leonardo Mascheroni, 77, a naturalized U.S. citizen from Argentina, and Marjorie Roxby Mascheroni, 70, a U.S. citizen, in the U.S. District Court for the District of New Mexico, were announced by John Carlin, Acting Assistant Attorney General for National Security; Kenneth J. Gonzales, U.S. Attorney for the District of New Mexico; and Carol K.O. Lee, Special Agent in Charge of the FBI’s Albuquerque Division.

According to court filings, Mascheroni, a Ph.D. physicist, worked as a scientist at LANL from 1979 to 1988 and held a security clearance that allowed him access to certain classified information, including “restricted data.” Roxby Mascheroni worked at LANL between 1981 and 2010, where her duties included technical writing and editing. She also held a security clearance at LANL that allowed her access to certain classified information, including restricted data. As defined under the Atomic Energy Act, restricted data is classified information concerning the design, manufacture, or use of atomic weapons; the production of special nuclear material; or the use of special nuclear material in the production of energy.

Mascheroni and Roxby Mascheroni were indicted in September 2010 and charged with conspiracy to communicate and communicating restricted data to an individual with the intent to secure to an advantage to a foreign nation. The indictment also charged the couple with conspiracy to convey and conveying classified restricted data. The indictment also charged Mascheroni with concealing and retaining U.S. records with the intent to convert them to his own use and gain and both defendants with making false statements.

Today, Mascheroni pleaded guilty to counts seven and eight of the indictment, charging him with conversion of government property, and counts 10 though 15, charging him with making false statements. Mascheroni also pleaded guilty to an information charging him with two counts of communication of restricted data and one count of retention of national defense information. Mascheroni admitted that in November 2008 and July 2009, he unlawfully communicated restricted data to another individual with reason to believe that the data would be utilized to secure an advantage to Venezuela. He also admitted unlawfully converting Department of Energy information to his own use and selling the information in November2008 and July 2009 and failing to deliver classified information relating to the United States’ national defense to appropriate authorities and instead unlawfully retaining the information in his home. Finally, Mascheroni admitted making materially false statements to the FBI when he was interviewed in October 2009.

Roxby Mascheroni pleaded guilty to count six of the indictment, charging her with conspiracy, and counts 16 through 22, charging her with making false statements. She also pleaded guilty to an information charging her with conspiracy to communicate restricted data. In entering her guilty plea, Roxby Mascheroni admitted that between October 2007 and October 2009, she conspired with Mascheroni to convey restricted data belonging to the United States to another person with reason to believe that the information would be used to secure an advantage to Venezuela. She also admitted making materially false statements to the FBI when she was interviewed in October 2009.

This investigation was conducted by the FBI’s Albuquerque Division with assistance from the Department of Energy and LANL. The prosecution is being handled by Assistant U.S. Attorneys Fred J. Federici, Dean Tuckman, and Holland S. Kastrin of the U.S. Attorney’s Office for the District of New Mexico and Trial Attorneys Kathleen Kedian and David Recker of the Counterespionage Section of the Justice Department’s National Security Division.