Food on the Hill
By FELICIA ORTH

I decided long ago to cook vegetables separate from meat, even when they are traditionally cooked together. I didn’t like what happened to the vegetables when they were together; they often turned limp and greasy.

The two recipes that prompted this change in practice were osso buco and chicken soup. In each case I ended up cooking the meat and veggies separately and “marrying” them late in the cooking process. I’ve come to a similar conclusion with corned beef, cabbage and potatoes, and either add the vegetables near the end of the cooking of the corned beef or prepare a side dish that is entirely separate.

Colcannon is a classic Irish dish of mashed potatoes and cabbage. It may be the lingering thrill of Pi Day on March 14, but when I ran across an old Gourmet recipe for Colcannon Pie I chose it as one of two sides to the standard corned beef we were serving, and adapted it to add minced garlic for flavor. The dish was consumed entirely and I would definitely make it again.

The pickled red cabbage was a nice change from boiled green cabbage and quite flavorful. Although it was lightly adapted from Kevin Dundon’s “Modern Irish Food,” one of my guests opined that it was closer to a traditional Russian dish. Blurred lineage, perhaps, but it was a colorful and tasty dish next to the corned beef and Colcannon Pie.

Steam cabbage until tender, about 20 minutes. When cool, finely chop.

Peel and cut the potatoes into small pieces. Cover potatoes with cold water in a saucepan and add 1 teaspoon salt. Bring to a boil, reduce heat, and simmer until tender, 25 minutes.

Drain potatoes and mash in a large bowl with 3 tablespoons butter. Stir in cabbage, scallions, garlic and salt and pepper to taste. (I used a teaspoon of salt and a tablespoon of black pepper.)  Allow the mixture to cool briefly and stir in the beaten egg.

Melt remaining 2 tablespoons butter. Use half of it to butter a pie plate. Spread potato mixture in plate and brush with remaining butter. Bake about 35 minutes. Let stand 10 minutes before serving, and cut into wedges. 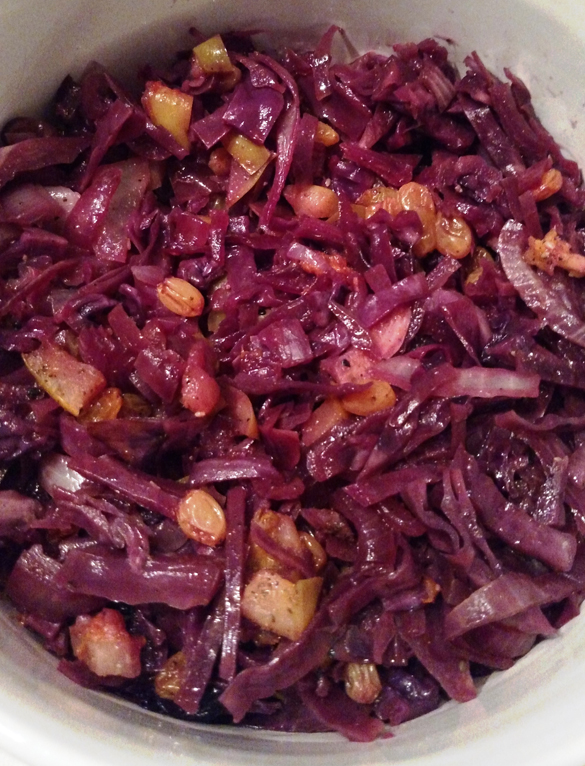 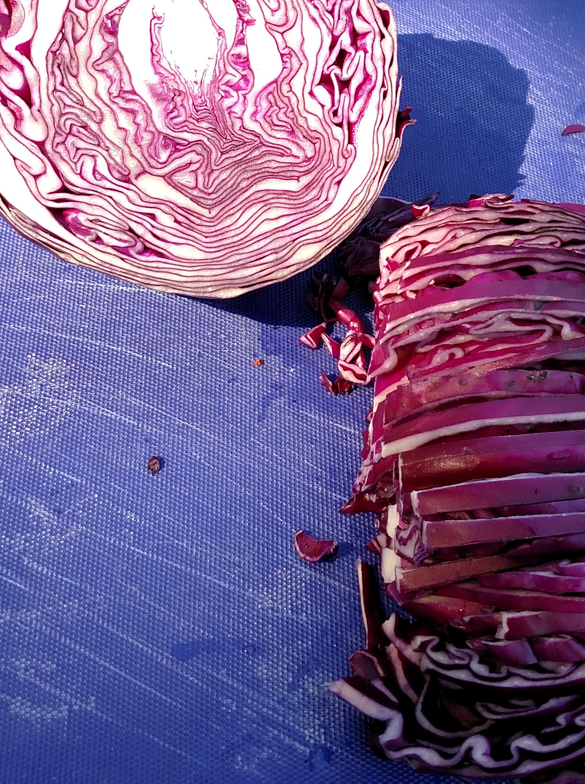 Preheat the oven to 325°F. Layer the cabbage, onion, apples, raisins, vinegar, sugar, butter and spice into a baking dish and season with salt and black pepper. Add the orange zest and juice. Cover the dish with foil and bake for 2 hours. Remove the foil and bake another 20 minutes. Serve hot or cold.

Felicia is a local home cook; she can be reached at orthf@yahoo.com.