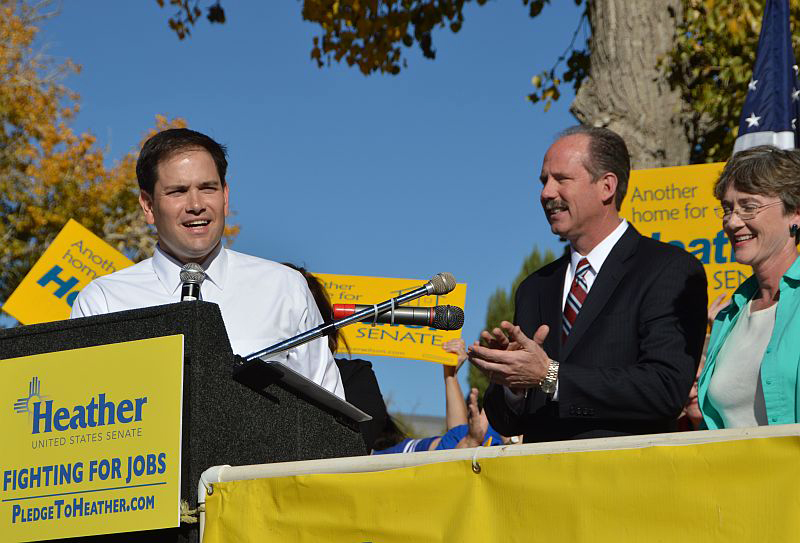 A crowd of some 300 people cheer as, from left, Albuquerque Mayor R.J. Barry, Gov. Susana Martinez, Heather Wilson and Sen. Marco Rubio take the stage Wednesday for a Wilson political rally in Tiguex Park. Photo by Carol A. Clark/ladailypost.com

Rubio told the crowd of some 300 people, “You have to send us Heather Wilson.”

Gov. Susana Martinez encouraged everyone to vote for Wilson saying, “I need her in Washington to help me return economic vitality to New Mexico.”

Rubio attended a second rally held for Wilson Wednesday morning in Mesilla near Las Cruces at which the governor also participated.

Rubio is the fourth Republican senator to campaign in New Mexico on Wilson’s behalf. In September, Sens. John McCain of Arizona, Kelly Ayotte of New Hampshire and Lindsey Graham of South Carolina campaigned together in New Mexico for Wilson.

The latest polls show Wilson trailing Democrat Martin Heinrich by nine points but she maintains confidence that victory is within reach.

“This will be a very, very close election … a thousand, two thousand votes either way,” Wilson said. “Momentum is with us, and we need to get everybody out to vote.”

In Santa Fe Wednesday, Sen. John Kerry of Massachusetts spoke at a private fundraiser for Heinrich. 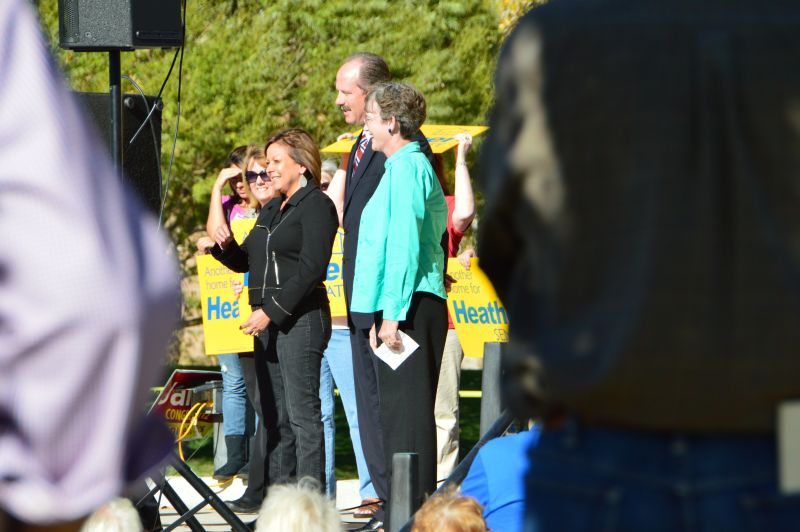 Gov. Susana Martinez., center, prepares to address the crowd as Mayor Barry and Heather Wilson wait their turn to speak. Photo by Carol A. Clark/ladailypost.com

Gov. Susana Martinez encourages the crowd to vote for Heather Wilson for the U.S. senate saying, “I need her in Washington to help me return economic vitality to New Mexico.” Photo by Carol A. Clark/ladailypost.com 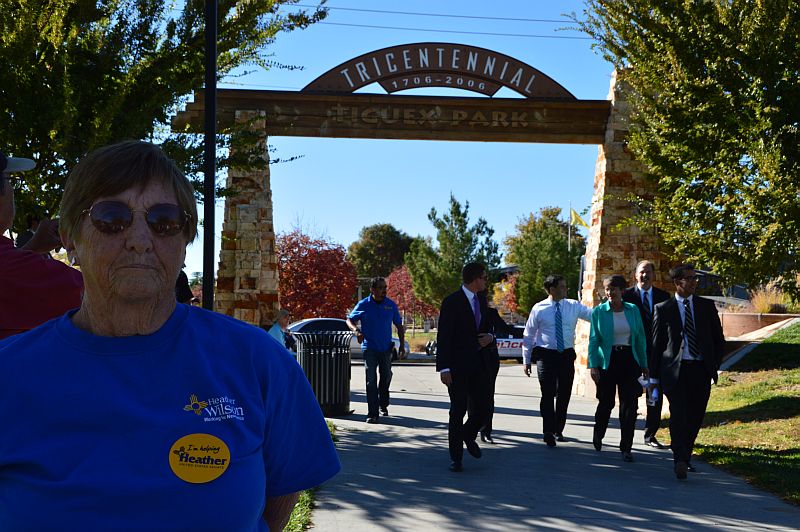 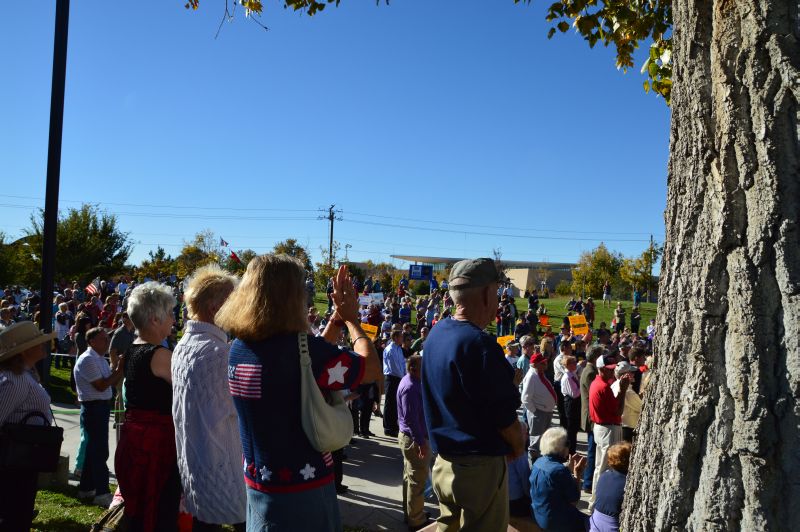 The crowd hears a number of speakers express support for Heather Wilson. Photo by Carol A. Clark/ladailypost.com 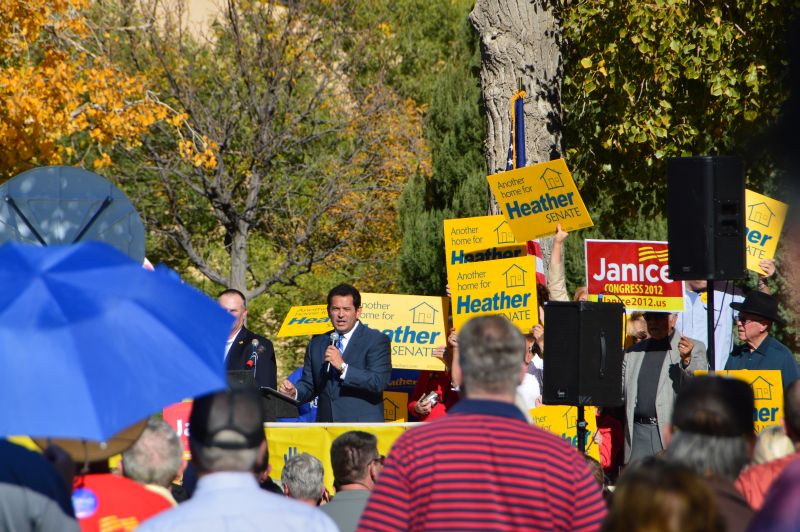 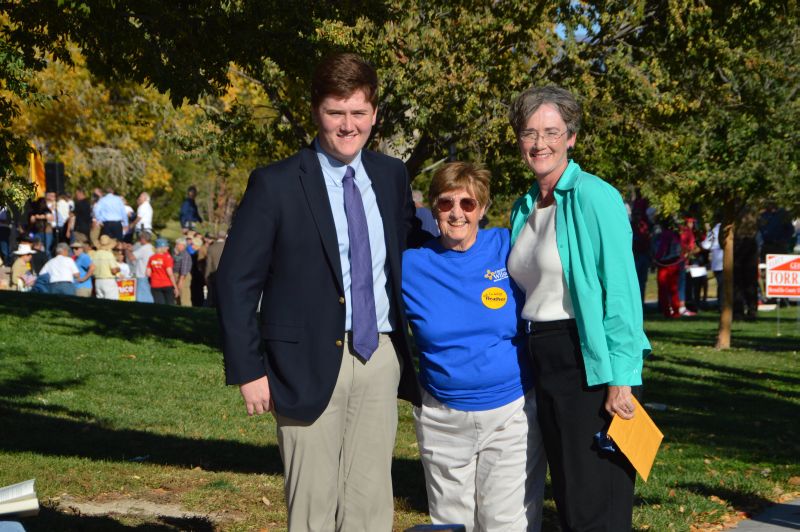 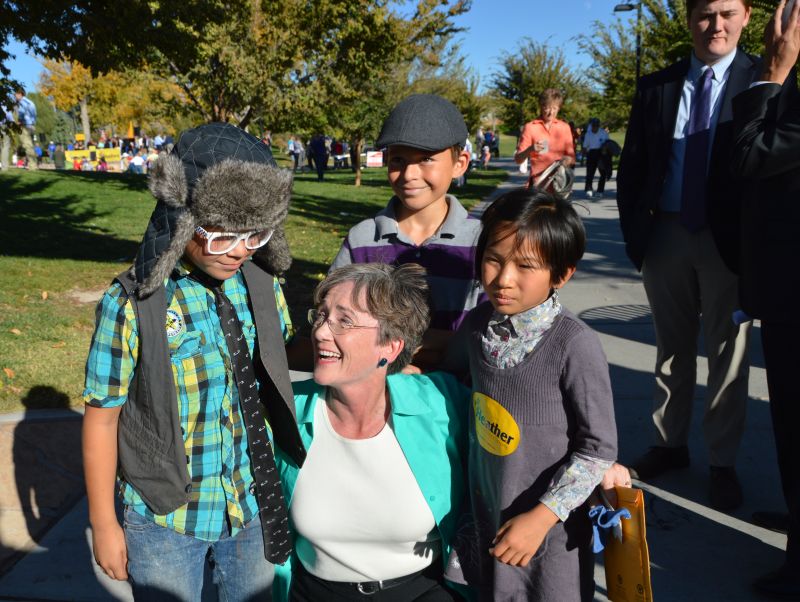