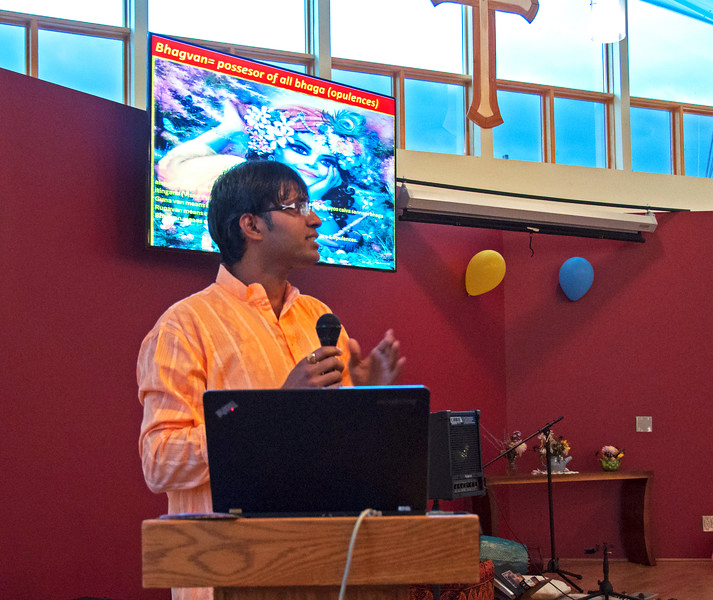 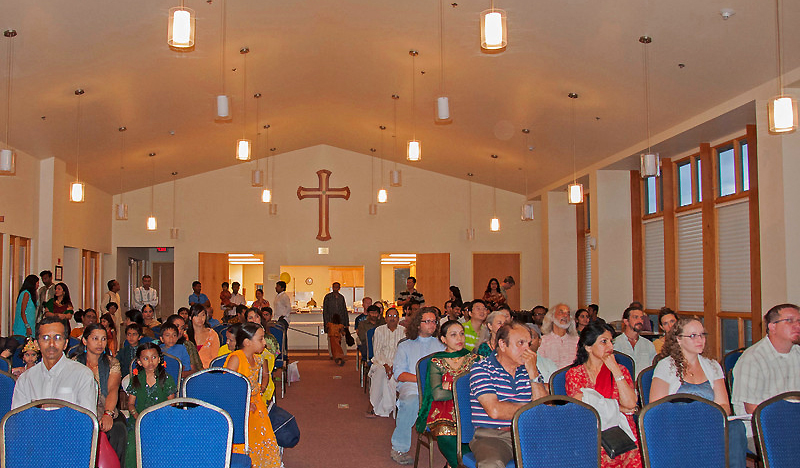 Lord Krishna’s birthday was celebrated with a cultural program for the first time in Los Alamos, Aug. 24 in Kelly Hall at Trinity on the Hill Episcopal Church.

According to the Vedas and world’s oldest spiritual book Bhagavad Gita, Lord Krisha is the supreme creator of the whole creation and he is the maintainer also. He appeared on Earth many times to save the Earth from evil, and the last time he came was 5,200 years ago in Northern India, a city called Mathura. That is the day, which is celebrated widely across the world as Transcendental birthday of the Lord.

Los Alamos has a long relation with Lord Krishna. Prof. Robert Oppenheimer (director of the Atom bomb project and first director of Los Alamos National Lab) read the Bhagvad Gita to get inspirations and quoted a line of Lord Krishna’s speech after the first atom bomb was tested at Trinity Site. But it has been never celebrated in Los Alamos, and the first time it’s been celebrated by the Indian community here in Los Alamos was Aug. 24.

The program was attended by people nearly 90 people from all faiths and races of life and included a brief multimedia power point presentation on “Who is Krishna?” to let people understand about Krishna and why he is supreme.

Following the presentation, parents brought their children, decorated like Lord Krishna, on stage and it was one of the best moments of the whole celebration. 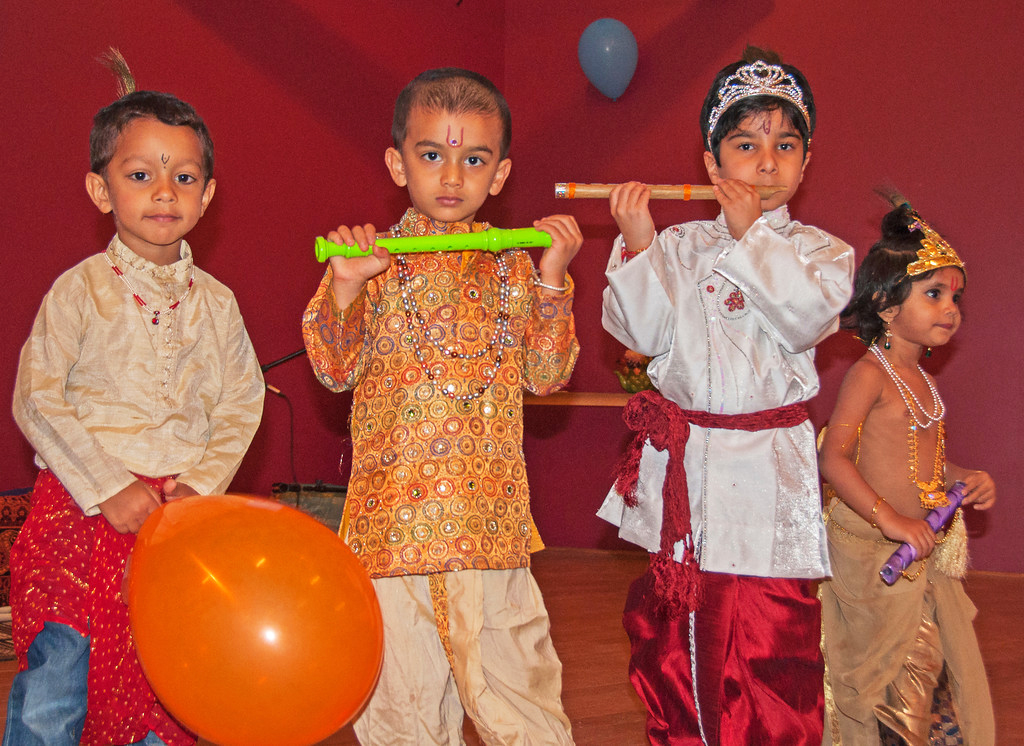 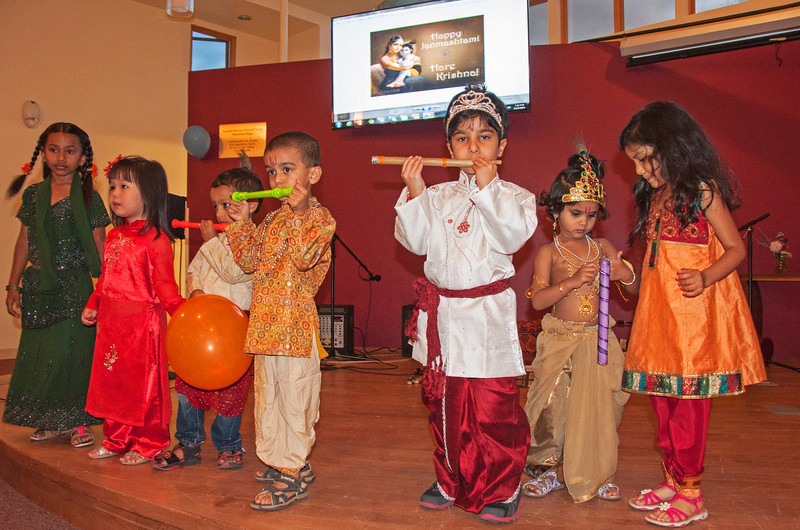 After that we had a nice musical performance by Mark and Terra’s group from Taos. They sang sweet music on Lord Krisha and told the story of Lord Krishna’s birth from Vedas. During the music, the whole audience got enchantment and joined in clapping with the singers. 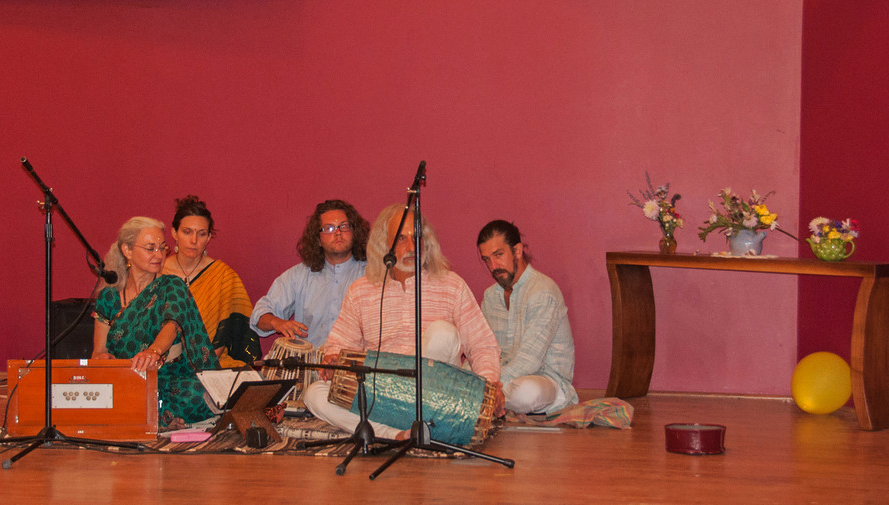 The program ended with three beautiful dance performance by our YMCA Indian dance group.The first two dances were presented in the Kathak style of dance by students of the Los Alamos Family Y Kathak class. 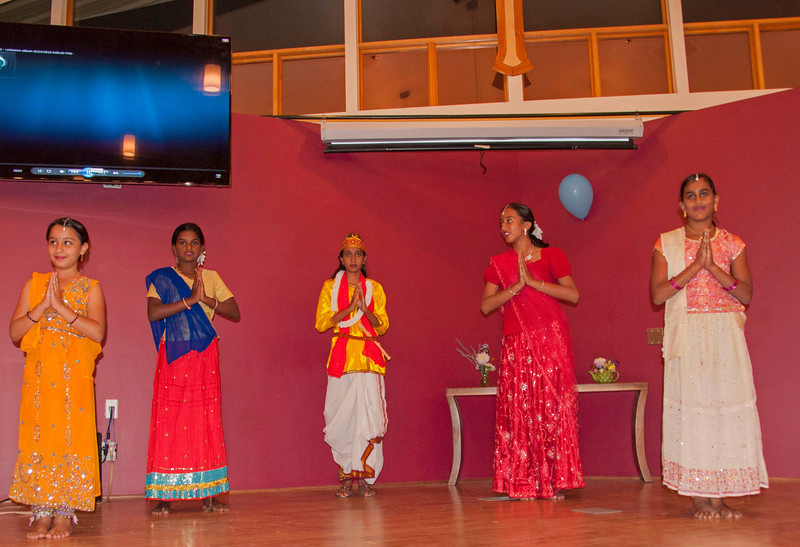 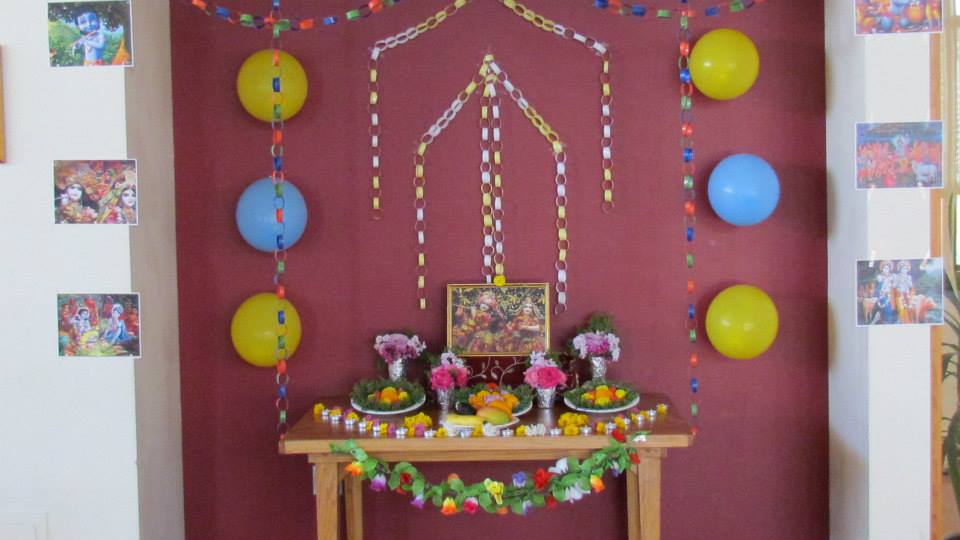 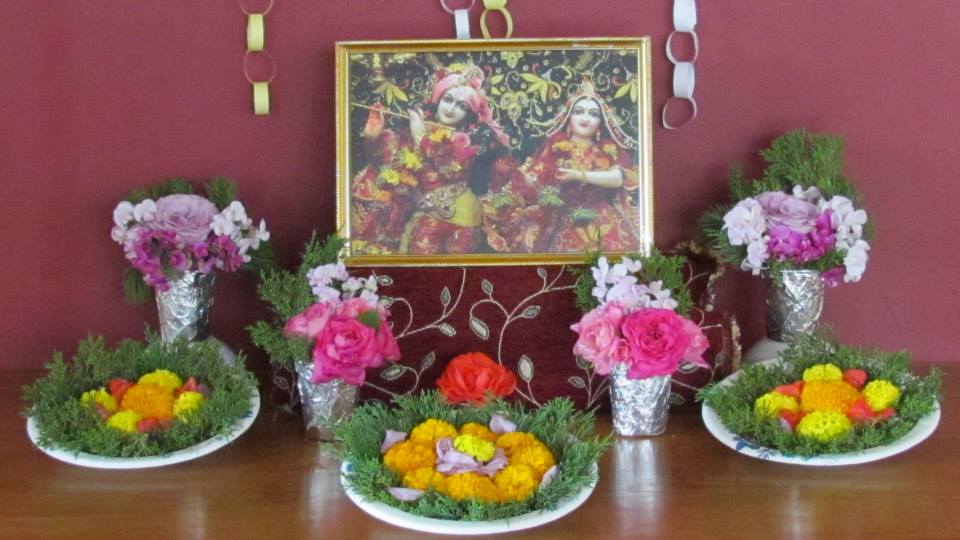 The second was holi – a semi classical dance describing the festival of colours celebrated every year in India. This dance depicts Krishna, Radha and the lovely gopis (maidens) in the village celebrating holi by throwing colour at each other, dancing and playing various musical instruments, enjoying the festivities. The final presentation was by Kavita Nandakishore, Bharatanatyam instructor of the Los Alamos Family Y’s Bharatanatyam class. The dance is called “Rusli Radha.”

We had a book table to display different kinds of Krishna books. And at the end, we had delicious vegetarian dinner for all. The program ended with a warm notation from the audience and they all liked it very much.

To discuss more about spirituality, we formed the group: “When Science Meets Spirituality” and are organizing monthly programs. For details, email nimaiiitm@gmail.com or call 505.500.2857.