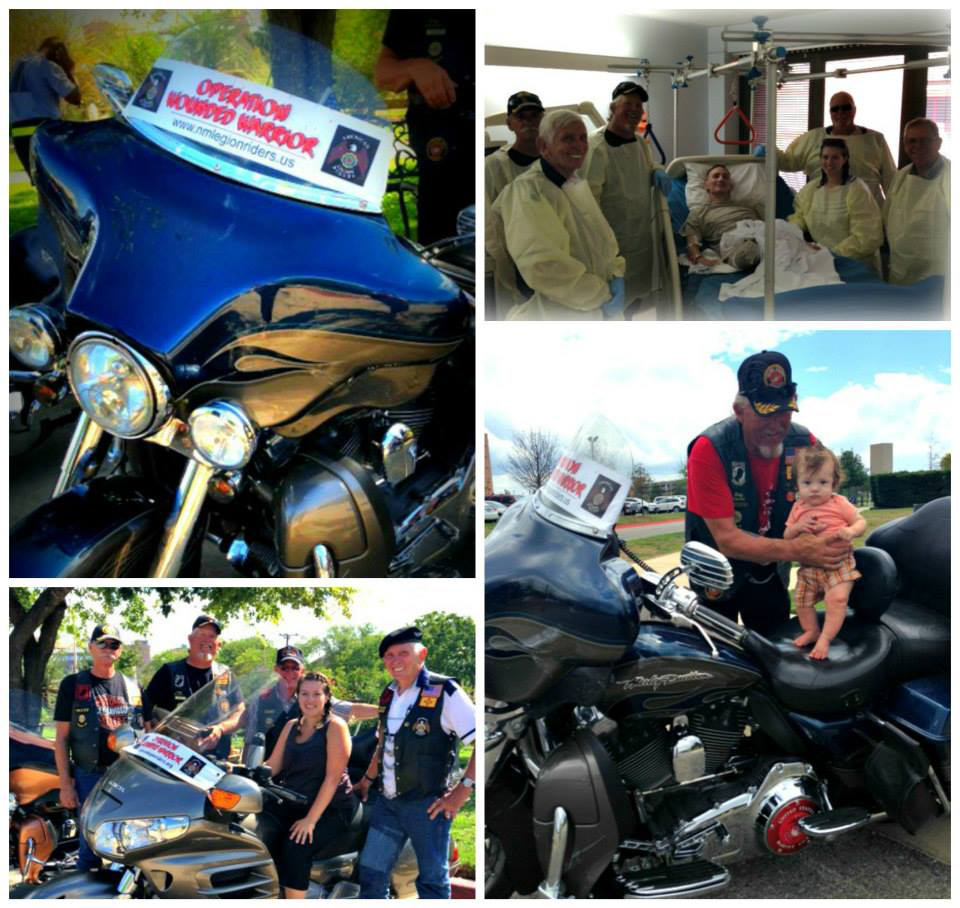 The Los Alamos High School graduate was serving as an Armor Officer in Afghanistan June 1 and suffered severe combat injuries when an improvised explosive device detonated while he was conducting a combined dismounted patrol.

Andersen continues to recover and improve. He is still in the burn intensive care unit at the San Antonio Military Medical Complex, at Fort Sam Houston in San Antonio.

On Friday, Micah made the next big step in his rehabilitation by making his first visit to the Center For the Intrepid (CFI), his father, Skip Andersen of Los Alamos said. The CFI is a world-class rehabilitation center for amputees, built through a $50 million dollar donation by the Fisher foundation. The Center is located next to the Brooke Army Medical Center. The facility has everything from free weights and a state-of-the art prosthesis shop to a Toyota Tundra driving trainer.

“Micah will go through rehabilitation at the CFI for the next year or more. He will start working there even before he is released from the hospital and will then be assigned there for rehabilitation on an outpatient status,” his father Skip Andersen said.

Micah and several other amputees had their introduction to the CFI Friday when the CFI staff and actor Gary Sinise (Lt. Dan from Forrest Gump and Mac from CSI New York) welcomed them to the CFI, Andersen said.

Another significant event was the visit of the New Mexico American Legion Riders to Micah and the other New Mexico military members currently at Brooke Army Medical Center.

“These men and women have donated thousands of hours of their own time and raised more than $140,000 in donations for the New Mexico vets, including several thousand dollars for Micah,” Andersen said. “The American Legion and American Legion Riders here in Los Alamos are among Micah’s most active supporters.”

“We are humbled and deeply grateful for the donations that continue to pour in on Micah’s behalf,” Andersen said. “This last weekend Linzi (Micah’s wife) was able to attend two events in Boise, and events are scheduled through November here in Los Alamos. You can see the schedules for these events on the public Facebook page ‘Micah Jay Andersen’s Journey to Recovery.’ The donations to the Micah Jay Andersen Medical Fund at Los Alamos National Bank are already helping Micah and Linzi with expenses.”

The cards, posters, and candy bars continue to arrive for Micah from the elementary and high school students from local schools and the NJROTC, he said.

“This support all bolsters Micah’s spirit and he is amazed that so many people care and are thinking of and praying for him,” Andersen said. “The other gifts from quilts to crosses are received in the spirit given and have become ornaments in his and Linzi’s rooms and reminders of your caring and positive thoughts.”

Micah faces many minor surgeries and four more major surgeries; to shape his right leg for prosthesis, muscle transplants in his lower back, intestinal repairs, and repairs to his ears, which were damaged in the blast also, Andersen said.

“He is able to get around in his wheel chair now, and over the next several years will gradually become more and more mobile including walking and driving,” he said. “He usually has surgery on Tuesdays and Fridays. The skin grafts are doing well and his body continues to heal. He is eating well and regaining strength.”

“We expect Micah to be in the hospital for several more months, and to work at the CFI in rehabilitation for more than a year,” Andersen said. “Micah and Linzi are now going through the permanent change of station from Fort Bliss to Fort Sam Houston. They expect to be stationed there for a couple of years.”

Micah Andersen was a member of the Los Alamos High School Junior Reserved Training Officer Corps (JRTOC). In 2011, he graduated from Boise State and received his commission as a US Army Officer, Armor Branch. Prior to attending Boise State, Andersen served for three years in the US Army. He completed basic and advanced individual artillery training at Fort Sill, Okla., then served as a crewman on the testing team for the military’s new heavy portable artillery, and spent a year as an NCO in Iraq protecting convoy’s from Al Taji to Baghdad.