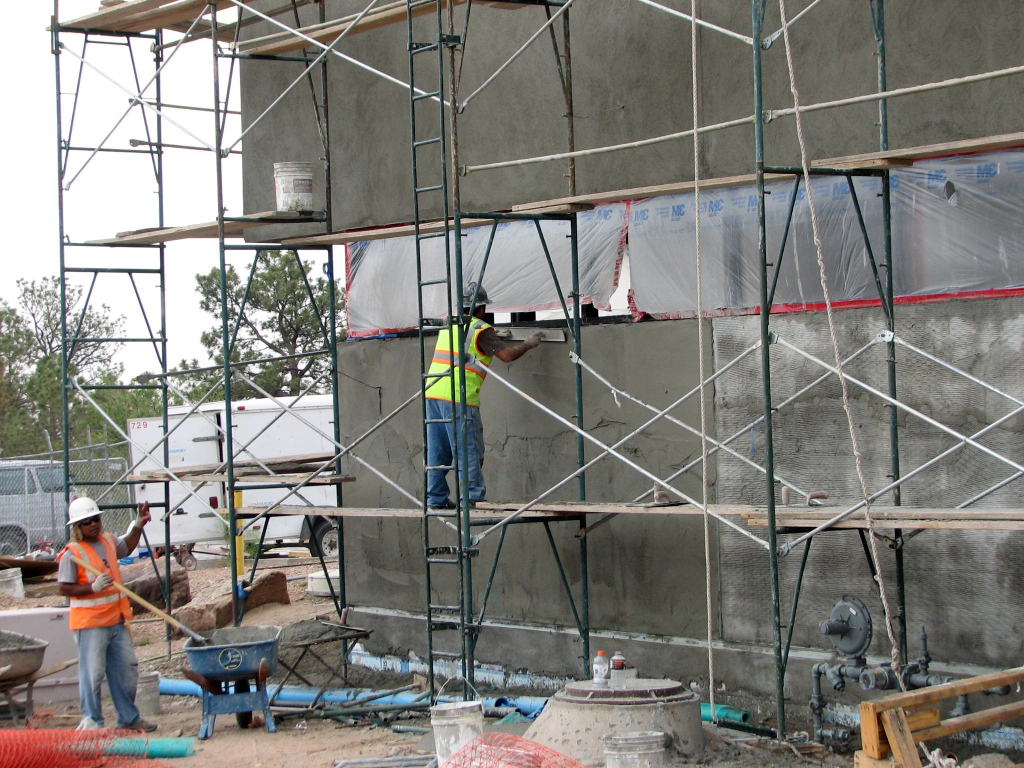 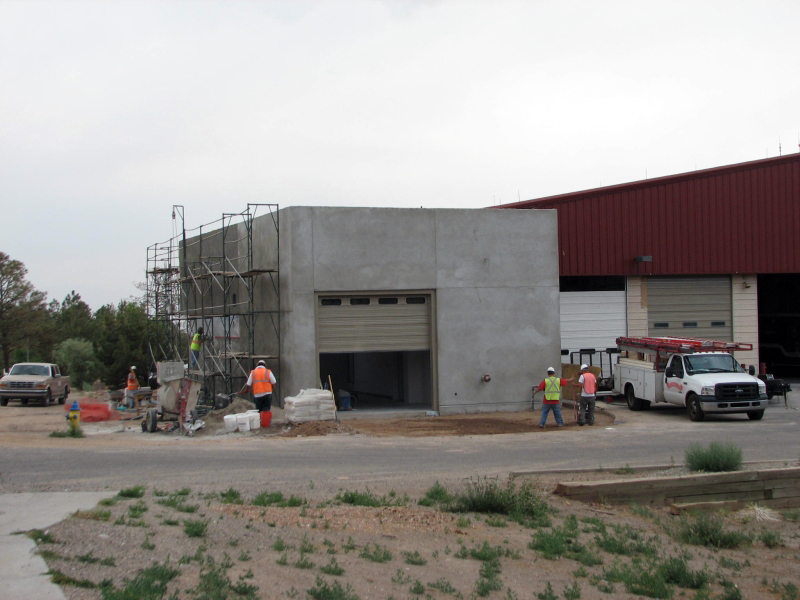 The Fire Station 6 remodel project is scheduled for completion by mid July. Photo by Leland Lehman/ladailypost.com
Staff Report
The remodeling project underway at Los Alamos Fire Department Station 6, 457 East Road near the airport has entered the stucco stage.
County Project Manager Wayne Kohlrust said the project is expected to be completed by mid July with final inspection sometime in August.
Kohlrust explained that one bay is being expanded to accommodate LAFD’s “Crash Truck” that services the nearby Los Alamos County Airport. At just 4 inches wider than the crash truck, the existing bay proved to be a bone of contention for drivers.
A second bay is under construction to accommodate a “Wildfire Truck” and the firefighters’ weight room is being expanded and additional storage space added to the station.
LAFD is the second largest career fire department in the state of New Mexico. The department provides a multi-disciplined, multi-dimensional mission of fire, rescue, emergency medical, public education and life safety services to the citizens and visitors of Los Alamos. Included in the services LAFD provides are the protection of the Los Alamos National Laboratory; protection of the communities of Los Alamos and White Rock; and assistance in the provision of emergency response for an extensive urban wildland interface.
LAFD was organized under the Manhattan Project in April 1943. At that time it consisted of seven civilian firefighters and 25 volunteer firefighters. In September 1943, the firefighter functions were taken over by the military.

The Fire Department was governed by the U.S. Atomic Energy Commission and the US Department of Energy until the Incorporated County of Los Alamos took it over in September 1989. 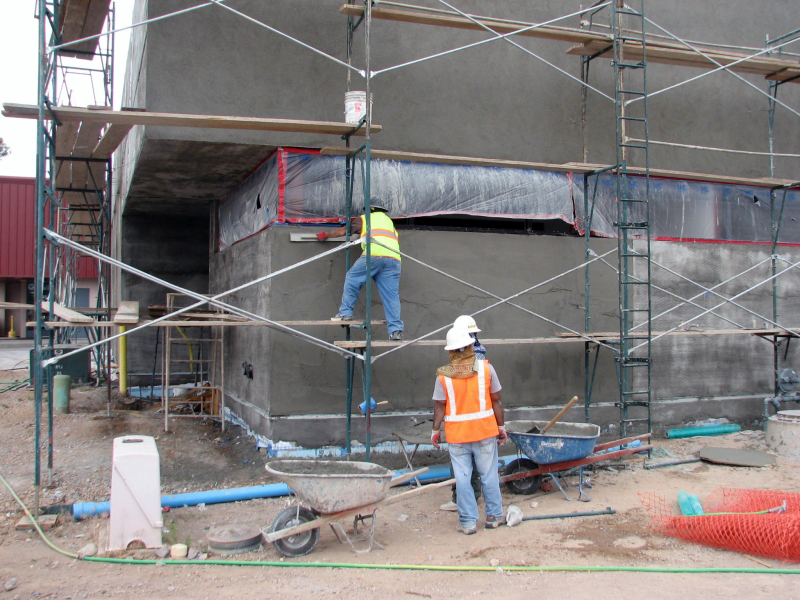 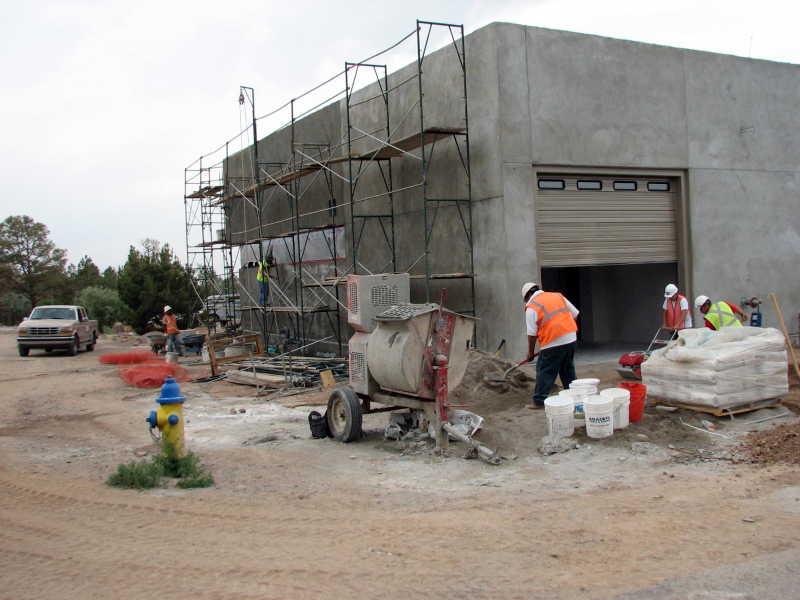