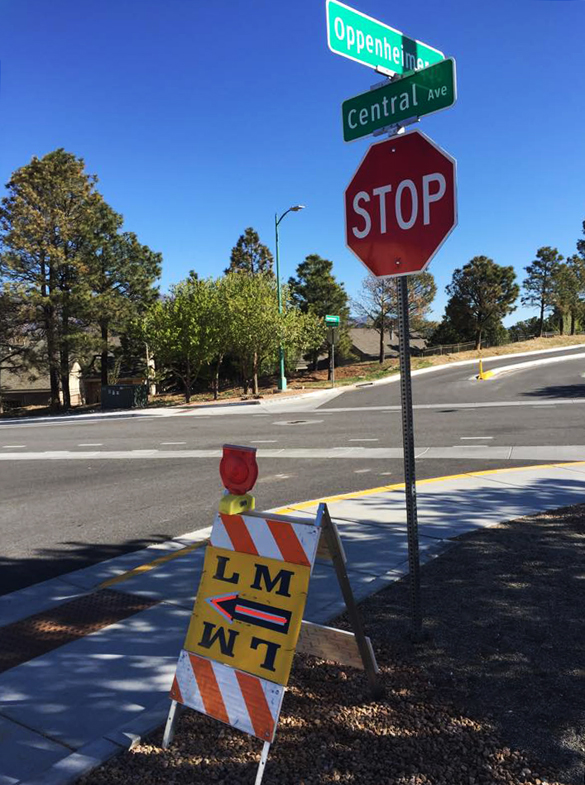 This familiar yellow and black sign spotted this morning is guiding actors and production crews through town to a film site for ‘Longmire’ at the Valles Caldera. Photo by Judith Stauber

Signs with the letters “LM” are posted around the area as filming is underway for “Longmire”, the hour-long drama series from Warner Horizon Television.

Los Alamos Film Liaison Kelly Stewart told the Los Alamos Daily Post this morning that filming is taking place at the Valles Caldera for about two days. Staging for the production’s vehicles and equipment is in the parking lot at the Immaculate Heart of Mary Church on Canyon Road.

Based on the Walt Longmire mystery novels by bestselling author Craig Johnson, Longmire is named after its central character, Walt Longmire (Taylor), the charismatic, dedicated and unflappable sheriff of Absaroka County, Wyoming, who is rebuilding his life and career after the death of his wife.

Widowed only a year, he is a man in psychic repair but buries his pain behind his brave face, unassuming grin, and dry wit.

For more information on the series, visit www.nmfilm.com.