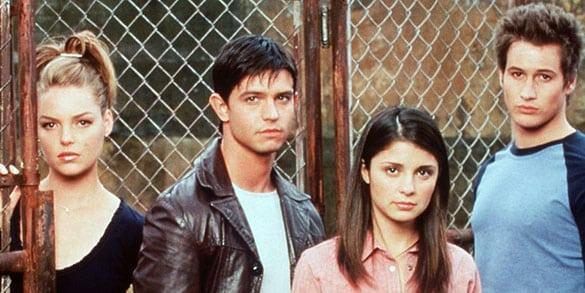 “We welcome back Warner Bros., an extensive collaborator in the New Mexico film industry, with this creative story based on historic events in Roswell, NM,” Maniatis said. “Our state’s unique history, crew, support services, and a very successful tax credit have drawn the producers back to our thriving industry.”

“We’re very pleased to have ‘Roswell’ shooting in the city and surrounding areas of Santa Fe. Warner Bros. in particular has been a long and trusted partner as we’ve built this industry in the region, so we are happy to keep building that partnership and creating jobs in our community,” Santa Fe Mayor Alan Webber said.

Las Vegas Mayor Tonita Gurule Jiron said, “Las Vegas, NM has a great history in films from the 30 plus silent films shot from 1913 to 1915 to the iconic film ‘Easy Rider’ and the hit TV series ‘Longmire’. We welcome the TV series ‘Roswell’ to the beautiful city of Las Vegas, NM.”

The Warner Bros. Television / NM Talent Inc series is produced by My So-Called Company, Amblin Television and Bender Brown Productions in association with Warner Bros. Television. Carina Adly MacKenzie (“The Originals”) wrote the pilot script and serves as executive producer along with Julie Plec (“The Vampire Diaries”, “The Originals”), Justin Falvey (“The Americans”), Darryl Frank (“The Americans”), Lawrence Bender (“Pulp Fiction”) and Kevin Kelly Brown (“Roswell”). It is based on the Roswell High book series, written by Melinda Metz.

After reluctantly returning to her hometown of Roswell, New Mexico, the daughter of undocumented immigrants discovers a shocking truth about her teenage crush who is now a police officer: he’s an alien who has kept his unearthly abilities hidden his entire life. She protects his secret as the two reconnect and begin to investigate his origins, but when a violent attack and long-standing government cover-up point to a greater alien presence on Earth, the politics of fear and hatred threaten to expose him and destroy their deepening romance. The series stars Jeanine Mason (“Grey’s Anatomy”).