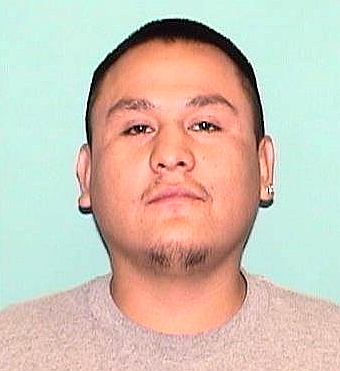 The FBI is offering a $1,500 reward for information leading to the arrest and conviction of a Shiprock, N.M., man wanted for the October 10, 2013, shooting of a woman at a housing complex on the Navajo Indian Reservation.

A federal arrest warrant charges Patrick Lynn Benally, 25, with assault resulting in serious bodily injury; assault with a dangerous weapon; use of a firearm in the commission of a crime of a violence; and offense in Indian Country.

Benally is accused of shooting a woman in the face in Fruitland, N.M. The woman was treated at a hospital, but her identity and whereabouts are not being released at this time.

Benally has relatives in the Durango, Colo., area, but he may still be on the Navajo Indian Reservation or in other areas of New Mexico.

Benally is Native American, about 5’5″ tall, weighs approximately 180 pounds, and has black hair and brown eyes. Initial reports indicated Benally may have been in a dark crew-cab pickup truck, but that vehicle has been located.

Benally is considered armed and dangerous.

Anyone who sees Benally or knows his whereabouts should not approach him, but should instead contact the Albuquerque FBI at 505-889-1300 (24 hours) or send a tip online at https://tips.fbi.gov.

The Navajo Nation Division of Public Safety and San Juan County Sheriff’s Office are assisting with this investigation.