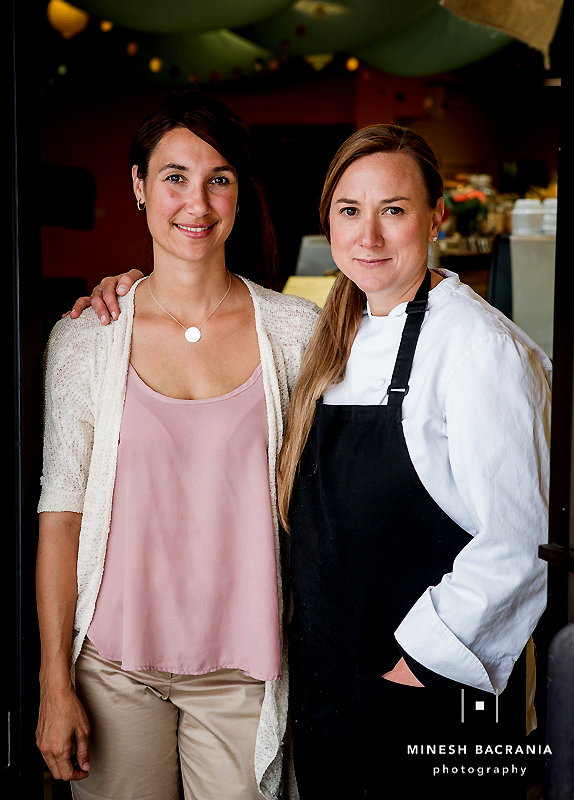 “Opening a coffee shop in the White Rock Community has been both challenging and rewarding,” Crochet said. “After nearly two years in business and much consideration, I feel honored to welcome Laura Hamilton, former executive chef of Rosebud, in her new venture, pig + fig bakery and café (all lower case).”

Hamilton is a native of Houston, Texas who moved to Los Alamos in 2009 after a distinguished career that took her to Las Vegas, Miami, Paris and then back to Houston.

Before graduating from the world famous Le Cordon Bleu in Paris, Hamilton began her culinary career at Brennan’s of Houston in 1998. She worked her way through the traditional brigade system and two years later was promoted to sous chef at this Gulf Coast landmark. While there, she also helped co-author two cookbooks and was on the opening team for Commander’s Palace in Las Vegas.

After returning from France in 2001, Hamilton worked for many years at Houston’s acclaimed Rainbow Lodge where she was nominated three times for Best Pastry Chef in Houston. During her tenure at Rainbow Lodge, Hamilton assisted in the successful execution of hundreds of wine dinners, wedding receptions, banquets and special events.

In 2004, she also helped launch the Vic & Anthony’s steakhouse concept. As Executive Pastry Chef there, she created another award winning menu and was once again nominated for Best Pastry Chef in Houston.

Since 1998, Chef Hamilton has taught hundred of cooking classes at Sur La Table, Brennan’s as well as various schools in the Houston area. Hamilton also taught weekly classes at the Holthouse Boys and Girls Club in Houston where she worked with inner city youth, teaching them to cook nutritious meals for themselves using limited resources.

When she moved to Los Alamos in 2009, Hamilton took a short break from cooking to spend time with her family. In 2012, she joined Pajarito Brewpub and Grill where she enjoyed creating both sweet and savory dishes. Now, Hamilton is excited to open the pig + fig bakery and café in White Rock where she is combining her passion for gourmet comfort food with her lifelong love of wine.

Hamilton is remodeling the former Rosebud Café at 35 Rover Blvd., Suite G and plans to open her new restaurant around the end of January. Check back at ladailypost.com for updates.