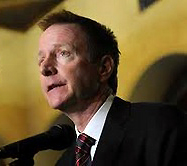 The indictment was returned today. Shankman is expected to turn himself in to federal authorities and make an initial appearance before a U.S. magistrate judge in the near future.

According to the indictment, Shankman engaged in a scheme to conceal assets to defraud creditors and the trustee who was appointed to collect and dispose of all Shankman’s assets in his bankruptcy estate.

A debtor is required to complete several documents to carry out the bankruptcy process, which consist of a petition which contains summary information about the debtor’s financial condition, various bankruptcy schedules, and a statement of financial affairs. That statement contains, among other things, detailed information about the debtor’s assets, liabilities, recent payments to creditors, past and current income, and anticipated future income.

Shankman, 46, filed for Chapter 7 bankruptcy in October 2008. The indictment alleges he concealed, transferred, and sold various pieces of fine art, decorative art, and jewelry and other assets without the knowledge, consent, and approval of the trustee or the bankruptcy court. According to allegations, the approximate value of the assets was $952,125.

Shankman was head of the Global Markets Division of Enron in 2001 before its collapse and served on the Art Committee of Enron.

In order for the bankruptcy system to work for all parties, it is imperative for the debtor to be truthful and forthright in all aspects of the bankruptcy process. The bankruptcy system is based on an honor system; the debtor agrees to provide all the necessary information requested by the trustee and to assist the trustee in collecting all assets of debtors and comply with the court’s orders to obtain the relief desired under the chapter the case was filed.

If convicted, he faces up to five years in federal prison and a possible $250,000 fine of on each count.

The case was investigated by the FBI and is being prosecuted by Assistant United States Attorney Quincy L. Ollison.

An indictment is a formal accusation of criminal conduct, not evidence. A defendant is presumed innocent unless convicted through due process of law.