Essay: On Being a Kid 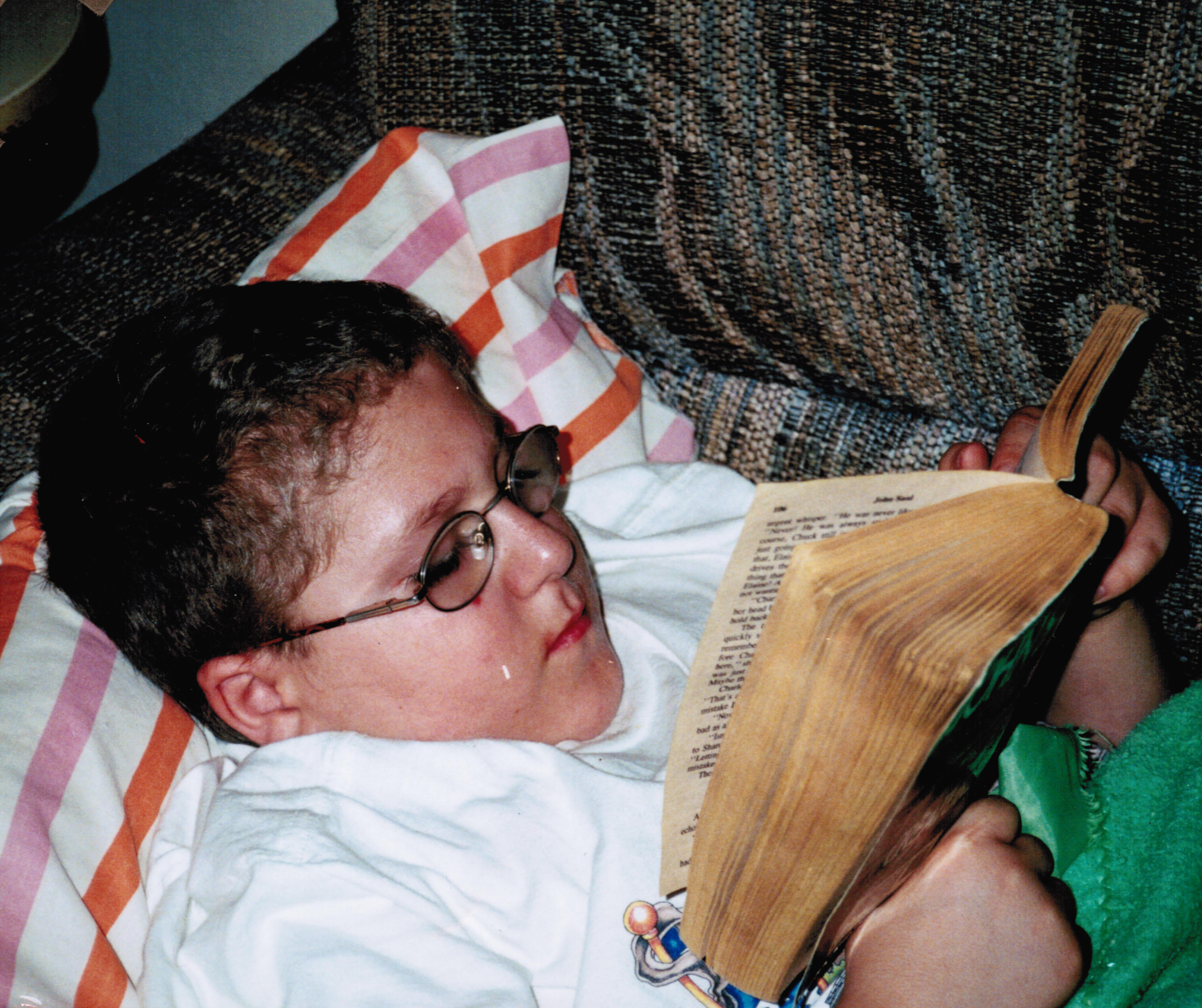 On Being a Kid
By DIANA MARTINEZ

When Chris was 5-years-old, he underwent surgery to address partial hearing loss from an ear infection and resultant scar-tissue tumors.

When he was 9, he lost most of his hearing after another surgery. Chris had been a “cool” kid with lots of friends and involved in sports, but when he showed up at school wearing hearing aids that in the technology-of-the-day resembled large music headphones, he felt different and was treated differently.

Sports weren’t fun wearing a large headset with a speaker box, and he couldn’t hear without it. At first kids thought he was a rebel for wearing “music headphones” in school. Chris quickly adopted that persona. And then he began isolating himself.

When Chris was 11, his father passed away. His mother mourned alone in her room and shortly afterward turned her attention to dating. Chris coped with his father’s loss alone. And still dealing with being different, he took to keeping a book in his hand at school, or went to the library so that he didn’t have to socialize.

When Chris was 15, his mother became a truck driver and only came home a few days out of the month. Chris opened the mail, paid the bills, bought groceries, cooked and kept up the house. He began visiting with others via instant messages and games at the dawn of the Internet via dial-up modems. He found supportive friends in groups with strict codes of conduct, and he learned structure and discipline through performing lead duties in games. By this time, technology helped reduce the size of his hearing aids. Coincidentally, Chris decided he wanted to be social again.

When Chris was in 10th grade, a mentor helped turn things around. An attentive teacher encouraged Chris to write things down. He started writing poetry, and after reading so many books, he felt confident. He received positive feedback from all his teachers, and he continued writing. In his writings he dealt with his emotions, feelings of isolation and loss, and his parents’ absence. When assignments required that he read aloud, it felt great to express his feelings out loud. Classmates applauded his work without understanding that it was personal, which he liked.

It was at this time Chris made concerted efforts to make friends and be friendly.

“You can be mad about all the stuff, but if you want to be a part of something, you have to change your own life, your attitude. If you are negative about yourself, you are going to be emitting negative energy. Once you accept who you are, it is easier for other people to accept you,” he said.

Chris McLaughlin went on to graduate from high school, move to Los Alamos, and is working his way through college. He studied computers and is now studying business. He has reconnected with family members, and is currently a Senior Member Services staffer at The Family YMCA and a Public Relations Representative at the Reel Deal Theatre.

Chris says it was because he was mentored, that he chose to become a mentor. He remembers what it’s like to be a kid, and he wanted to give back and be there for someone else. These days, Chris studies, works and spends one to three hours each week listening to and supporting his mentee.