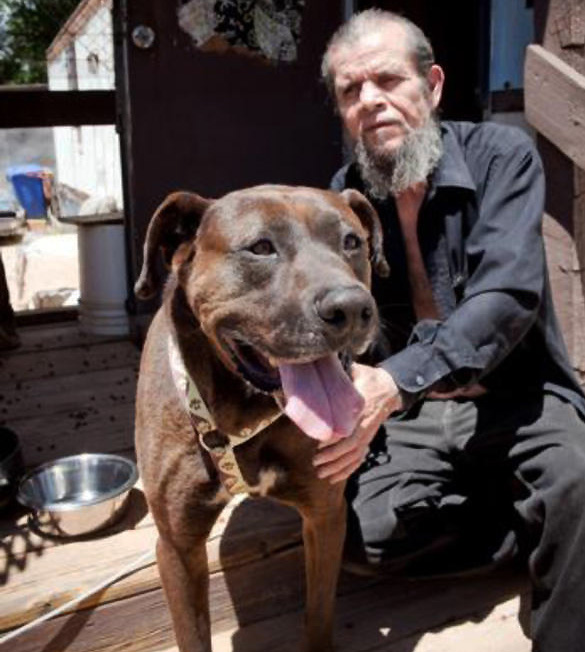 For years, Buddy lived in an Espanola trailer park with a chain around his neck. It’s not that his owner didn’t care. He just didn’t know better.

Today, Buddy sports a fashionable harness, thanks to the Pet Amigos outreach program of the Espanola Valley Humane Society (EVHS).

From getting dogs off chains to bringing them food, setting up mobile vet clinics and helping residents stem the fast growth of feral cat populations, what started as a door-to-door effort to provide animal care basics and promote spaying and neutering is changing the lives of rural northern New Mexico pets – and their owners.

For instance, the shelter in August announced a partnership with The Food Depot through its mobile pantry program. By the end of the year, the group, using food donated by IAMs, had delivered more than 560,000 bowls of pet food.

And this year, the shelter is expanding that outreach to addicts, in conjunction with Santa Fe Mountain Center’s needle exchange program in Espanola. It also will be expanding its mobile spay and neuter programs onto the nearby Okay Owingeh Pueblo.

The goal: to keep as many pets in their homes as possible while also reducing the number of unwanted litters and reducing the rates of euthanasia.

Reaching out to addicts is especially important in Espanola, where an estimated one in four adults has addiction issues. After seeing the success of the food bank delivery program, EVHS Executive Director Bridget Lindquist said Santa Fe Mountain Center approached her because so many of their clients have animals, often big dogs that have not been sterilized.

Through Pet Amigos, she said, the shelter is working to help addicts keep their dogs and get them spayed or neutered and properly fed.

“We are learning that a lot of these people, as troubled as they are, are actually responsible pet owners,” Lindquist said. “These pets are giving them a structure, a reason to get up in the morning.”

She said the program, which is in its pilot stage, also is proving to help the pet owners by breaking down walls of distrust. Since finding out they can get free pet food at the food banks, she said, some addicts who would normally be reluctant to seek help are now also getting food for themselves at the pantry.

Lindquist says the Pet Amigos outreach efforts started in 2013, when her team of managers grew concerned that the promotions of their free spay and neuter clinics, which are funded with grants from the ASPCA, were too passive.

“We realized that maybe we were being naïve and people didn’t really know about us,” she said.

So veterinarian Carolyn Fletcher and a small bilingual team took to the streets in a beat-up Toyota pickup with some basic supplies, including collars, food and tools to install rolling tethers when they found chained dogs.

Over the next 12 months, the team visited more than half of Espanola’s 2,500 households, meeting with the residents to educate them about animal care and the Shelter’s free spay and neuter clinics and low-cost vaccination programs.

“We found that people do really care about their pets but that lack of education and limited resources often limits their ability to care for their animals,” said the program’s coordinator, veterinarian Carolyn Fletcher. “Many of the people we spoke with didn’t even know the shelter existed.”

And many, like Buddy’s owner Beto, she said, “did not realize that it is not healthy to have a chain around a dog’s neck,” Fletcher said. 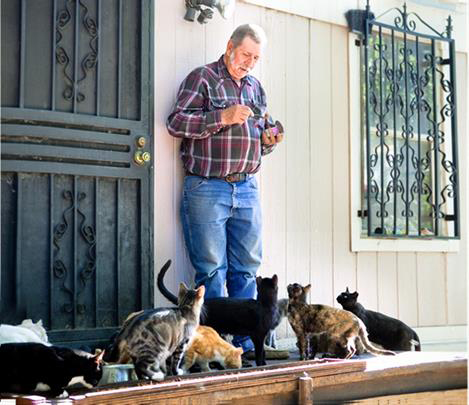 The program also is helping keep the feral cat population under control. On one visit, Fletcher and her staff met Mauricio Garcia, who began feeding a small family of feral cats that showed up about four years ago.

“I felt badly for them and began to feed them. Pretty soon the babies started having babies and before I knew it there were over 40 cats showing up at dinner time,” Garcia said.

Through Pet Amigos, the shelter helped trap the cats so they could be spayed or neutered and then returned. Today, the population is down to about 30 cats.

“I don’t believe in animal abuse and care for all types of animals,” Garcia said. “With Pet Amigos help I have been able to provide better care for these cats.”

The success of the shelter’s outreach and spay and neuter programs are being felt across the community, Lindquist says, with the number of pets coming into the shelter dropping below the number of animals being sterilized.

“Thanks to the continued support of our generous donors and volunteers,” Lindquist said, “we look forward to expanding our outreach in 2015 and adding programs to improve the quality of life for across the Espanola Valley.”

The ASPCA and other donors help fund the EVHS Pet Amigos and spay and neuter programs. But the grants only cover about $50 of the $78 cost for neutering and vaccinating each pet. The shelter still needs to raise about $125,000 to fully fund its programs in 2015. EVHS also accepts every unwanted animal brought in from community residents, regardless of how old, sick or abused.