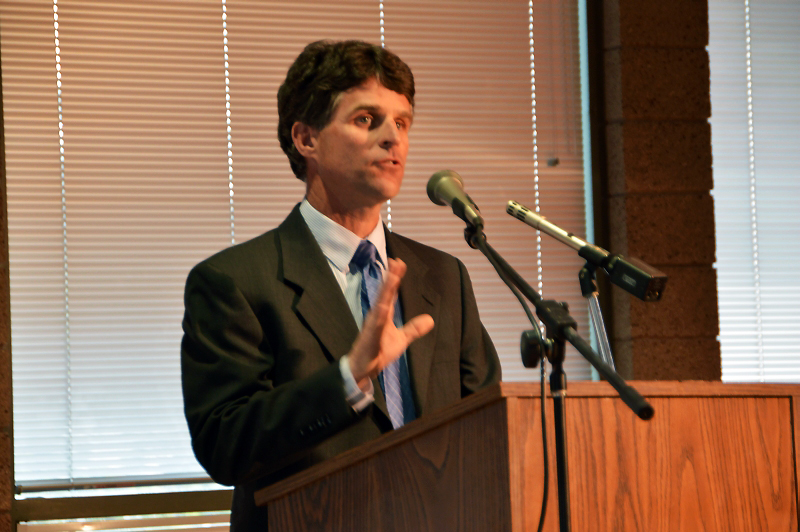 Megan Hemphill is a charming Alice in NMDT-PC’s ‘Alice’, which opened Friday at Duane Smith Auditorium. Photo by Carol A. Clark/ladailypost.com 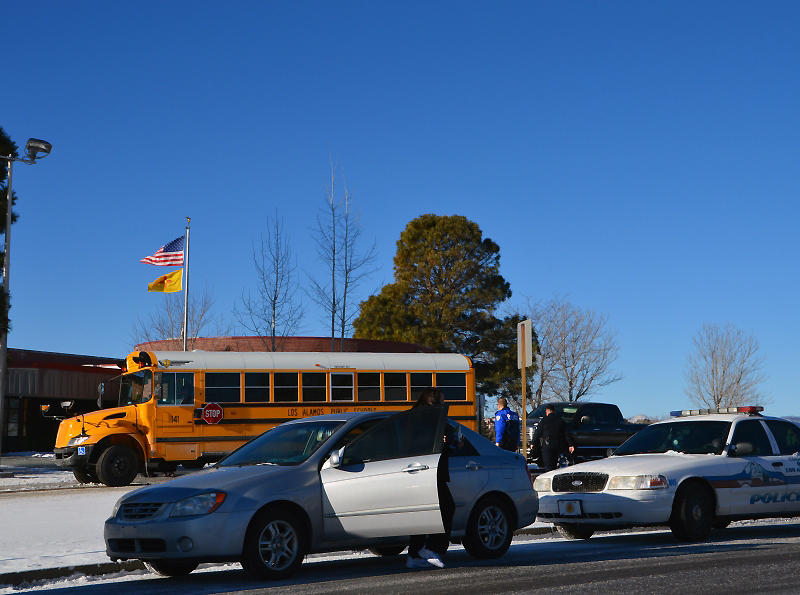 New Mexico Dance Theater Performance Company’s “Alice,” opened Friday at Duane Smith Auditorium. Susan Baker-Dillingham’s original ballet version of “Alice in Wonderland” is a must see. The show originally premiered in 2009 and the new production lives up to the original.

Front and center is Baker-Dillingham’s choreography. I have been amazed over and over again by how Baker-Dillingham creates original ballets that thrill and delight. They always include fun to watch roles for younger dancers as well as show-stopping solo numbers. “Alice” is no exception. The animal characters portray their natures to perfection, as do the humans, through their dancing. One of the miracles of good choreography is its ability to show character and emotion without saying a word.

I love corps de ballet numbers. The spectacle of dozens of dancers performing as one delights me as much as any perfect solo, and there are some wonderful examples in “Alice.” My favorites include the mad tea party, complete with a dancer on a swing above the table and live teacups, and the croquet match with its living playing cards serving as wickets, and dancers wielding flamingos as crochet mallets.

If the devil is in the details, so is the good fairy. Baker-Dillingham’s attention to detail always makes her ballets a delight.

Holly Haas has designed magical sets that include a rabbit hole down which Alice descends to the stage and a room that shrinks and grows, among other delights. The sets create the surreal world of “Alice in Wonderland” to perfection.

Costumes designed by Baker-Dillingham and Kenda Bultman and updated by NMDT-PC Costume Mistress Marcy Anderson and seamstresses Gay Farley and Sara Scott are just wonderful. The animal costumes especially impressed me. And wait until you see the teeny tiny chef’s outfits.

I must give a shout-out to Prop Mistress Winnie Lamartine. The clever props add so much to the production.

The NMDT-PC cast of 42 dancers does a great job.

Megan Hemphill is a charming Alice and Naomi Joyce a whimsical White Rabbit. These two are the heart of the show and they are wonderful.

All the animal characters are terrific, including: Becky Cai in a challenging role as The Caterpillar, Katie Osburn as a shy fawn, Louisa Belian as a proud Unicorn, Akane Dunn as a frisky Cheshire Cat and Chris Jeffery as the slow-moving Turtle. Giovanni Echave as The March Hare strikes a mix of animal and human that works wonderfully.

Devon McCleskey as The Mad Hatter was a real crowd pleaser, earning two outbursts of spontaneous applause during his solo.

Taylor Rose Ortega and Ashlyn Baker as Tweedledee and Tweedledum are tons of fun.

Other standout performances were given by Sarah Dale as The Queen of the Living Flowers, Emily Brown as a haughty Queen of Heart and Charles Tseng as her hapless consort, The King of Hearts.

“Alice” will be performed twice more: at 7:30 p.m. today and 2 p.m. Sunday. Tickets are available for purchase in advance at Uli’s Cottontails or at the door 45 minutes prior to performances. They are $15 for adults, $10 for students and seniors. Children 4 and under are free. 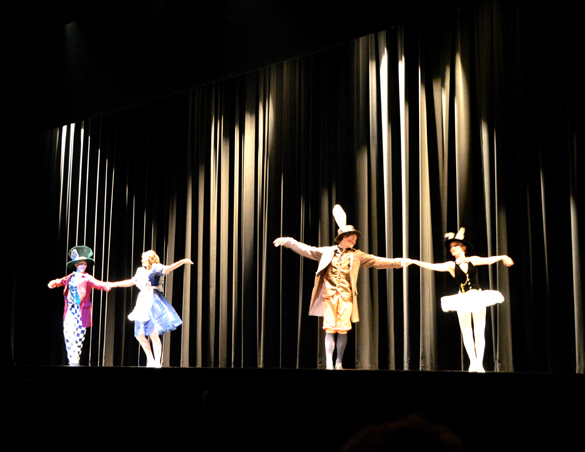 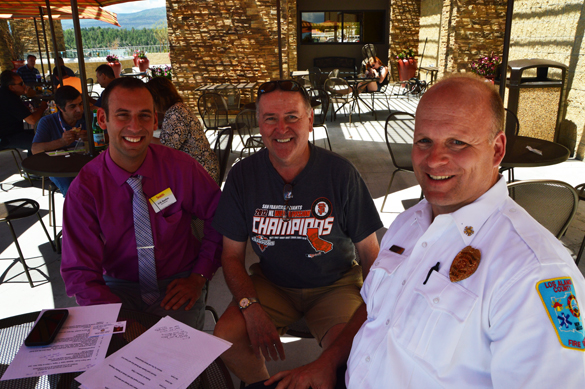 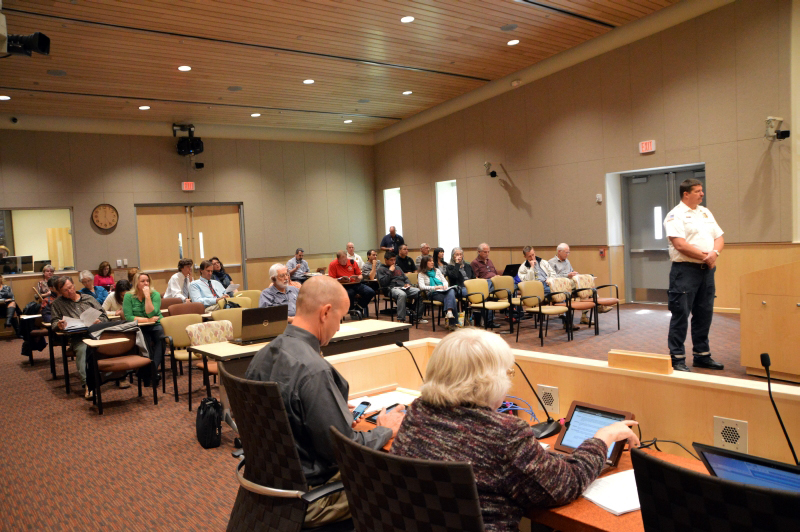 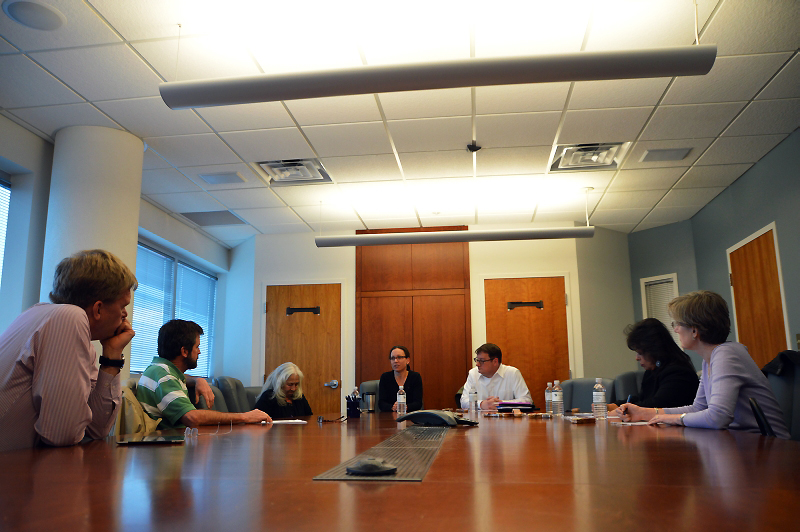 Audience members settle in to watch Friday’s opening of ‘Alice’ at Duane Smith Auditorium. Photo by Carol A. Clark/ladailypost.com