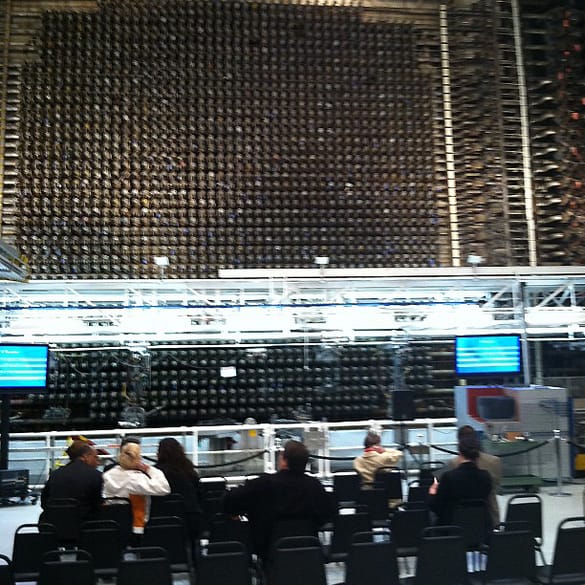 The local contingent of community, business and civic leaders visiting Richland, Wash., this week as part of the Energy Alliance Committee conferance discussing the possible inclusion of Los Alamos, Oak Ridge and Hanford as a unit in the national park system had an opportunity to tour the B Reactor at Hanford today. Photo by Kevin Holsapple 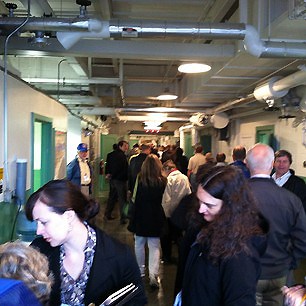 The B Reactor is one of the most historic buildings at Hanford. It was given the code name, “105-B” during World War II. The B Reactor was the world’s first, full-scale nuclear reactor and produced the plutonium used in the “Fat Man” bomb dropped over Nagasaki, Japan, in August of 1945. Five days after that bomb was deployed, World War II ended. Photo by Kevin Holsapple 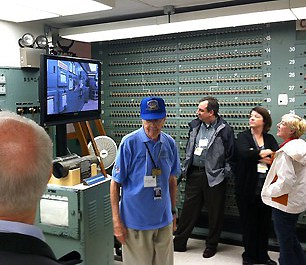 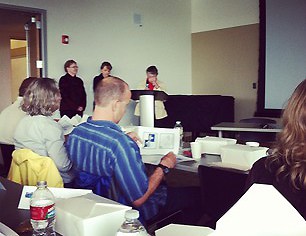 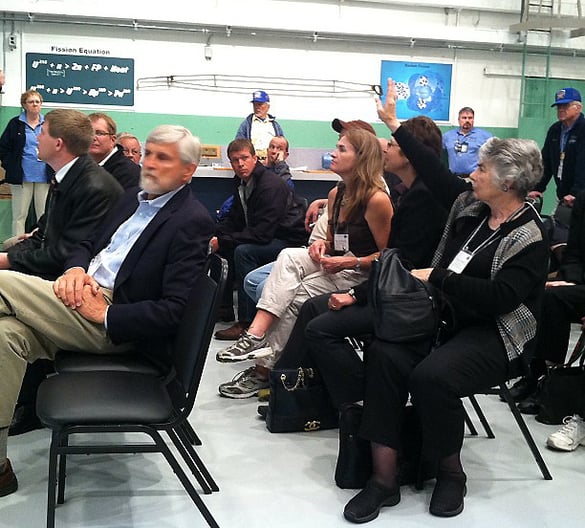 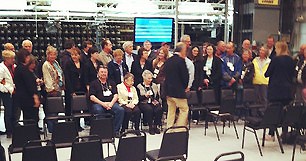 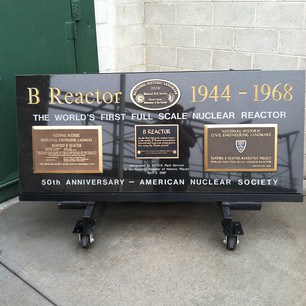 The B Reactor is an engineering marvel that was built in only thirteen months (1943-1944). As the world’s first nuclear reactor, drawings and blueprints were being developed at the same time the reactor was being constructed. It wasn’t unusual for crews to be given hand-written notes or sketches to guide them during the construction process. Many of the specialized tools needed for the project hadn’t been invented, so Hanford crews often designed and built their own tools. Since there were no computers when the reactor was being built, calculations for the project were done using slide rules or a pencil and paper. In addition, since the construction work at Hanford was taking place as World War II was being fought, all of the work to build B Reactor and the other facilities at the Site was done in secret. While more than 50,000 construction workers were brought to Hanford to build these facilities, very few of them – less than 1 percent – knew exactly what they were building. The crews were told not to discuss their work with anyone. They knew that they were involved with “important war work,” but they weren’t told anything else. Construction workers knew only their job assignments, and didn’t ask questions about the work other workers were doing or developments in other facilities on the Site. Those who did ask were often relieved of their duties at Hanford and sent elsewhere. The Du Pont Corporation was the main contractor during construction of the reactor, agreeing with the United States government to build the reactor – and indeed the whole Hanford Engineer Works – for costs plus $1. As Du Pont’s team completed the project early, they were only paid 67-cents profit for the project. Photo by Kevin Holsapple