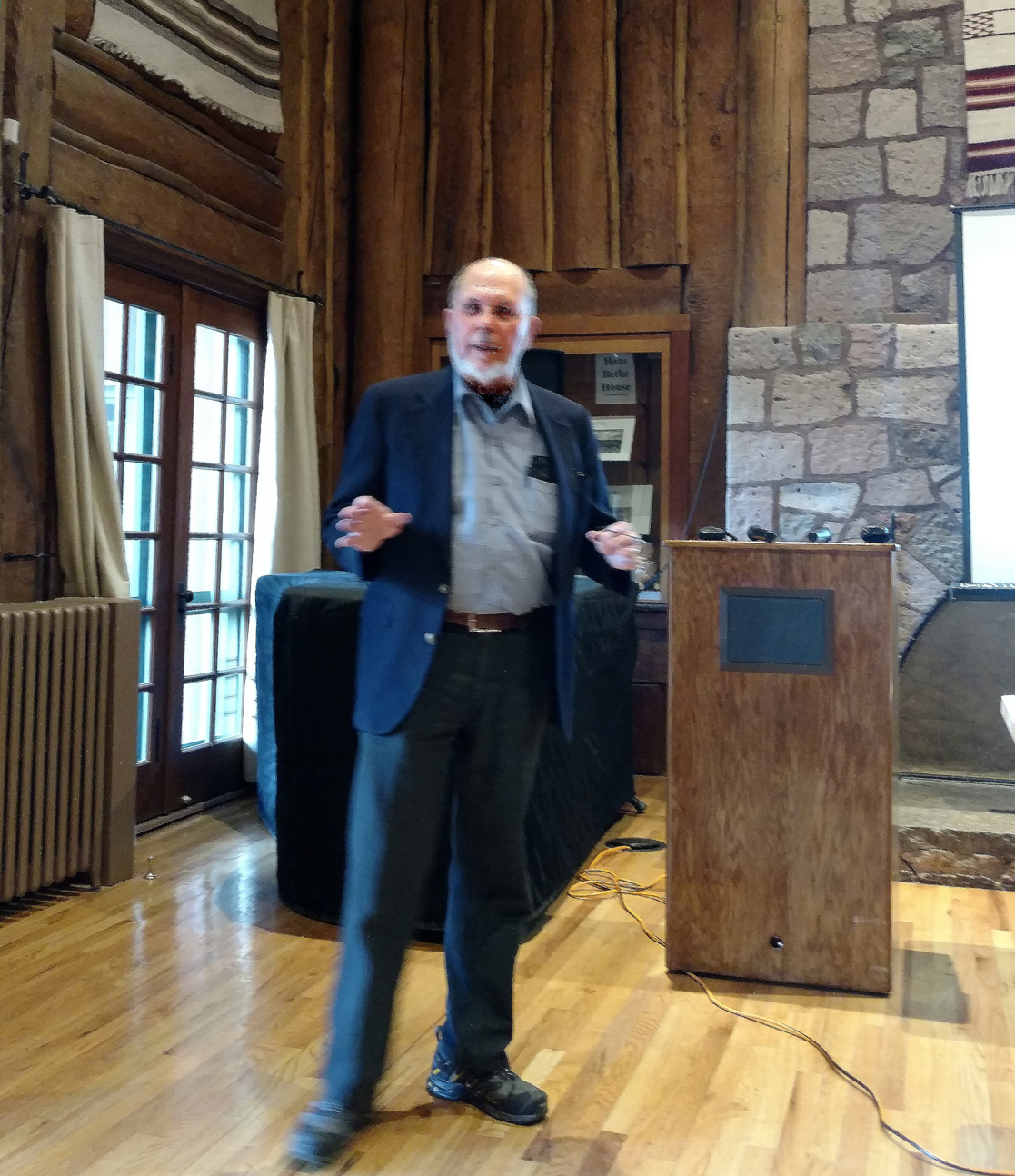 UPTE’s Jeff Colvin discusses a strategy for taking the profit out of the next LANL contract. Photo by Roger Snodgrass/ladailypost.com

When the Los Alamos National Laboratory management and operating contract goes up for bid in 2018, one of the most interested and potentially vulnerable groups is a core of ten thousand LANL employees.

While they are routinely patronized and flattered and sincerely thanked in public by upper level managers as the heart and soul of the enterprise, they are also usually the people with the least say about what kind of contract there will be or how that might address endemic problems in the system.

Collectively, LANL employees are a big part of the culture that the blue ribbon panels, high-level advisory boards and National Academy studies implicate in the problem, but rarely poll or include in the dialogue about the future of the lab.

Last week, the Union of Professional and Technical Employees, which has tried for many years without success to organize a bargaining agreement at Los Alamos, introduced what they call a framework for structuring the proposal for the contract acquisition.

“We want the labs to be operated by a non-profit entity,” UPTE Executive Vice President Jeff Colvin said in an interview before a public meeting Wednesday evening at Fuller Lodge. “The privatization of the lab has had a big negative effect on laboratory science and national security and that alone has changed the whole culture of the lab, the way it operates and the way science is done here.” Colvin said. “The current management by limited liability corporations (Los Alamos National Security and Lawrence Livermore National Security, for example) hasnot solved the problems they were meant to resolve and have instead created a host of new problems,” Colvin said.

The root of the problem in the profit-making structure, according to Colvin has been the degradation of the science mission at the laboratories caused by “a focus on meeting project milestones so the bosses get their management bonuses.”

But it’s not enough to say management is bad and we have to get rid of them, he said. “We have to go further and specify what we want to see in a new management document.”

There are three components that need to be developed in order to effectively participate in the way the request for proposal is written, Colvin said, starting with developing a coalition of partners who share the primary goal of returning management to a non-profit entity, whether as a public university or consortium of universities or some other partnership of not-for-profit organizations. Further, UPTE proposes to bring these partners together with other stakeholders in the community to lobby the decision-makers in Congress and the federal government.

Colvin acknowledged that one major challenge, “where we could use some bright ideas,” has to do with the revenue windfall that county governments and the state of New Mexico currently take for granted, because of the taxable, profit-making nature of the contract with LANS.

Among the provisions of the next contract, key proposals include designing a document for the award-term only, without automatic yearly extensions of the award term. Another provision would require the Management and Operating Contractor to include a representative spectrum of laboratory employees in the ongoing planning and decision-making process, Colvin said.

In the UPTE framework, that decision-making process can be significantly improved by the way management is structured, by management accountability and transparency and by closer management-workforce cooperation on issues related to fair compensation and retiree health and pension benefits.

During the presentation and discussion that followed, Colvin answered questions and encouraged feedback from about twenty participants. Several people wanted more information, more numbers about laboratory productivity and management restructuring. Suggestions and questions about the gross receipts tax snag were batted around with some ideas to pursue about Payments in Lieu of Taxes and other kinds of legislative solutions.

“This is a tough place,” Colvin said before the meeting. “This is the only local within our union, where the employees do not have a collective bargaining agreement. The members here are dues paying members but without a contract, so that makes a big difference in labor law in what we can and cannot do.”

UPTE is a recognized union with locals at all 10 campuses at the University of California, all five university hospitals and three community colleges. Lawrence Berkeley and Lawrence Livermore national laboratories both have recognized bargaining units.

“Here the laboratory management can deny us access to the site and meetings,” Colvin said. “They don’t have to, but they can and they do, which is not true of other places where we can have our staff people on the site, where we can hangup our placards and flyers.”

UPTE makes no secret that they need more help from LANL employees in redefining the management contract in their favor and that the union will be actively seeking new recruits and renewed commitments from the laboratory workforce.