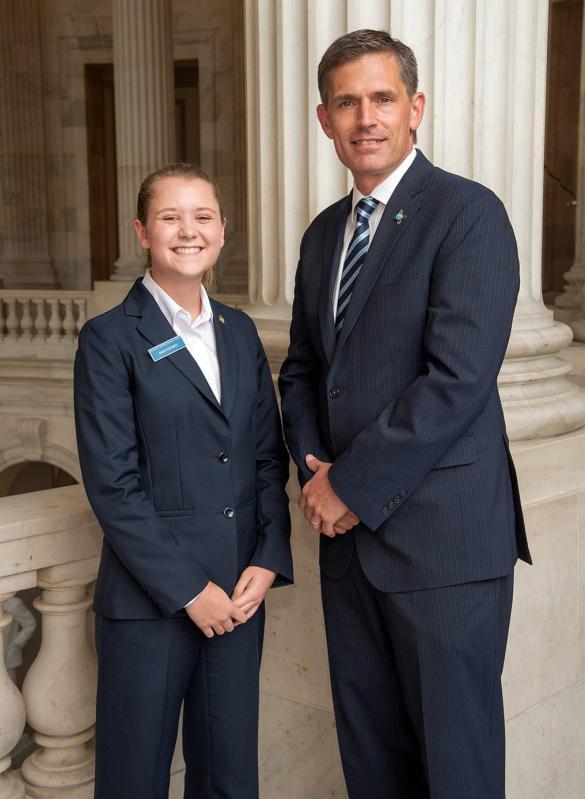 Emily Holmes, 16, of Los Alamos with U.S. Sen. Martin Heinrich this summer during her time serving as a Senate Page in the nation’s capital. Courtesy photo 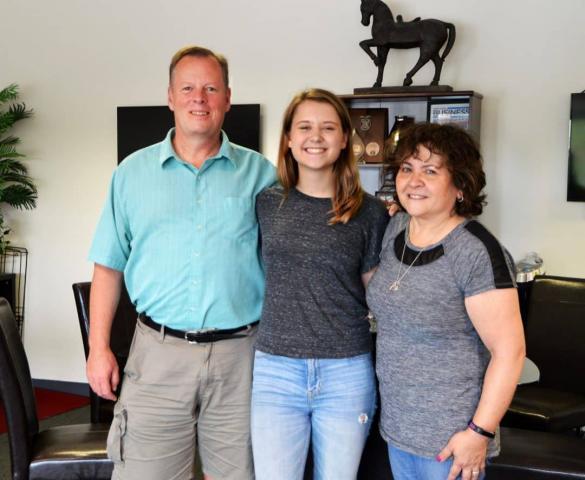 “The first week was a little rough because there were 45 of us from across the country and we all had different perspectives,” Holmes said. “But we all became friends pretty quickly. I had five roommates and we grew super close during our time there.”

Seeing the Senate in action was extremely interesting, she said.

“The first night I arrived there, President Trump announced his Supreme Court pick so there was a lot of excitement about that.” Holmes said.

Anytime the Senate is in session the pages are on the floor working, she said, adding that they typically arrive for work at 9 a.m. and had a couple of late nights during her month in the program.

“I’m grateful to Emily Holmes for her diligent service through the United States Senate Page Program. Pages are essential to the daily operation of the Senate, delivering legislative materials throughout the U.S. Capitol and assisting senators and staff on the Senate floor. I especially appreciate Emily’s commitment to bring what she learned in Washington back to New Mexico. I look forward to seeing how she develops as a young leader in her community and contributes to our state’s future in the years ahead,” U.S. Sen. Martin Heinrich said.

Holmes, 16, is the daughter of Nan and Rich Holmes of Los Alamos. She brought her parents with her recently to a meeting at the Los Alamos Daily Post to talk about her experience in Washington.

“We’re incredibly proud of her … the fact that she found out about this program on her own and completed the process is just wonderful,” Nan said.

Rich explained that when he and Nan dropped their daughter off to begin her month as a page during the July session, they had the opportunity to tour the page dormitory and meet with the Sergeant of Arms.

“Before that I did not realize how important the pages are … they are so essential to the smooth running of the Senate,” Rich said.

Holmes contacted the offices of both New Mexico senators Tom Udall and Martin Heinrich. She said that Sen. Heinrich’s office responded first. She was accepted and served as the first page he has ever had in the program.

“I’d like to thank Senator Heinrich for giving me this opportunity and especially his staff for all the help they gave me while I was in Washington,” Holmes said. “I applied for this program because I love government. The Senate is the heart of it and it just seemed like the place to be. I got out of it a deeper understanding of both the House and Senate … there’s so much more going on than most people understand … and I was able to see that there are many friendships across the aisle among the law makers.”

Last week, Holmes entered her junior year at LAHS and Principal Carter Payne commended her for her service in the Senate.

“Los Alamos High School is very proud of Emily Holmes. She has taken advantage of a wonderful service learning opportunity in the US Senate and will certainly bring her experiences home and apply them to our school’s student government,” LAHS Principal Carter Payne said. “We thank Senator Heinrich and the US Senate for their support to new Mexico’s students, teachers, and educational institutions.”

Holmes said she hasn’t completely decided what she intends to do as a career but is quite certain it will involve public service. 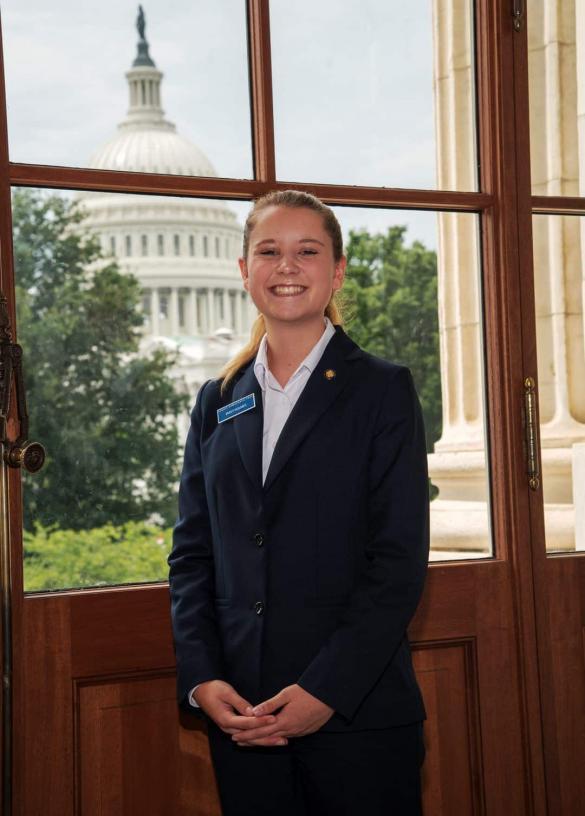 LAHS junior Emily Holmes during her time serving as a Senate Page in July in Washington, D.C. Courtesy photo