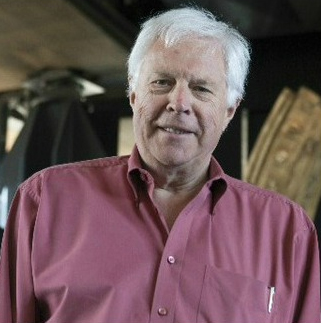 We’re all familiar with the Met Opera’s (and other opera companies’) video transmissions of productions on the big screen which view the action through the “fourth wall” of the stage.

Here, the focus will be to define what makes a filmed version of an opera different from a video presentation of a live, on-stage opera performance.

While many opera directors have also been filmmakers (examples include the Italians Luchino Visconti and Franco Zeffirelli, the British Peter Brook, and the French Jean-Pierre Ponelle), this presentation will focus on extracts from films made by film directors who have had very little or no involvement as directors of opera on stage.

These include Ingmar Bergman’s The Magic Flute (1975), Joseph Losey’s Don Giovanni (1968), and Michael Powell and Emeric Pressburger’s The Tales of Hoffmann (1951.)

John Webber has had a lifelong interest in both film and opera, seeing his first opera in 1958, Aida with Leontyne Price at London’s Covent Garden.

This more-or-less coincided with a viewing of Jean Renoir’s anti-war masterpiece, Grand Illusion.

At West Ham College in London and as Director of the San Francisco State University Cinematheque, he taught classes on film.

He also directed and programmed film festivals in the Bay Area and the National Film Theatre in Canada.

Webber’s presentation is open to members of all opera guilds at no charge. Non-members $10, or join at the door from $35 per year.