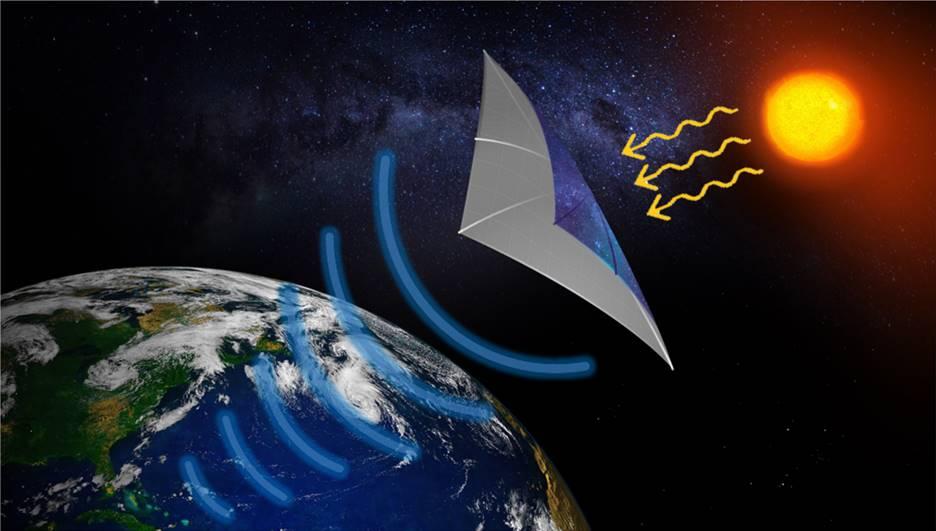 KIRTLAND AFB – In honor of Earth Day, the Air Force Research Laboratory (AFRL) is highlighting its efforts towards harnessing the Sun’s energy, converting it to Radio Frequency (RF) energy, and beaming it to the Earth—providing a green power source for U.S. and allied forces.

Key technologies need to be developed to make such a complicated process a reality. As a response to this challenge, AFRL formed the Space Solar Power Incremental Demonstrations and Research (SSPIDR) project to develop the critical technologies needed for such a system.

A major objective of SSPIDR is to break the one-meter-squared aperture threshold for solar power capture and conversion, and beam that energy to the ground which AFRL will do with Arachne – SSPIDR’s flagship flight experiment.

A large scale, space-based solar power system will collect solar energy, convert it to a radio frequency (RF), and beam it to a receiving station on the ground. The receiving station will then convert the RF into clean, usable power. An operational system like this would provide a capability to utilize solar power anywhere on the globe regardless of weather or latitude, day or night, and without vulnerable logistics lines.

Space Solar Power has been internationally recognized as a foundational capability in need of development. It enables exploration, military advantage, as well as economic growth and commerce with more sustainable energy sources. Therefore, it is important to research possible solutions to overcome the technical challenges a space-based solar power capability presents.

The Air Force Research Laboratory (AFRL) is the primary scientific research and development center for the Department of the Air Force. AFRL plays an integral role in leading the discovery, development, and integration of affordable warfighting technologies for our air, space, and cyberspace force. With a workforce of more than 11,000 across nine technology areas and 40 other operations across the globe, AFRL provides a diverse portfolio of science and technology ranging from fundamental to advanced research and technology development. For more information, visit: www.afresearchlab.com.