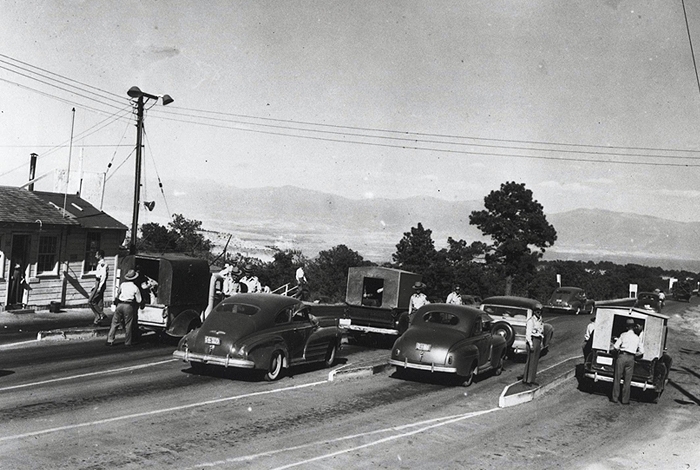 The early social history of Los Alamos during Los Alamos National Laboratory’s Manhattan Project beginnings will be discussed at a talk by Jon Hunner at 5:30 p.m., May 8 at the Laboratory’s Bradbury Science Museum.

The talk is part of the Laboratory’s 70th anniversary lecture series.

Hunner heads the Department of History at New Mexico State University and is responsible for administering the department and teaching U.S., New Mexico and public history courses.

Hunner will talk about the “instant city” that was created when Los Alamos was selected as one of the Manhattan Project sites in the 1940s, how Los Alamos quickly grew to accommodate scientists, researchers and their families, and military personnel, and how these individuals worked at a feverish pace to create the world’s first atomic bomb.

Hunner has a bachelor’s degree in philosophy from St. John’s College in Santa Fe, and master’s and doctoral degrees in history from the University of New Mexico.