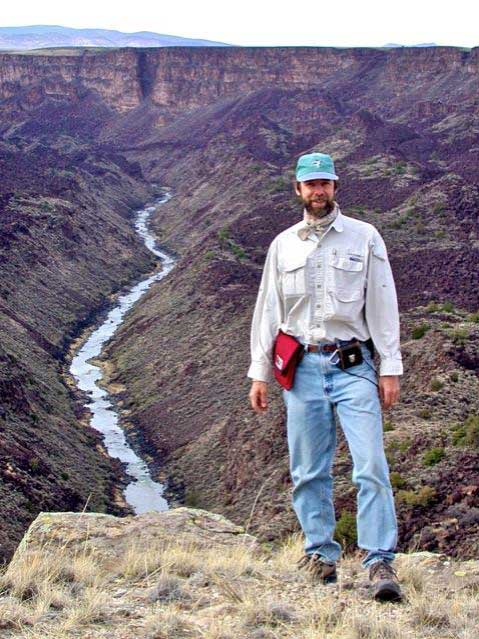 Dr. Paul Bauer of the New Mexico Bureau of Geology & Mineral Resources is the featured speaker for the Los Alamos Geological Society’s 2013 Banquet.

The community is invited to attend the event, which begins at 5:30 p.m. Saturday, Jan. 26 at the Christian Church, 92 East Road, and at 7 p.m., Bauer will present his talk.

Titled “Down the Rio Grande: A Paddler’s Perspective of Rocks and Rapids,” Bauer’s presentation is a geo-photo-journey down the northern Rio Grande, with an emphasis on the river hydrogeology and the evolution of the sublime landscape.

It will include some thoughts on the birth and adolescence of the mighty river, where it gets its water, and its remarkable system of springs.

The talk also explores the geologic setting of rapids along the river, the Tertiary battles between water and lava, and tidbits of riverside human history as diverse as gold mining and astronaut training.

Bauer is a principal geologist and associate director at the New Mexico Bureau of Geology & Mineral Resources at New Mexico Tech.

He received his Ph.D. in geology from New Mexico Tech in 1988. Bauer served as manager of the state’s Geologic Mapping Program for 12 years, and was program coordinator for the New Mexico Decision-Makers Field Conferences for 10 years, a program designed to bridge the gap between earth scientists and policy makers.

Since his first Taos Box rafting trip in 1980, Bauer has spent much of the last 30 years investigating the geology and hydrogeology of north-central New Mexico. He has led many field trips to the area, including educational whitewater rafting tours.

Bauer’s current research is focused on using field studies to describe the geologic evolution of the mountains and basins of northern New Mexico, and the hydrogeologic conditions of the Upper Rio Grande region.

He has co-authored a series of geologic quadrangle maps of Taos County, has written a wide variety of books and articles on the geology of the region, and in 2007 completed a study of the springs of the Rio Grande gorge.

In 2011, he combined an enthusiasm for whitewater adventures with an interest in earth science education by publishing the award-winning book The Rio Grande: A River Guide to the Geology and Landscapes of Northern New Mexico. The book will be available for sale and signing at the banquet.

The meal will be catered again this year by the Los Alamos Cooperative Market. The price is $25 per person. To reserve a ticket, contact Rick Kelley at rickkelley1431@gmail.com or call 505-412-2967.