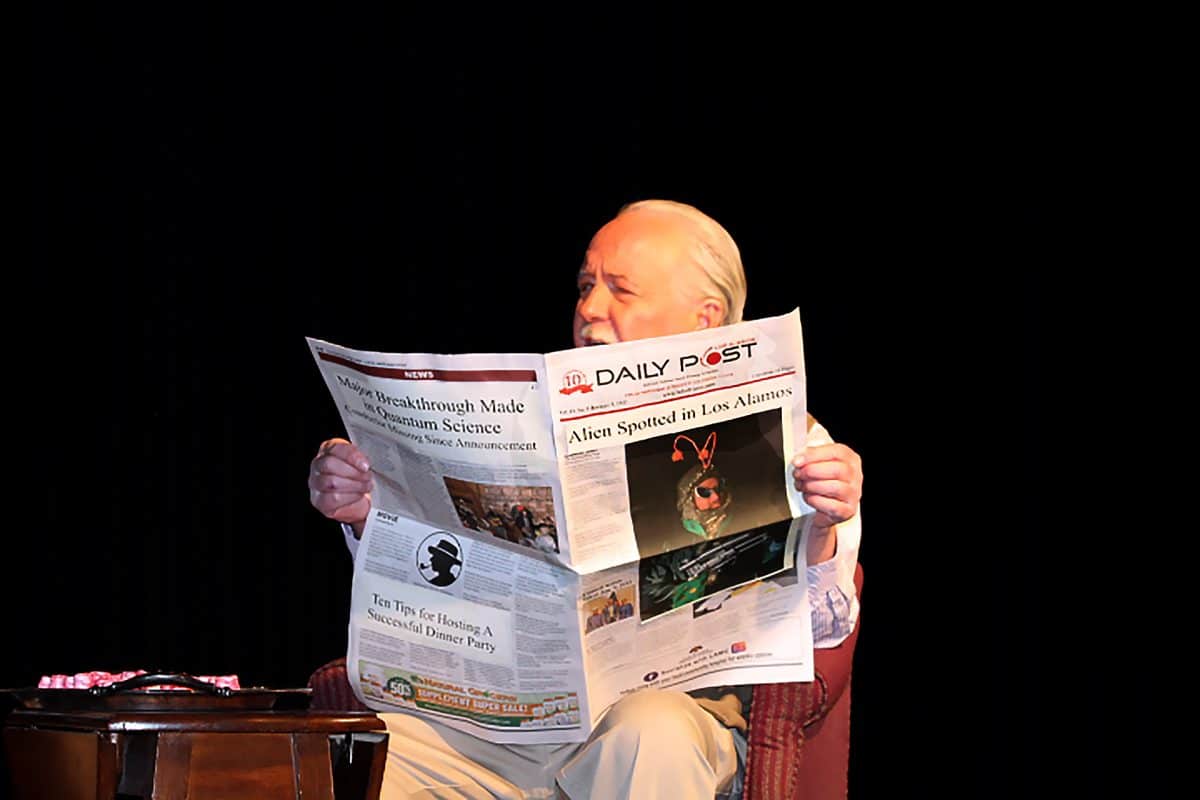 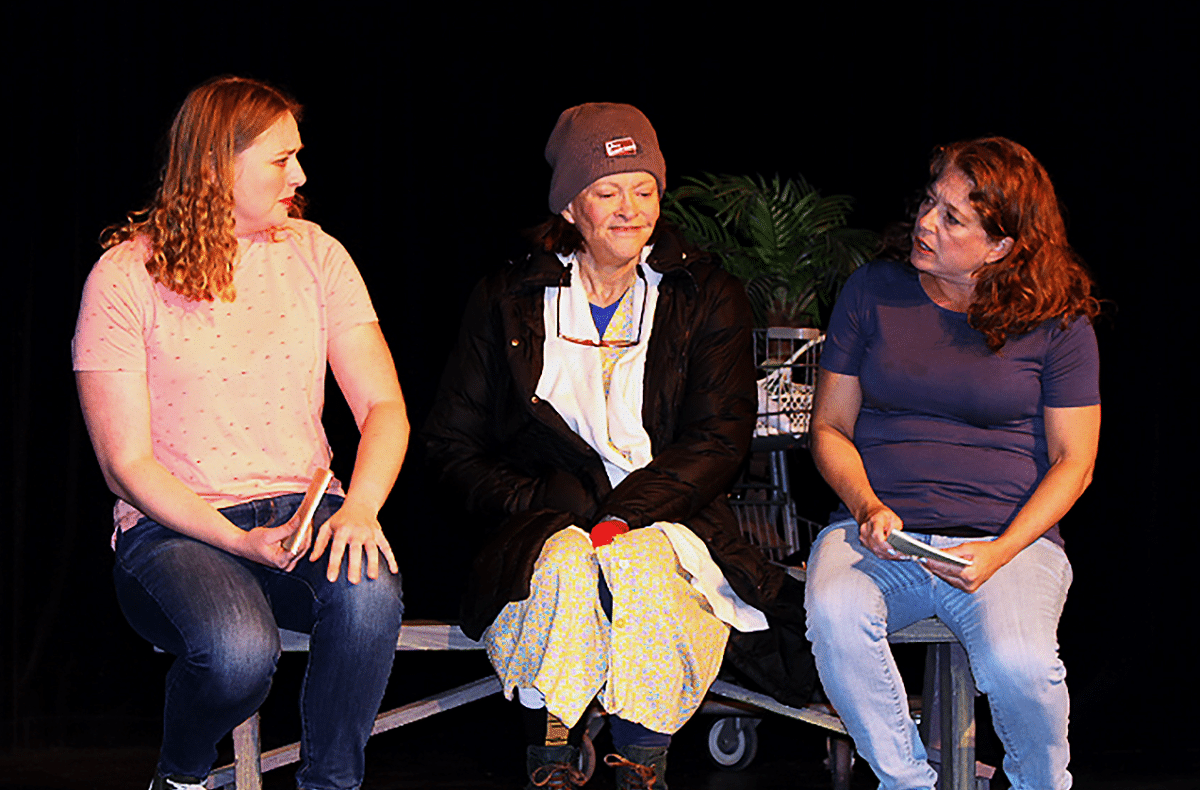 It’s time for the Los Alamos Little Theatre’s (LALT) one-acts. This year, the series is called “8×10: 7 Come 11”. I look forward to the one-acts every year. Short plays present a miniature slice of life. Playwrights must cram their meaning into a few short minutes on the stage. This is the seventh time LALT has offered this format of individual short plays, solicited from local playwrights. Some of my favorite times with LALT have been at the one-acts and this year was no exception.

Most of the plays are comedic. Exceptions are the hard hitting “Gun Play”, which is about domestic violence and “An Unusual Bird” about two actors who fulfill a homeless woman’s dream. Both are ably directed by Jazmine Torres.

One of the joys of “8x10s” is seeing the actors appear in wildly different roles in the various plays. The acting and direction is uniformly good in all the plays. Comedic timing is essential to the success of the six comedies and succeed they do.

First-time director Kelly Dolejesi deftly handles the largest of the casts in “All Aboard!” This play is sure to touch a cord with locals as it takes us on a wild ride through quantum physics disguised as a trip to New Haven. Emily Teti as Meitner is one of the evening’s highlights.

“Sleeping Through Armageddon” takes us on another kind of wild ride – this one through the end of the world as we know it when aliens arrive on earth. Written by Tess Light, this play is a hilarious romp.

Speaking of extraterrestrials, “Aliens” brings us one of the best examples of “mansplaining” I’ve ever seen on stage and three very well-drawn characters.

“Necktie” paints a whimsical journey to a very unusual tie shop in southern North Dakota. Pat Beck is great as the confused Petunia.

“The Tenth Circle of Hell” takes place prior to a dinner party that is clearly headed for disaster. The comedic talent of Linda Taylor as Veronica is a joy to watch.

By order of presentation, the plays are: 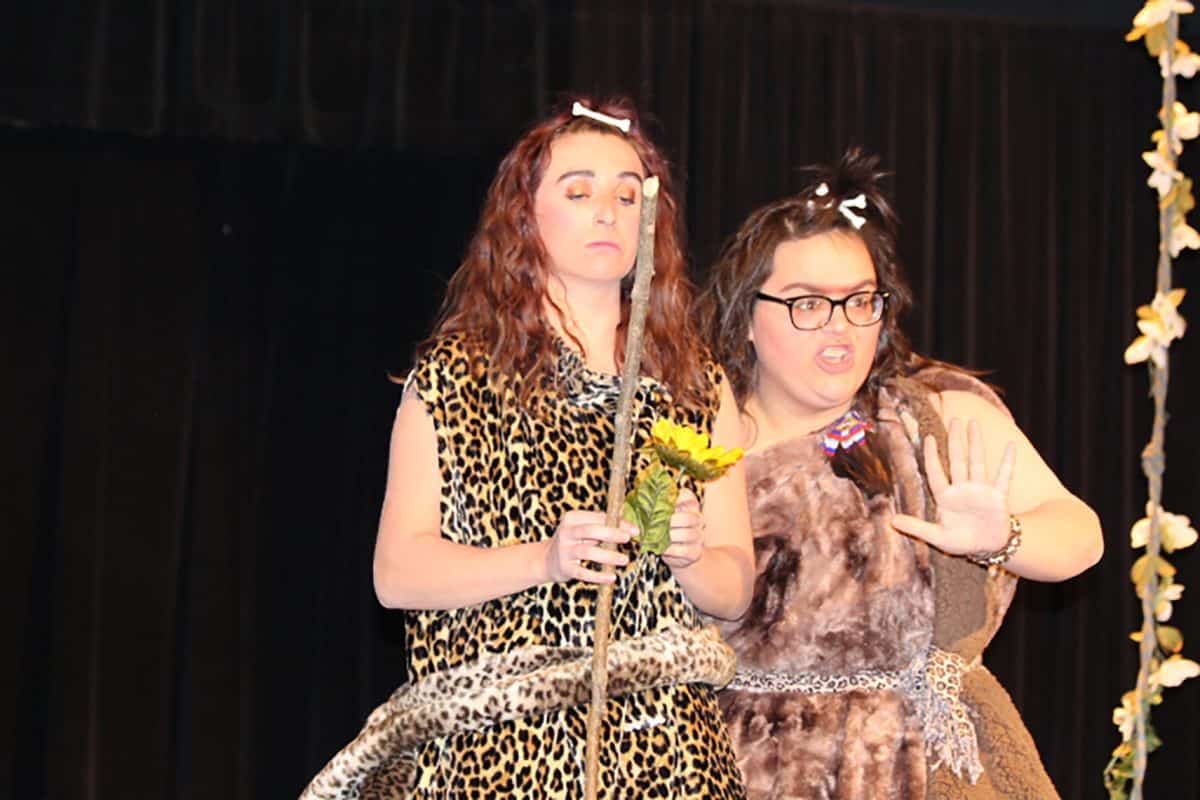