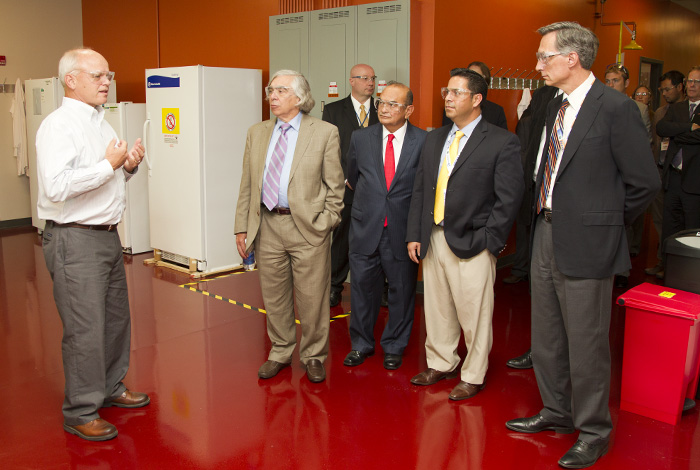 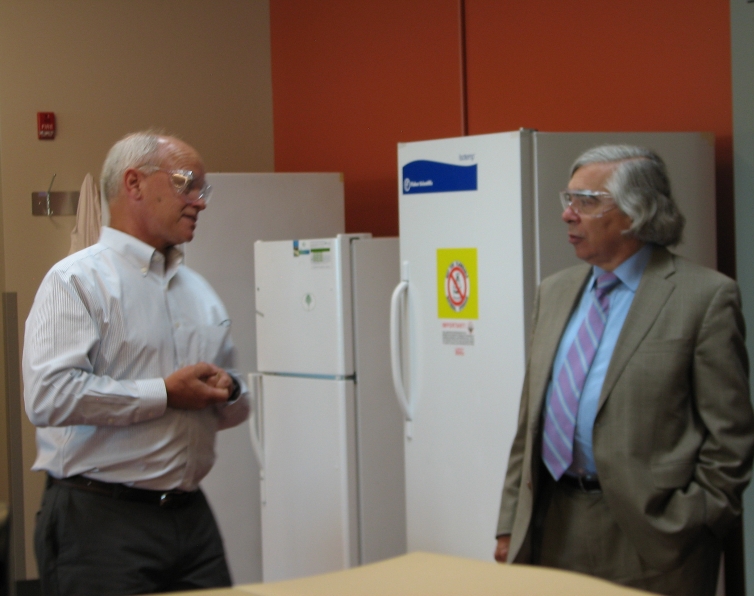 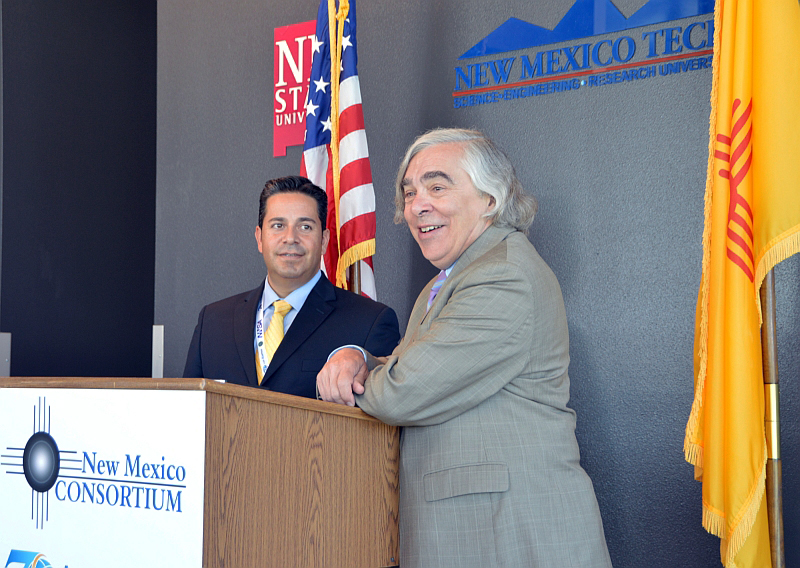 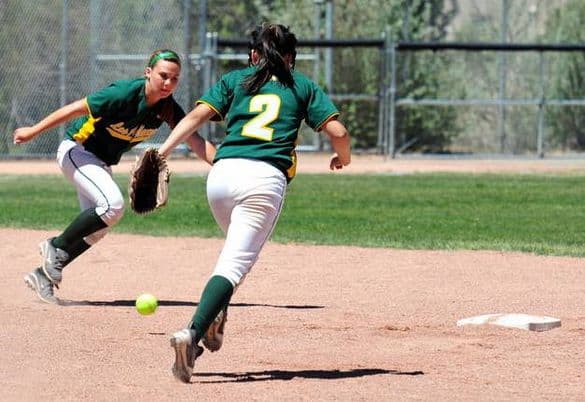 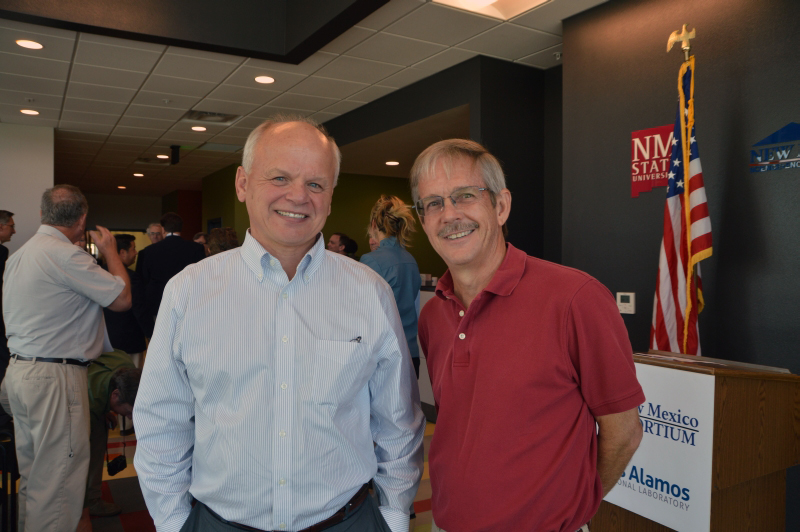 Dr. Richard Dick Sayre, left, with Los Alamos County Councilor Rick Reiss at today’s event. Through his company Main Gate, LLC, Reiss is one of the developers of the Entrada Business Park in which the Bioscience Research Laboratory is located. Photo by Carol A. Clark/ladailypost.com

He said that Los Alamos and all the DOE labs have a major role in addressing two key initiatives of the President.

“In view of the President’s emphasis on nuclear security and climate change, the work at Los Alamos has never been more important,” Secretary Moniz said.

Moniz also addressed Los Alamos employees and received briefings on the Laboratory’s nuclear weapons and intelligence work. It was the first visit by an Energy secretary to Los Alamos since 2009.

The NMC is a non-profit formed by the three New Mexico research universities to engage universities and industry in scientific research in the nation’s interest and to increase the role of Los Alamos National Laboratory (LANL) in science, education and economic development in the state.

“Los Alamos National Laboratory has been forward thinking and innovative in pursuing new mechanisms to engage with universities and industry through the NMC. I am very excited about the future of this partnership.” NMC Executive Director Katharine Chartrand said.

About the New Mexico Consortium (www.newmexicoconsortium.org) The New Mexico Consortium (NMC) is a non-profit corporation formed by the University of New Mexico, New Mexico State University, and New Mexico Tech to advance scientific research, education and technology transfer in the state of New Mexico. NMC pursues joint initiatives with LANL in Advanced Computing, Plant Biology, Biomedical Engineering and Modeling and Analysis. Through the NMC, the universities and LANL have developed new models to advance scientific discovery in the nation’s interest and increase the impact of scientific research on the local and national economy.