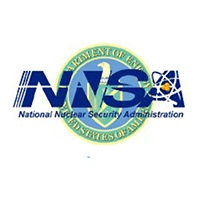 WASHINGTON, D.C. — The Department of Energy (DOE) has published a Final Rule in the Federal Register, establishing procedures for the assessment and imposition of civil penalties for certain violations of the Atomic Energy Act of 1954, as amended.

“DOE believes that U.S. companies generally comply with the Part 810 regulation, and this Final Rule does not alter its scope. Instead, the Final Rule establishes procedures for DOE to impose monetary civil penalties in the event of a violation,” Corey Hinderstein said, the Deputy Administrator for Defense Nuclear Nonproliferation at the Department of Energy’s National Nuclear Security Administration. “This supports America’s goal of reducing the theft of U.S. technology by foreign competitors, supports U.S. jobs, and protects the valuable intellectual property of every U.S. nuclear energy organization.”

NNSA implements the Part 810 regulation on behalf of the Secretary of Energy.

The Final Rule implements a provision of the Fiscal Year 2019 National Defense Authorization Act, in which Congress clarified DOE’s authority to impose monetary civil penalties for violations of section 57 b. of the Atomic Energy Act as amended, as implemented under 10 CFR Part 810. The legislation enables DOE to use its discretion in ensuring all enforcement actions are proportional to the significance of the violation.

The Final Rule also reflects careful review and consideration of the comments received from the public on the Notice of Proposed Rulemaking, which DOE published in the Federal Register Oct. 3, 2019.

To learn more, see the Frequently Asked Questions regarding Part 810 Civil Penalties on this page.