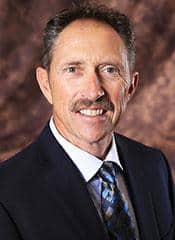 Electricity provided to Los Alamos County could be generated through cutting-edge technology.

The probability of this happening significantly increased recently after the Department of Energy approved a $1.35 billion cost share award to the Carbon Free Power Project (CFPP).

The CFPP project involves a 720-megawatt NuScale power plant that would be at the Idaho National Laboratory site. The power plant would utilize 12 small modular nuclear reactors.

The Utah Associated Municipal Power Systems (UAMPS) is heading this project; Los Alamos County Department of Public Utilities (DPU) is one of its members.

According to a press release dated Oct. 16, the award will be allocated over 10 years. It will be used to fund one-time costs associated with a first-of-a-kind project.

Cummins said DOE plans to allocate money during the developmental stages of the project. He explained this phase of the project would roughly cost $130 million over the next three years. DOE will contribute $110 million while UAMPS member utilities will contribute $20 million, which includes Los Alamos’ contribution of just over $1 million. The funds will be for site-specific and geo-technical work for the project.

This is not the only good news for the CFPP. Cummins said NuScale’s design for the small modular nuclear reactors was approved by the Nuclear Regulation Commission (NRC).

“If you can clear the NRC … (that means) it’s been thoroughly vetted for safety and everything else … so that is a big deal,” Cummins said.

For one thing, it makes the project economically competitive, he said.

“The DOE grant is $1.35 billion and that amount of funding pays about 22.5 percent of the total project cost,” Shelton said. “That’s what brings the cost down.”

He said the award allows the CFPP to reach its goal to keep the cost competitive to the subscribers that committed to buying a certain number of megawatts from the nuclear reactors. The objective is to have the rate be $55 per megawatt hour. Additionally, Shelton said the project cost modeling was moved from the 2018 starting point to August 2020. He explained moving the date up for the cost modeling kept it in line with cost escalation, which is on average 2 percent every year.

It may also attract more utilities to participate in the project, Cummins said. He said the number of subscribers has decreased since the project began. In September, it was reported to Los Alamos County Council that 213 megawatts out a total of 720 megawatts were subscribed. Cummins said a couple of communities decided to leave the project and a few others reduced their subscription amounts.

However, “There are two or three parties right now that are going through the approval process in their governing bodies to become members to this project,” Cummins said.

“I definitely think it will be effective (in getting new subscribers for the project),” he said. “Two important parts are the design certification for the small modular nuclear reactors and obviously the cost share in DOE is also an mportant part in (creating) first-of-its-kind technology and helps keep the cost at $55 per megawatt hour.”

Cummins also pointed out that more and more coal plants that produce electricity in the western U.S. are being retired, which will leave a 6-gigawatt deficiency in the next 10 years or so. The impacted utility companies are developing integrated resource plans, which is like a roadmap. The plan looks at a utilities’ existing resources, future electric demand, changing technologies, market conditions, risk and cost so utilities can better plan and integrate new resources into their generation portfolio.

Additionally, utility companies are reviewing how projects like the CFPP and others may help them meet their needs, Cummins said.

Los Alamos also is looking at its own 2017 integrated resource plan, he said, and “keeping an eye on other technologies but based on everything we know today … this is the most competitive option we have to be a carbon neutral electric energy provider.”

“We have a 2040 carbon neutral goal and the definition for the County means that we have to generate clean energy that equals the amount of our annual consumption,” Cummins said.

The County gets a little bit of flexibility because with the CFPP, “We will have exceeded our annual consumption for the County,” he said.

This means that during the times when other renewable energy sources such as wind farms aren’t producing electricity because the wind isn’t blowing, the County can use this excess carbon free energy, Cummins said. It won’t have to purchase power from the market.

“This will give us a 24/7 dispatchable resource,” Cummins said. “We will never be short on carbon free energy. We will have this nuclear project to be able to firm up the intermittent energy so that is the beauty of it.”

Cummins said the desire is to have an energy portfolio with a lot of renewable energy sources. He pointed out that the County will exit the San Juan generating station, which is a coal plant in 2022. The County also receives power from a coal plant in Wyoming, at the Laramie River Station. The current schedule is for the County to exit this plant in 2040, although it may be sooner. Los Alamos will then be completely free of carbon generating resources.

Despite receiving DOE approval for the multi-year award, UAMPS still needs to proceed cautiously, Cummins said. To do the project, during each budget cycle the federal government needs to appropriate the necessary amount of money for the project.

He added that the County hasn’t fully committed to the project. The deadline for the County to make its final decision on whether to participate in this project is 2026. It is important for the County and UAMPS to proceed cautiously because they don’t want to put utilities or their customers at risk, Cummins said.

Still, the price for the CFPP is competitive, he said, plus the project is getting widespread support.

“It is getting bipartisan support both under the Obama and Trump administrations … we are pretty confident that the money will come through,” Cummins said. “This is just a huge step not just for the U.S. and Los Alamos but the whole world to de-carbonize the electric industry.”

The idea to take part in the CFPP began back in 2017 when the County did its integrated resource plan and hired outside experts to keep a real close eye on the technology, Cummins said.

When the County did the integrated resource plan, it looked at natural gas generation. Even though it is not carbon free, Cummins said the idea was natural gas could be used when renewable energy isn’t available, for example when the wind isn’t blowing, the sun isn’t shining or the hydroelectric facilities aren’t running.

Cummins said the County’s integrated resource plan is going to be updated in 2021 and it is expected that the CFPP will beat out the other options as being the most cost effective.

“We’ll see if this is still the right thing for the County as we move forward,” he said. “We will fully vet this to make sure it is the right option but right now it is looking good.”

Shelton said he also is optimistic about the project’s future.

“I am excited that we were able to get the DOE funding, that was the last big piece of the puzzle for this phase of the project … it is a long term project but it is exciting to see that it is definitely promising,” he said.