DOE Accident Investigation Board Concludes: Plenty Of Blame To Go Around For Radioactive Release At WIPP 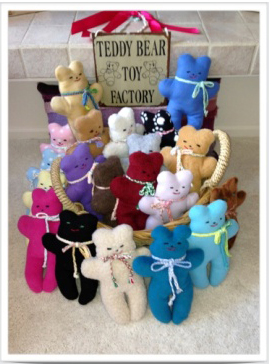 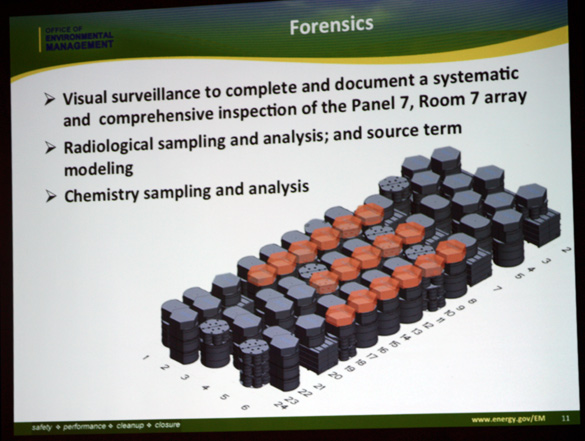 Ted Wyka, chairman for the Department of Energy Accident Investigation Board was at Fuller Lodge Thursday night to inform the Los Alamos community about phase two of the Board’s accident investigation into the accident at the Waste Isolation Plant (WIP) in Carlsbad 14 months ago. A similar meeting was held last week in Carlsbad.

The Investigation Board has spent the entire 14 months investigating the breaching of a drum containing radioactive material that was shipped from Los Alamos National Laboratory to WIPP. Usually accident investigations take only a few weeks, Wyka said. The breach caused an explosion in the container, causing some radioactivity to escape and some causing some non-extensive damage.

“I’ve been on both sides of these investigations and they are difficult for both sides because you have to open up your operation,” Wyka said.

Phase I of the investigation focused on the release of radioactive material into the environment. Phase II focused on the underground effects of the breached drum. The board concluded that an underground salt haul truck fire that occurred Feb. 5, 2014 at WIPP, did not cause or contribute to the radiological release event.

The investigation was meant to reveal, “What happened, why it happened and what recommendations can we make to prevent a reoccurrence,” Wyka said. “It was not intended to affix blame, but the Board concluded that the accident was preventable,”

The AIB’s findings identify shortcomings within both contractor and federal processes at LANL, WIPP, the Department of Energy Office of Environmental Management and the National Nuclear Security Administration.

Although the main cause of the accident was the failure of Los Alamos National Security (LANS) to understand and implement the correct procedures for handling hazardous waste, the Board also faulted the LANL Field Office of the NNSA for failure to ensure that LANL had developed and implemented repackaging and treatment procedures, Wyka said.

The crux of the problem was with the use of organic material, specifically kitty litter rather than an inorganic material in the packaging of the waste.

“It’s more about the failure to follow the guidelines rather than about the kitty litter,” Wyka said, adding that the use of the material, which had already been known to cause problems, and the failure of oversight organizations to identify the faulty procedures were the root cause of the accident.

The Board also found the safety culture at LANS to be inadequate, Wyka said.

“Frontline supervisors did not understand the materials they were working with,” he said.

Wyka also said frontline supervisors may have underestimated the dangers of the material they are working with and discounted the questions of those working under them.

More than 600 hours of forensic investigation of the WIPP site have led the Board to conclude that minimal environmental damage occurred from the accident and little damage to the WIPP facility and its contents, Wyka said.

The more serious concern is that other storage containers may be at risk because of use of faulty materials. Spot checking has been conducted at other nuclear facilities as well as at LANL, he said.

Wyka concluded his talk saying improved oversight and communications, as well as more attention to safety are key to preventing future accidents.