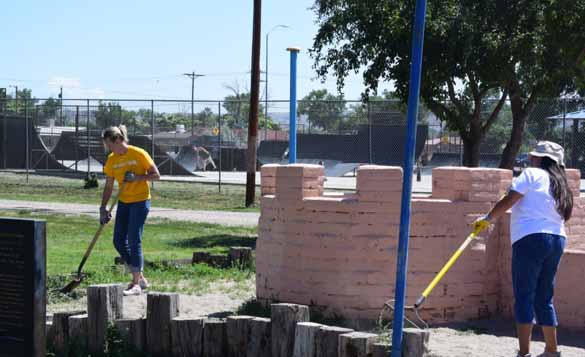 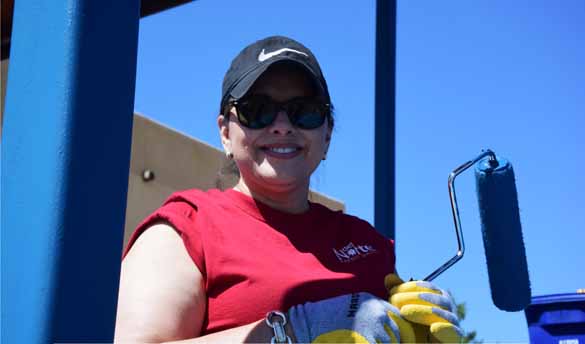 ESPANOLA – More than 50 volunteers gathered Friday at Valdez Park in Espanola for the United Way of Northern New Mexico’s Day of Action.

“We are pleased to be able to contribute to our community and show our Del Norteno pride by participating in United Way’s Day of Action in Espanola’s Valdez Park,” said Del Norte Credit Union CEO/President Chuck Valenti. “Our mission is to improve the lives of others and the people that are the foundation of our credit union. We are proud to support the Day of Action and hope to continue a role in maintaining the park.”

Del Norte Credit Union has more than 50 employees working at a DNCU branch and an operations center in Espanola.

“When we learned of the park’s needs and United Way’s Day of Action, we wanted to contribute to the efforts,” Valenti said.

DNCU has now adopted Valdez Park and will provide ongoing maintenance and intends to donate lighting and is working with Rio Arriba County to get the lighting installed throughout the park.

United Way’s annual Day of Action is an invitation for people and organizations around the world to LIVE UNITED and take action to address a variety of challenges. It is a day that United Way organizations ask community volunteers to engage in activities to help put the LIVE UNITED mission into action by improving the lives of those in each community.

“United Way of Northern New Mexico is excited to partner with Del Norte Credit Union and the City of Espanola to clean up Valdez Park,” UWNNM Executive Director Kristy Ortega said. “Our mission is to engage human and financial resources to improve the quality of life of the people in the communities we serve in Northern New Mexico. We try to create customized ways for businesses to partner with nonprofits to help them meet their philanthropic goals while making the communities better for everyone.”

Espanola City Councilor Peggy Martinez said, “This park hasn’t looked this good since I can remember.” Joe Ortega, president of the Espanola Little League Association was on hand to help as well. The City also sent several employees over to participate in Friday’s Day of Action.

Espanola Police Chief Richard Gallegos and his granddaughter Ajaya Gallegos were among others who participated in the effort as well.

The City of Espanola typically hosts a Clean Up Day twice a year. Councilor Martinez said that the partnership with UWNNM and Del Norte Credit Union was a great success and the City would welcome other partnerships with businesses, no matter what size they are. “These Public Private Partnerships are critical to the community and we hope to have them more often,” Martinez said. 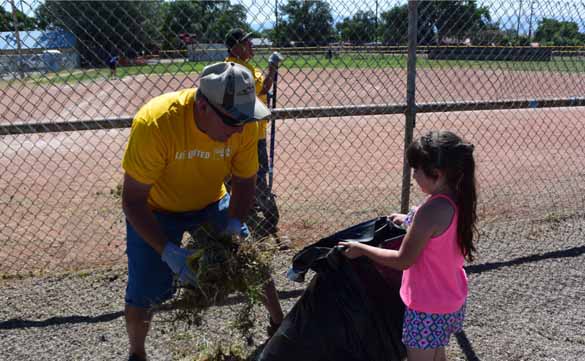 Espanola Police Chief Richard Gallegos and his granddaughter Ajaya Gallegos work together to clean out the weeds from the ball park area at Valdez Park during Friday’s UWNNM Day of Action. Photo by Eric Vasquez/valleydailypost.com 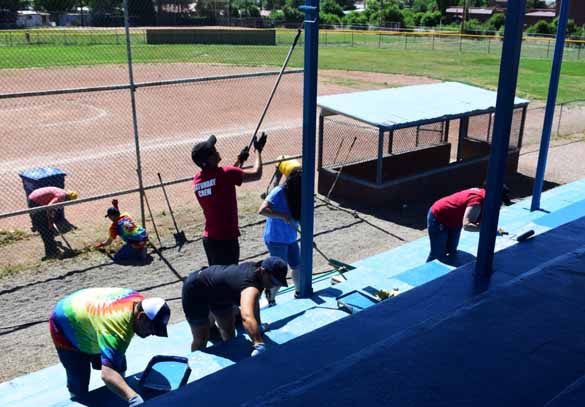 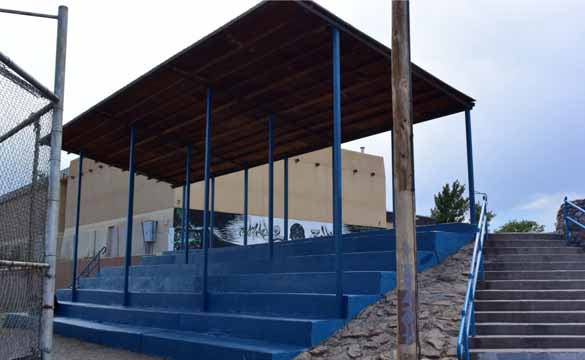 Clean seats with a fresh coat of paint. Photo by Eric Vasquez/valleydailypost.com 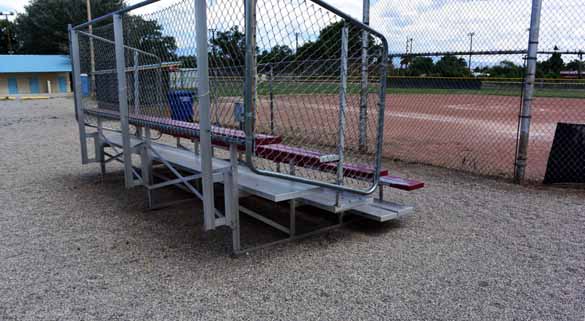 More than 50 volunteers from the City of Espanola, Del Norte Credit Union and United Way of Northern New Mexico Community Action Fund donors worked together during Friday’s Day of Action to clean and beautify Valdez Park. Photo by Eric Vasquez/valleydailypost.com