Ditch The Crowds, Not The Fun, All-Day 4th Of July Extravaganza On New Mexico Tech Campus 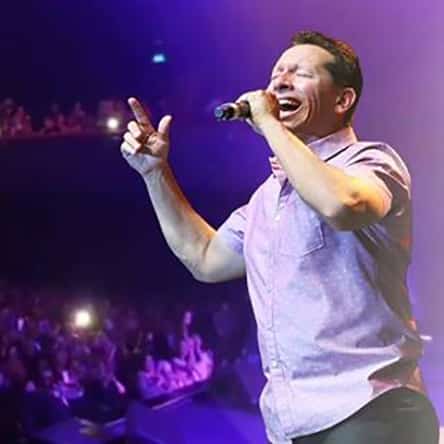 SOCORRO – “Sure do love waiting in line and searching for parking,” said no one ever. Ditch the crowds, cost and congestion of big-city events and head for the New Mexico Tech campus in Socorro, an oasis in the desert and the host site for the 26th annual 4th of July Celebration.

Entertainment begins at 11 a.m. and closes at dark with a spectacular fireworks display. This year’s headliner is New Mexico singing legend Tobias Rene and his stellar band. The annual fete, co-hosted by the City of Socorro and New Mexico Tech, dates back generations, with locals flocking to the campus Athletic Field to ooh and aah over the pyrotechnics display put on by Tech’s explosives research division.

Back in the day, what is now the NMT Swim Center, the only cement pond in town, hosted a dive-for-pennies event for kids, but over time the Independence Day holiday seemed to lag. Enter a pair of fresh eyes: In 1992, Ronna Kalish, Performing Arts Series (PAS) Director at New Mexico Tech, expanded the event to include all-day entertainment, refreshments, kids’ games and other attractions to entice locals to stay home for the 4th of July.

Today, the annual holiday extravaganza attracts families near and far. With free parking, free sunshine (bring your own shade and sunscreen) and free entertainment on a day when freedom reigns. Non-profit vendors will offer cold beverages, food items and trinkets for sale, while Chartwells food service will dish up barbecue and all the fixings. Super water slides, circus acts, music, dancing and fireworks make for a day, and night, to remember.

“Year after year, the city and college come together to treat everyone to a fantastic holiday experience,” said Kalish, who continues to coordinate the event under the umbrella of the PAS. “Fortunately, the PAS staff and a dedicated group of civic-minded volunteers provide the support an event of this size needs.”

Rene and his band are among a host of popular New Mexico musicians to be featured on this day of days. Here’s a quick peek at the schedule and performers.

As the music and dancing wind down, the experts at New Mexico Tech’s Energetic Materials Research and Testing Center (EMRTC) will set off several preliminary booms before the anticipated nighttime magic explodes overhead.

“For the safety and enjoyment of all, please do not bring any personal fireworks to campus,” Kalish said.