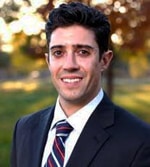 In an April 27 letter to Los Alamos Police Chief Dino Sgambellone, Serna said that based on a complete review of the information submitted to his office, the evidence indicates the discharge of Larsen’s weapon was justified.

“There is no evidence that suggests Cpl. Robert Larsen was unlawful in discharging his firearm given the immediate threat of death he was placed in,” Serna said.

Two men, Joel Martin, 30, of Albuquerque and Stephen Montano, 22, of Grants were charged in connection with the incident, which began with Larsen being notified by LAPD Dispatch that a possible larceny was in progress at Smith’s Marketplace and that several males had run out of the store with a cart full of alcohol and taken off in a white Nissan Titan pickup.

Larsen’s incident report said he attempted to follow the suspects east on Trinity Drive but returned to town when he was unable to find them. Shortly afterwards, Dispatch advised him that two Smith’s employees had followed the truck and that it was parked blacked out on Verde Ridge with several males inside.

When Larsen arrived at Verde Ridge he said he noticed the truck turn on its lights. He engaged his emergency equipment and take down lights in an attempt to conduct a traffic stop. He said the truck turned toward him and proceeded slowly to the driver’s side of his police unit.

“I noticed as the truck approached the front of my unit that the driver’s side window started to roll down. From my experience and training as a law enforcement officer, I perceived this to be a threat. Being that the suspects had fled from Smith’s in such a brazen and unusual manner heightened my suspicion of them being armed. The fact that the truck was not stopping and appeared to be trying to pull next to the driver’s side of my unit with its window down could give the suspects a good position to shoot me and flee the area,” Larsen’s report stated.

He said he immediately exited his unit and drew his sidearm.

“The suspect vehicle proceeded at very close proximity to the side of my unit and myself. I gave a command, ‘Stop right there’, and the suspects’ vehicle accelerated in my direction,” he said.

Larsen said he took the acceleration and proximity to him and his unit to be a “deadly threat”.

At that point the vehicle veered away from Larsen onto the sidewalk, running over several mailboxes before crashing into two cars and a tree. Martin and Montano fled the scene on foot but were apprehended and arrested by Det. Matt Lyon and Cpl. Jemuel Montoya.

To date, neither Martin or Montano have been convicted of the charges related to the event. Martin was charged with aggravated assault on a police officer, aggravated fleeing a police officer, receiving a stolen vehicle, possession of a firearm by a felon, leaving the scene of an accident, criminal damage to property, shoplifting, conspiracy to commit shoplifting and false evidence of title and registration.

Martin waived his preliminary hearing in Los Alamos Magistrate Court and was bound over to District Court where he was granted conditions of release pending trial, including house arrest on electronic monitoring, after he pleaded not guilty to the charges. An arrest warrant was issued in December by First Judicial District Judge T. Glenn Ellington for failure to appear. He was picked up in February by the San Bernardino Sheriff’s Office in California on new charges there of burglary and possession of stolen property.

An additional charge of transportation or possession of a firearm was filed against Martin in March by Det. Lyon after a lab report from the New Mexico Department of Public Safety Forensics Laboratory determined that DNA found on a Smith and Wesson .380 semi-automatic pistol recovered by LAPD belonged to Martin. Los Alamos Magistrate Judge Pat Casados issued a bench warrant for Martin in March on the new charge.

Montano was charged in Magistrate Court with resisting and/or evading arrest, shoplifting and conspiracy to commit shoplifting. He also faced charges in Cibola County charges include aggravated fleeing a law enforcement officer, abuse of a child, resisting arrest, aggravated driving under the influence, failure to yield, no insurance and an expired registration.

In December, he was transported to Cibola County to face his charges there, and in March a warrant was issued for his arrest when he failed to appear for a status hearing in Magistrate Court.