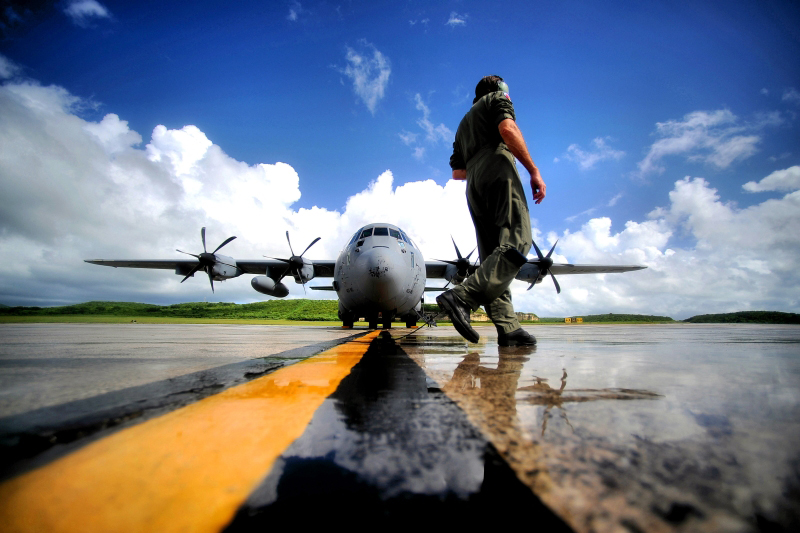 WASHINGTON, D.C.—By pinpointing locations on Earth from space, GPS systems have long shown drivers the shortest route home and guided airline pilots across oceans. Now, by figuring out how messed up GPS satellite signals get when bouncing around in a storm, researchers have found a way to do something completely different with GPS: measure and map the wind speeds of hurricanes.

Improved wind speed measurements could help meteorologists better predict the severity of storms and where they might be headed, said Stephen Katzberg, a Distinguished Research Associate at the NASA Langley Research Center in Hampton, Va., and a leader in the development of the new GPS technique. On a global scale, experts hope to use the new measurement method to better understand how storms form and what guides their behavior.

The new technique could inexpensively provide a much more extensive view of a storm’s wind speeds than currently possible, its developers say. Test flights on storm-hunting airplanes of the National Oceanic and Atmospheric Administration (NOAA) – nicknamed Hurricane Hunters –demonstrate that the system provides valuable information at little additional cost, according to Katzberg and his colleagues.

An article describing the scientists’ methods and findings has been accepted for publication in Radio Science, a journal of the American Geophysical Union.

Hovering thousands of miles above Earth, GPS satellites constantly beam radio waves toward the ground carrying information about both the position of the satellite and the time the message was sent out. These radio waves can reflect off a surface similar to the way visible light reflects off a mirror.

“Imagine you blow on a hot bowl of soup,” he explained. “The harder you blow, the bigger the ‘waves’ are in the bowl.” When a GPS signal strikes a wave, the rough surface distorts the reflection by scattering the signals in various directions.

“The radio wave bounces off the waves,” Katzberg said. “As the surface gets rougher, the reflections get more disturbed and that’s what we measure.”

The new method of calculating wind speeds is the fruit of years of fine-tuning by scientists from NASA and NOAA, Katzberg added. In operation, the measurements are taken by GPS receiver chips, similar to those found in smartphones, located inside the aircraft. A computer compares signals coming directly from satellites above with the reflections from the sea below and calculates an approximate wind speed with better than 5 meters per second (about 11 miles per hour) accuracy. The wind speed of a mid-range, Category 3 hurricane, for comparison, is about 55 meters per second (123 miles per hour.)

Drops in the ocean

In order to measure hurricane wind speeds using the standard method, scientists drop a 16-inch-long tube packed with scientific instruments called a dropsonde. These dropsondes are attached to small parachutes and jettisoned from airplanes, gathering information during their descent. Each device measures pressure, humidity and temperature in addition to wind speed. A typical Hurricane Hunter mission uses about 20 single-use dropsondes, each costing around $750.

Dropsondes provide 10 times more precise wind speed measurements than the new GPS method can, so far. Their accuracy is about 0.5 meters per second (1.1 miles per hour.)

But, since the dropsondes are so expensive, their releases are spread out around and in storms. This distance means meteorologists need to use some guesswork to fill in the gaps. According to Katzberg, the reflected GPS signal system can essentially run non-stop, constantly gathering information about the wind below. The ultimate goal isn’t to replace dropsondes, but rather to add a much broader view of wind speeds to the data the dropsondes provide.

“You were already going to have these GPS systems onboard, so why not get additional information about the environment around you,” Katzberg said.

Since the method requires large bodies of water to work, the system can’t be used over land. Also, in cases where the ocean’s surface is choppy without any wind, such as the eye of a storm, Katzberg says other tools would need to be used instead to get an accurate measurement.

Although the new measurement technique is being tested on planes, it may get implemented on satellites, according to Katzberg. In 2016, NASA plans to launch a system of small satellites, called the Cyclone Global Navigation Satellite System (CYGNSS), to measure reflected GPS satellite signals from low orbit to monitor storm wind speeds from space.

And, looking further into the future, reflections of powerful satellite broadcasts from DirecTV and Sirius XM Radio could be used in addition to GPS.

“Those signals are extremely powerful and easy to detect,” Katzberg said. “These satellites cost hundreds of millions or even billions of dollars, but our system only costs a few hundred. We’re taking advantage of the expensive infrastructure that’s already there.”

The American Geophysical Union (AGU), which was established in 1919 by the National Research Council and for more than 50 years operated as an unincorporated affiliate of the National Academy of Sciences, is now a nonprofit corporation chartered under the laws of the District of Columbia. The Union is dedicated to the furtherance of the geophysical sciences through the individual efforts of its members and in cooperation with other national and international scientific organizations.