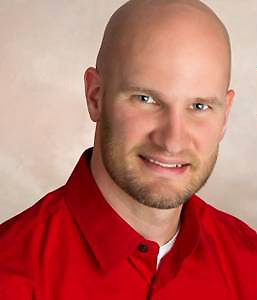 Add another concern to the reason learning to drive is so risky: Speed kills.

In fact, speeding is a primary culprit in a third of fatal crashes involving teen drivers, according to a new report from the Governors Highway Safety Association (GHSA). The report was funded through a grant from State Farm®.

“Speeding-Related Fatal Crashes Among Teen Drivers and Opportunities for Reducing the Risks,” authored by Dr. Susan Ferguson, reports that speeding as a contributor in fatal teen driver crashes has inched up over the past decade from 30 percent in 2000 to 33 percent in 2011 while total teen fatalities have gone down dramatically during that same period. From 2000 to 2011, 19,447 fatal crashes of teen drivers were speeding-related.

“Curbing teen speeding is vital since no other age group has a higher crash risk. Speeding is a common factor in the fatal crashes of teen male and female drivers,” Dr. Ferguson said. “Speeding is more prevalent among teen males, at night, and in the presence of other teen passengers. When three or more teen passengers are in a vehicle driven by a 16-year-old male, almost half of their fatal crashes are speeding-related.”

Despite its significant role, the reports states that speeding is not getting the attention it deserves and must be addressed if further progress is to be made in the area of teen driving safety. Increases in speed limits in many states coupled with a general belief that speeding is acceptable also exacerbate the problem, according to the report.

“Unless speeding is recognized as a dangerous behavior much the same as drunk driving, addressing it will be difficult,” she said.

The report also focuses on potential solutions. Graduated driver licensing (GDL), which has sparked record gains in teen driver safety since first enacted in the U.S. in the mid-nineties, has the potential to address speeding.

In addition to an emphasis on enforcement, the report advises states and local jurisdictions to consider installing automated speed cameras – an effective antidote to speeding for drivers of all ages.

How Parents Can Influence Teenage Driving

Parents are influential in shaping the driving behavior of their teenagers, and many programs are available to help parents manage their beginning teenagers’ driving in a way that will encourage safe driving behavior.

The report offers the following tips to parents:

Researchers noted that despite public resistance toward some of these tools, all show promise for addressing teen-related speeding.

The full report is available online.

Editor’s note: Abe Dispennette is a former U.S. Army chaplain who served overseas with the Special Forces before taking over the State Farm Insurance Agency at 1362 Trinity Dr. Ste. B in Los Alamos in June 2012. He can be reached at 505.662.2200 or abe@505agent.com.