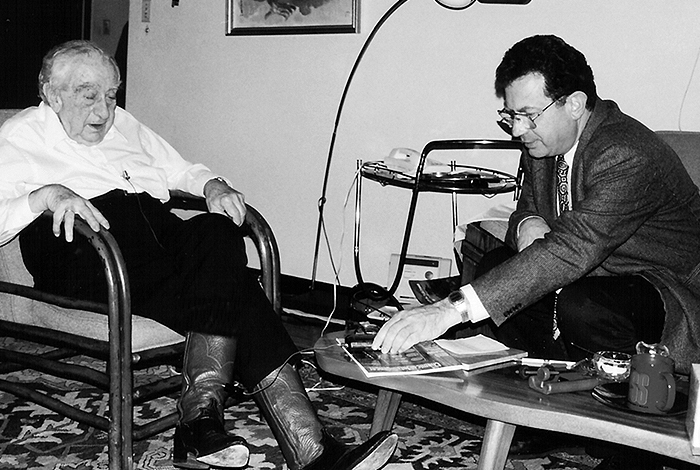 The differences and similarities between Manhattan Project-era scientists at Los Alamos National Laboratory and scientists working at the former Soviet Union’s secret Arzamas-16 installation will be discussed by Professor Istvan Hargittai at 5:30 p.m., June 12 at the Laboratory’s Bradbury Science Museum. The talk is part of the Laboratory’s 70th anniversary lecture series.

According to Hargittai, Los Alamos’ first director, Julius Robert (J. Robert) Oppenheimer and Arzamas-16 leader Yulii B. Khariton had the same first names, were born the same year and were of similar Jewish backgrounds. Oppenheimer led the Los Alamos effort to build the first atomic bomb, while Khariton directed the Soviet effort for nearly a half-century. The similarities even extended to how Arzamas-16 was informally referred to as “Los Arzamas.”

His newest book to be published this summer, “Buried Glory,” is about Soviet scientists who made the Soviet Union a superpower. He also wrote “The Martians of Science,” “Judging Edward Teller” and “Drive and Curiosity.”