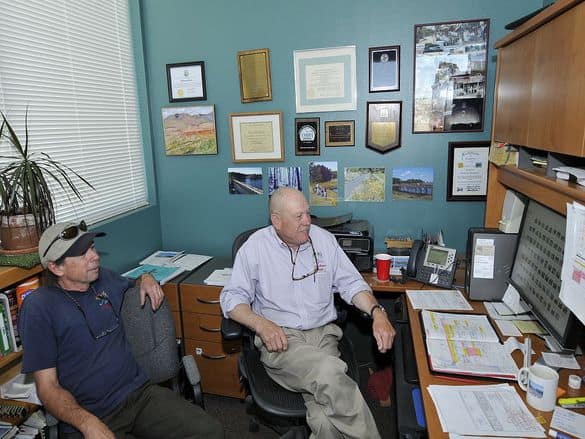 Dick McIntyre has been involved in the creation of several impressive community trail systems. On the wall in McIntyre’s office are a host of photos displaying trails he has had a hand in creating. His latest project, the Canyon Rim Trail, is only partially completed, with the first of three major segments in use.

In August of 2010, the first segment of the Canyon Rim opened to the public. Since that time, the approximately one-and-a-half mile segment has been considered a rousing success for Los Alamos County. On any given day, all year round, many trail users can be seen enjoying the abundant New Mexico sunshine while keeping fit. The Canyon Rim trail is a multi-use trail with a flat asphalt surface that is accessible to those with disabilities. Many families enjoy the trail with family members that range in age from infants to the oldest members in wheel chairs. Families from Pojoaque and beyond are known to enjoy driving up the “Hill” and taking a stroll on Los Alamos’ beautiful and scenic Canyon Rim Trail.

McIntyre is determined to see the next segment of the trail completed before his call to retirement becomes too strong to resist. The next proposed segment runs from the first segments West end, which stops at the TRK Building (across the street from East Park) and then heads West all the way to Knecht Street on the East side of the soon to be developed Trinity Plaza site. A future segment has the trail extending all the way to the Los Alamos Medical Center on Diamond Drive.

The red line indicates the potential next segment route map for the Canyon Rim Trail. Courtesy/LAC

Craig Martin serves as the Project Manager for the Canyon Rim Trail project. The now completed first segment of the trail was approved by the County Council in 2009. A budget of $1.2 million was allocated to complete this first segment. Martin was able to drastically stretch that budget and ended up only spending about half of the original budget amount. This was done through good management combined with good fortune, he said. Martin was able to use county employees and youth crews to do much of the trail preperation and construction work, instead of using more expensive outside contracting companies, as was originally proposed. Good weather made it possible to get much of the work done in-house. Martin hopes to repeat that success, but grants for youth teams look to be less available going forward … and weather … well, we will see.

On Wednesday night, May 16, the proposal for the next segment of the Canyon Rim Trail will come before the Los Alamos County Council for approval to proceed. It is anticipated by County staff that the public will be able to weigh in on project proposals, including the Canyon Rim Trail, at the beginning of the Wednesday night council meeting. (Stay tuned for modifications to the council meeting schedule as the agenda for the meeting has not yet been published online. On Tuesday, May 15, the 13 unfunded Phase II CIP projects, include the Parks Division sponsored “Ashley Pond Improvements” project will come before council. No public comment will be heard on Tuesday night. Project stakeholders will present their cases for the 13 unfunded Phase II CIP projects.)

The county anticipates a land transfer from the Department of Energy of the A-10 parcel, which lies around the area of DP Road, to be finalized at some point in late 2012. This anticipated land transfer will help clear the way for the new trail segment. North American Development Group has pledged $50,000 to complete a section of the trail on the south side of the Trinity Plaza development. NADG will begin construction of the Trinity Plaza some time this year, if all goes as scheduled. An 80-foot bridge span is proposed to cross the Canyon near the DP Road trail crossing.

It is possible to complete this proposed segment of trail before the end of 2013, if the trail budget is approved Wednesday night. This new segment of trail will make the Canyon Rim Trail system accessible from downtown Los Alamos. Trail users will have a smooth path to avoid dilapidated, and in some cases, non-existent sidewalks all the way east to near the Co-op Market, Holiday Inn Express area, with access to East Park along the way.

Dick McIntyre sees no “build ability” issues for this segment. The only issue that concerns him is whether he will still be the Parks Department chief when the segment is completed. 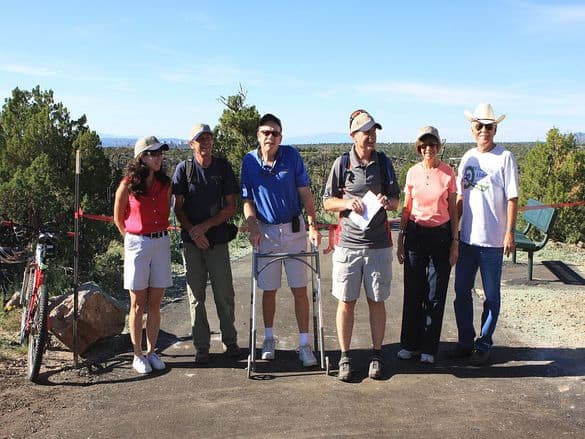 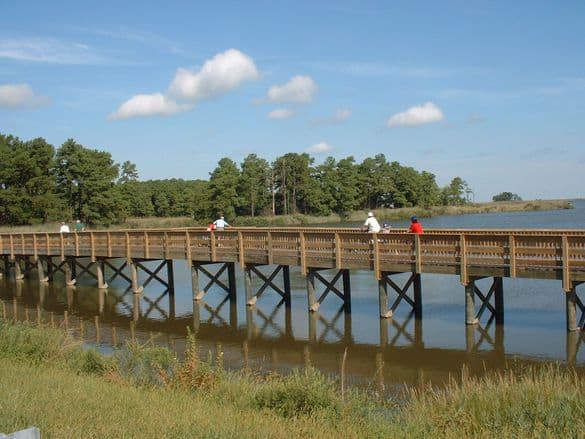 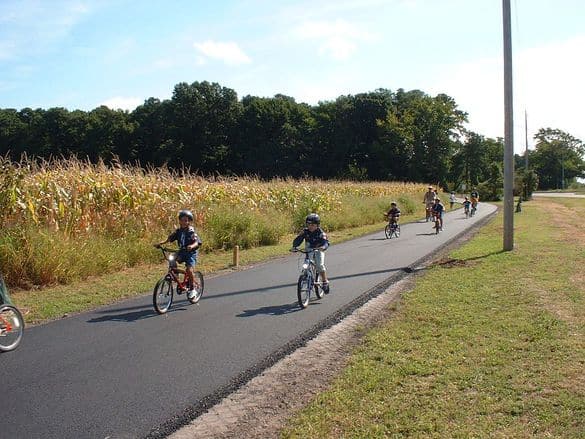 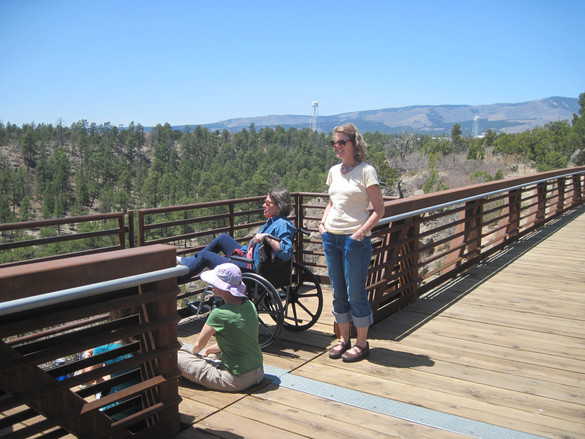 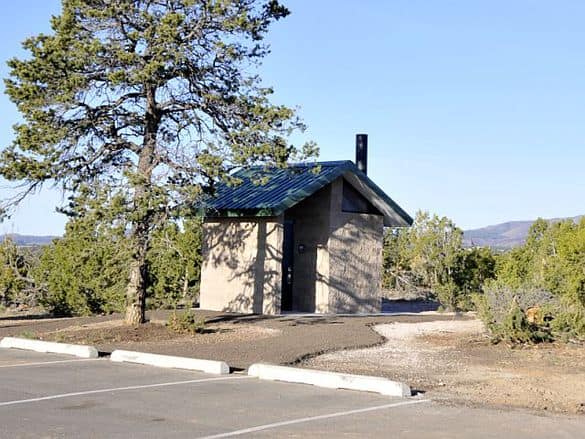 New restroom facilities were recently constructed for the Canyon Rim Trail with another located at East Park. Photo by Greg Kendall/ladailypost.com