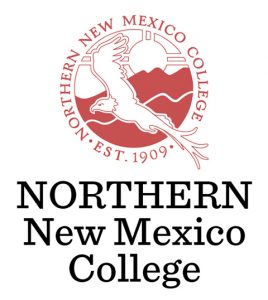 “Even in the midst of a pandemic, we have continued to leverage our resources and benefit from the partnerships we have fostered to fulfill our mission of educating underserved students in Northern New Mexico,” NNMC President Rick Bailey said.

Official enrollment data was recorded for all state higher education institutions on September 3 and reported to the New Mexico Higher Education Department and U.S. Department of Education. In addition to completion data, enrollment numbers are used by the Legislature to allocate budget resources to colleges and universities in the state.

In the weeks leading up to the Fall semester, the College was facing a projected 23 percent decrease in enrollment.  According to a national study, colleges and universities were anticipated to lose up to 20 percent of students this year, and overall college enrollment had been declining nationwide for several years prior to COVID-19.

“We knew that students were hesitant about the future, but we worked with them one-on-one and made up ground,” Bailey said.

He said that the enrollment numbers reflect multiple years of efforts to develop partnerships and programs, in addition to the dedication of student services staff who worked extensively to help students apply, register, and complete the financial aid process.

Even prior to the COVID-19 crisis, a significant number of Northern students consistently faced challenges in the pursuit of higher education, including poverty, hunger, lack of access to technology, need for remediation, and first-generation college-going status.

“Our students are resilient. They have always been resilient, and it’s no different amidst this pandemic,” Bailey said.

Since Northern announced instruction and operations would continue online for the Fall 2020 semester, all student services offices conducted operations online and over the phone. Bailey credited a combination of teamwork from Northern’s Strategic Enrollment Management Team, use of data, and innovative marketing and outreach efforts for helping to close the gap, in addition to ongoing initiatives, such as dual-credit partnerships and new trades programs made possible by the College’s Mill Levy.

Over the past several years, Northern has developed resources to support students in need, which became particularly important in the wake of COVID-19. In addition to the national CARES Act funding provided to low-income students, Northern established a Student Food Pantry and distributed Chromebooks to eligible students via the President’s Eagle Fund, established in 2019 as a part of the Northern Foundation to remove barriers students face in completing their education.

Northern states that it continues to be the most-affordable four-year college in New Mexico, has not raised tuition in three years, and recently distributed more than $125,000 in institutional student scholarships, the largest distribution of scholarship funding in the College’s history.