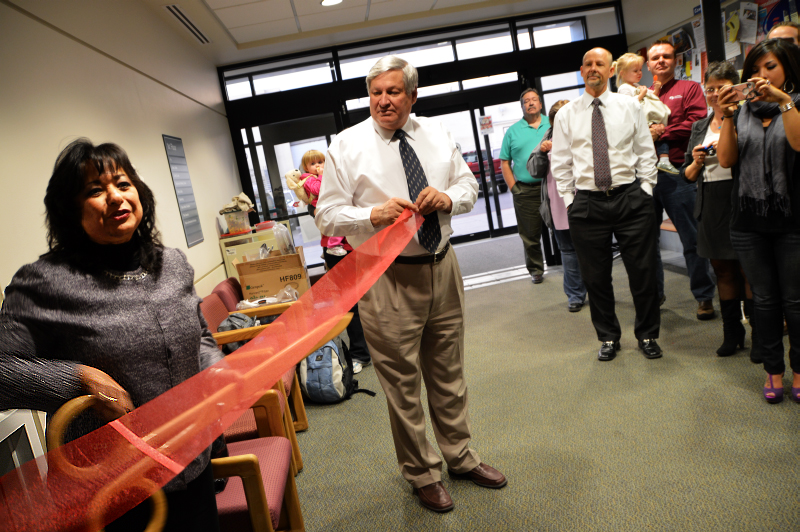 Los Alamos National Bank CEO/Chairman Bill Enloe assists Denise Terrazas who prepares to cut the ribbon commemorating her new ownership of Title Guaranty Thursday. LANB President Steve Wells joins a group of employees and guests at right who turned out for the event. Photo by Carol A. Clark/ladailypost.com 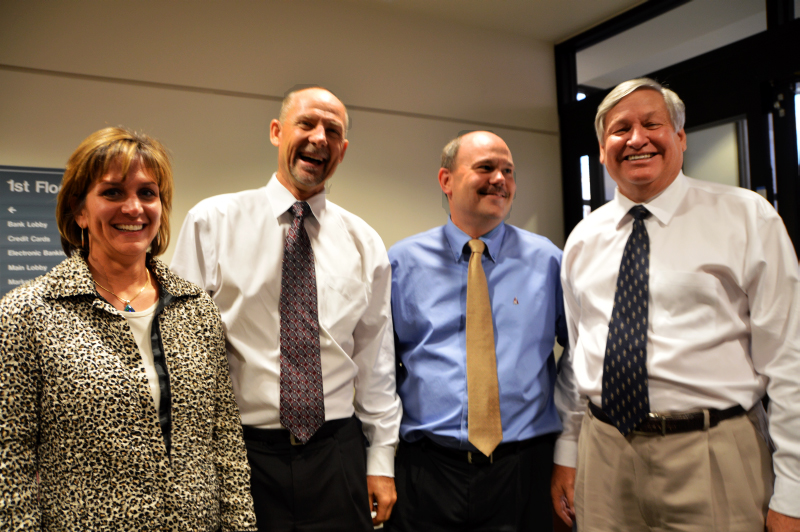 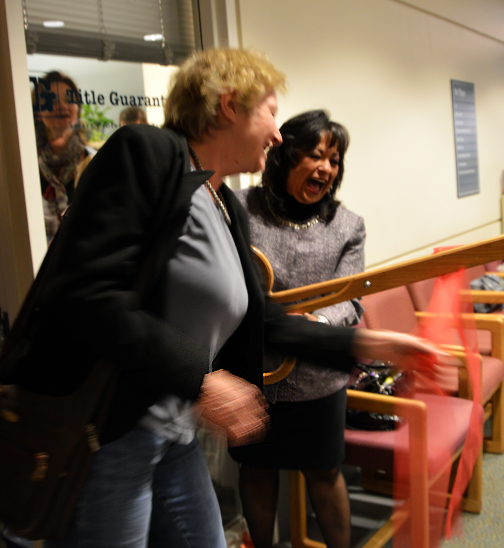 Terrazas has been with Title Guaranty & Insurance Co. since it was purchased in 2000 by Los Alamos National Bank’s holding company Trinity Capital Corporation.

Terrazas began her career at LANB in 1993 in the Closing Department, worked her way up and became president of Title Guaranty & Insurance Co. in 2000.

She also served as an officer with the New Mexico Land Title Association for eight years including a term as the organization’s president.

“I’m thankful to Los Alamos National Bank for their support and for all the opportunities that have led me to achieve this dream,” Terrazas said. “I’m really looking forward to working with the residents and businesses in Los Alamos and White Rock.”

Six employees work for Terrazas at Title Guaranty, LLC. The company will focus its business efforts on Los Alamos and White Rock residents, Terrazas said, adding that she welcomes community members to stop by her office at 1200 Trinity Dr., so she can meet them and learn how she and her staff might help them with their title related needs. 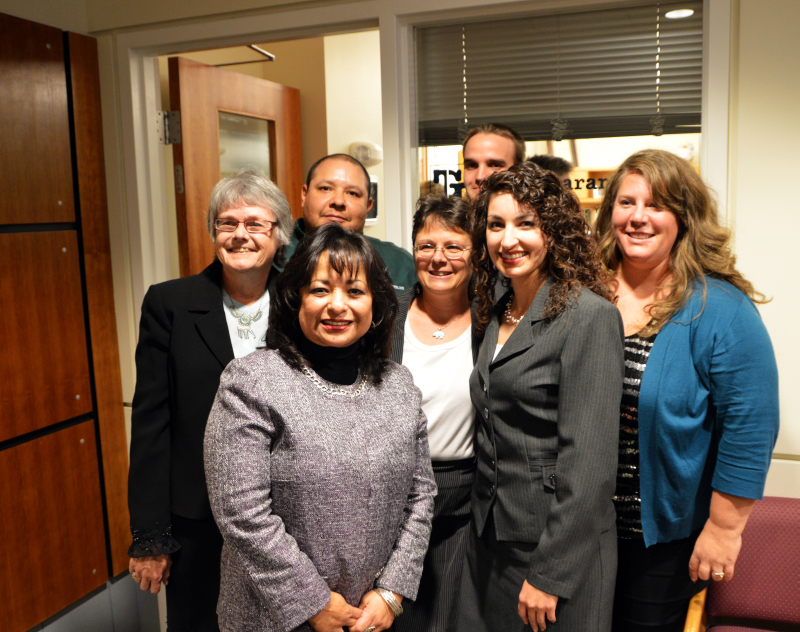