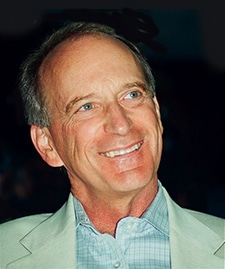 WASHINGTON, D.C. — The Environmental Law Institute (ELI) has announced it will present its 2020 Environmental Achievement Award to Denis Hayes, the organizer of the first Earth Day and current president of the Bullitt Foundation, in recognition of his visionary leadership and outstanding environmental stewardship over a most distinguished career.

Hayes is perhaps best known as the principal national organizer of the first Earth Day in 1970 and founder of the Earth Day Network. A springboard to many initiatives that have greatly advanced environmental quality, Earth Day has become the most widely observed secular holiday in the world, and Hayes is recognized internationally for expanding the Earth Day Network to more than 190 nations.

“Since the early days of the U.S. environmental movement, Denis Hayes has worked toward creating a world that promises a sustainable future for everyone,” ELI President Scott Fulton said. “As ELI is itself a 50-year-old organization dedicated to making law work for people, places, and the planet, it is only fitting that Denis receive the Institute’s Environmental Achievement Award in 2020, which marks the 50th anniversary of the first Earth Day. No one has done more to advance the modern environmental movement than Denis Hayes.”

At the Bullitt Foundation, Hayes is leading an effort to mold the major cities of Pacific Northwest and British Columbia into models of sustainability for a rapidly urbanizing planet. Among the many projects undertaken during his leadership, the Foundation designed and constructed the Bullitt Center—the world’s greenest commercial building—in Seattle, Washington. Officially opened on Earth Day in 2013, the International Living Future Institute certified it as a “living building” in April 2015.

Over the course of his illustrious career, Hayes also served as director of the Solar Energy Research Institute (since renamed the National Renewable Energy Laboratory) under the Carter Administration. He was also special assistant to the governor of Illinois for natural resources and the environment; senior fellow at the Worldwatch Institute; adjunct professor of engineering and human biology at Stanford University; Regents’ Professor at the University of California; and an attorney with Cooley LLP in Silicon Valley. He has been a visiting scholar at the Woodrow Wilson International Center for Scholars in Washington, D.C., and at the Bellagio Center in Italy, and a Richard von Weizsäcker Fellow of the Bosch Foundation.

Hayes also has received numerous awards and recognitions, including the national Jefferson Medal for Outstanding Public Service and the Rachel Carson Medal. He has also received the highest awards bestowed by the Sierra Club, the Humane Society of the United States, the National Wildlife Federation, the Natural Resources Council of America, the Global Environmental Facility, the Interfaith Center for Corporate Responsibility, the American Solar Energy Society, and the Commonwealth Club.

He has served on dozens of governing boards, including the World Resources Institute, the Federation of American Scientists, the Energy Foundation, Children Now, the National Programming Council for Public Television, the American Solar Energy Society, Greenpeace, CERES, and the Environmental Grantmakers Association, and he remains active with the international Earth Day Network, serving as its emeritus board chair.

In 1999, Time magazine selected Hayes as one of its “Heroes of the Planet,” and he has been profiled as “Newsmaker of the Week” by ABC News and as “Today’s Person in the News” by the New York Times.

This virtual celebration and fundraiser will not only serve as an opportunity to acknowledge the great work of Mr. Hayes, but also will serve as a forum to discuss the critical work ahead of us. Details will be provided at https://www.eli.org/award-dinner.