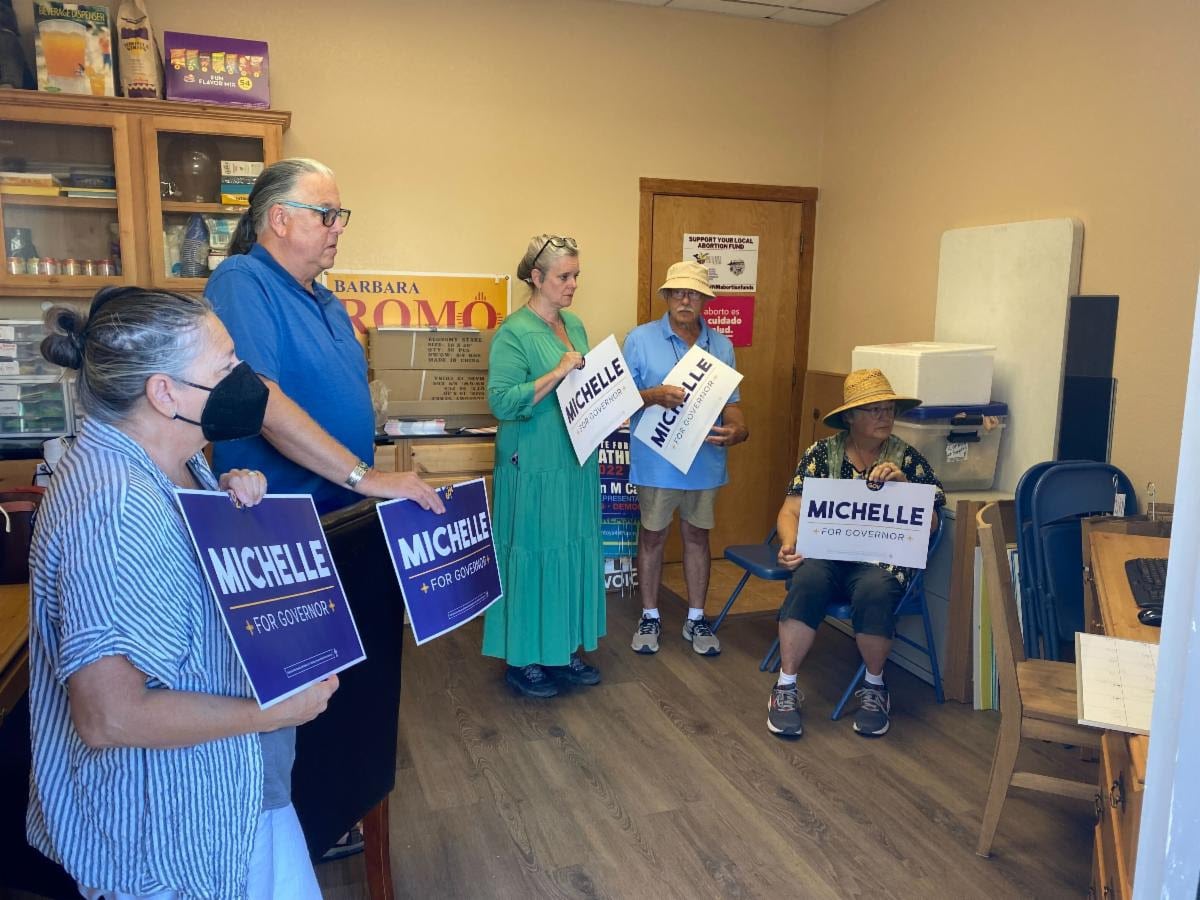 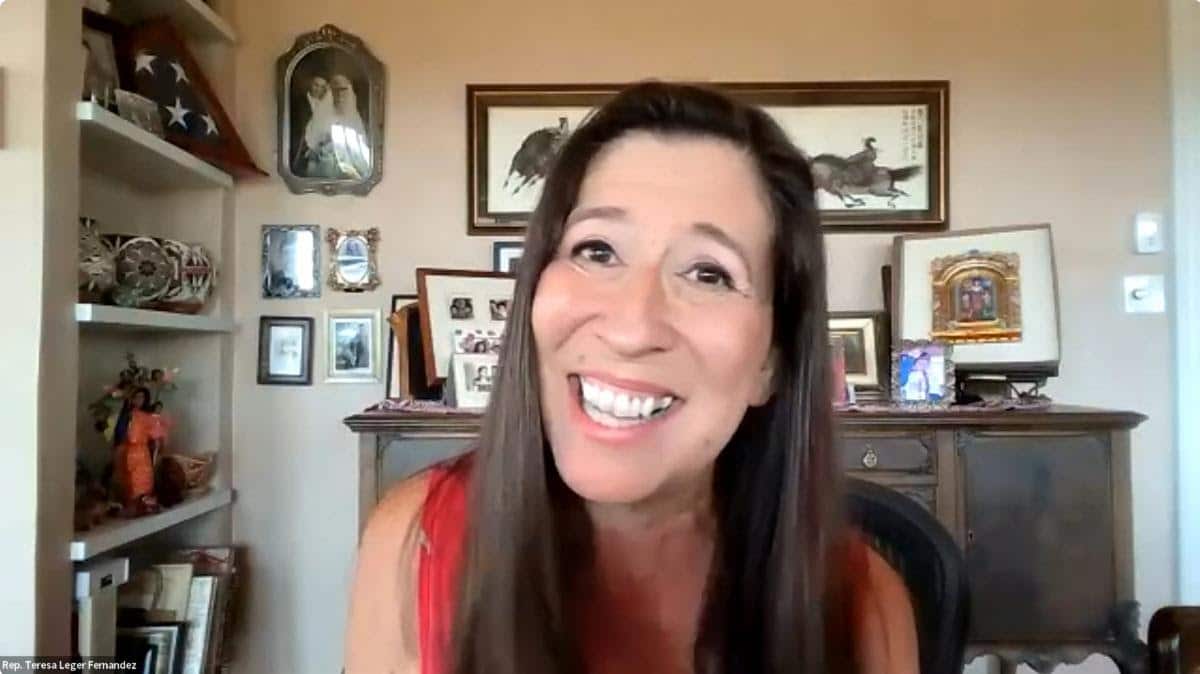 The Democratic Party of New Mexico (DPNM) held a hybrid virtual and in-person Day of Action Saturday to Defend Reproductive Rights with volunteers ready to contact voters across New Mexico.

“We will fight to protect rights in New Mexico and make sure that we stay a beacon for women and their families and other people who deserve privacy protections, constitutional protections, and clarity around reproductive rights,” Gov. Lujan Grisham said at the rally. “The only way that occurs is to get Democrats up and down the ticket.”

Participants in the Day of Action contacted voters by phone banking and door-to-door canvassing throughout the day. Volunteers conducted these efforts on behalf of the entire pro-choice Democratic ticket.

“Our volunteers heard from voters throughout the day the sincere disgust that New Mexicans have for Republican attacks on reproductive rights and they can’t wait to vote for our Democratic ticket,” said Regional Field Director Markela Clinton of the Democratic Party of New Mexico. “For many people who participated today, it was their first time volunteering for any political cause, but that just shows how fired up people are.”

Since the June 24 reversal of Roe v. Wade by the US Supreme Court, the Democratic Party of New Mexico has seen a surge of enthusiasm from everyday New Mexicans signing up to volunteer. The substantial volunteer turnout of this Day of Action is evidence New Mexicans realize the stakes for the future of reproductive health in the upcoming election.

“We have to mobilize Democrats so New Mexico remains a safe haven for reproductive rights,” Chair Velasquez said. “With the races for New Mexico’s Second and Third Congressional Districts very likely determining which party will control the House for the next two years, the work of our volunteers and organizers is monumentally important to protecting abortion access and reproductive health at the state and national levels.” 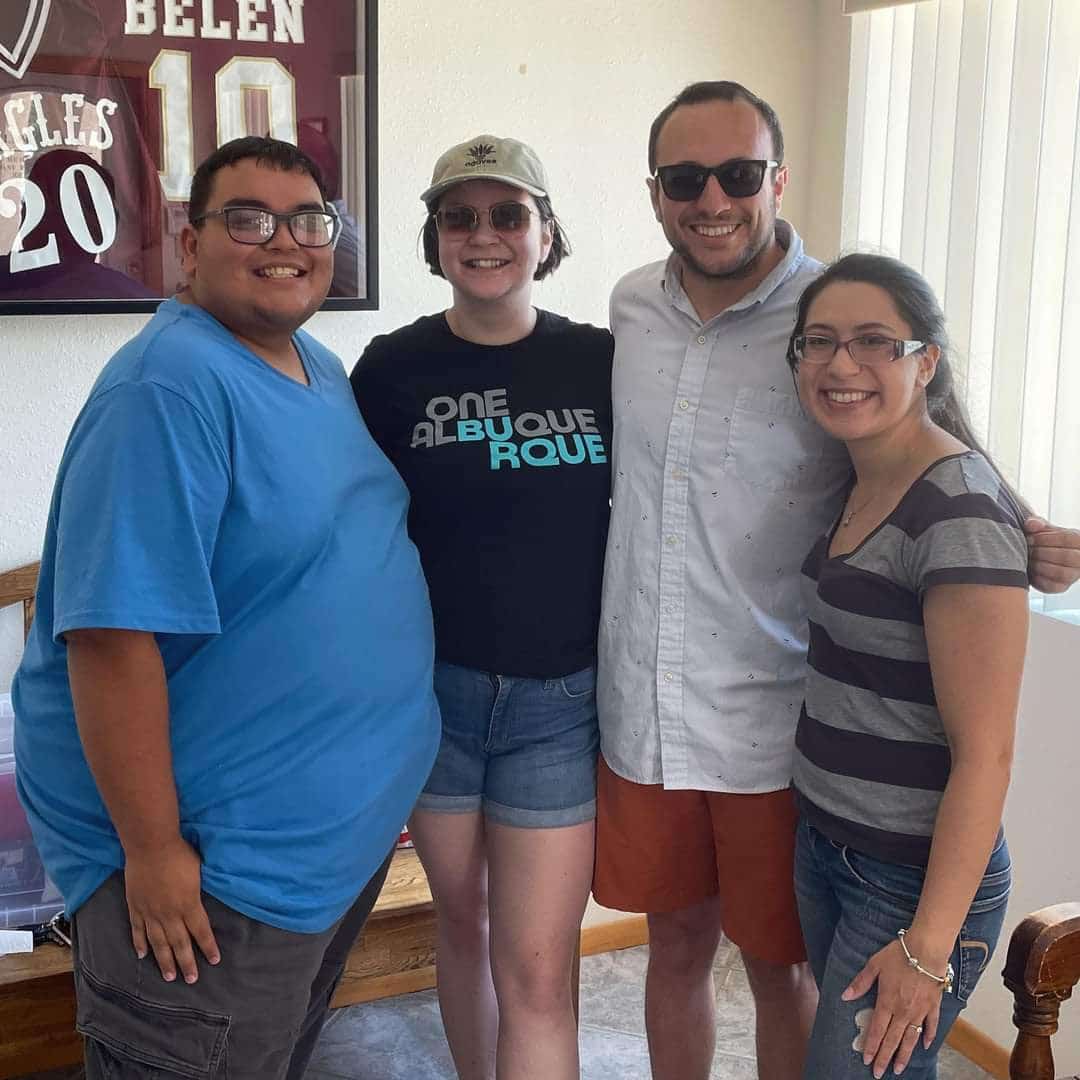 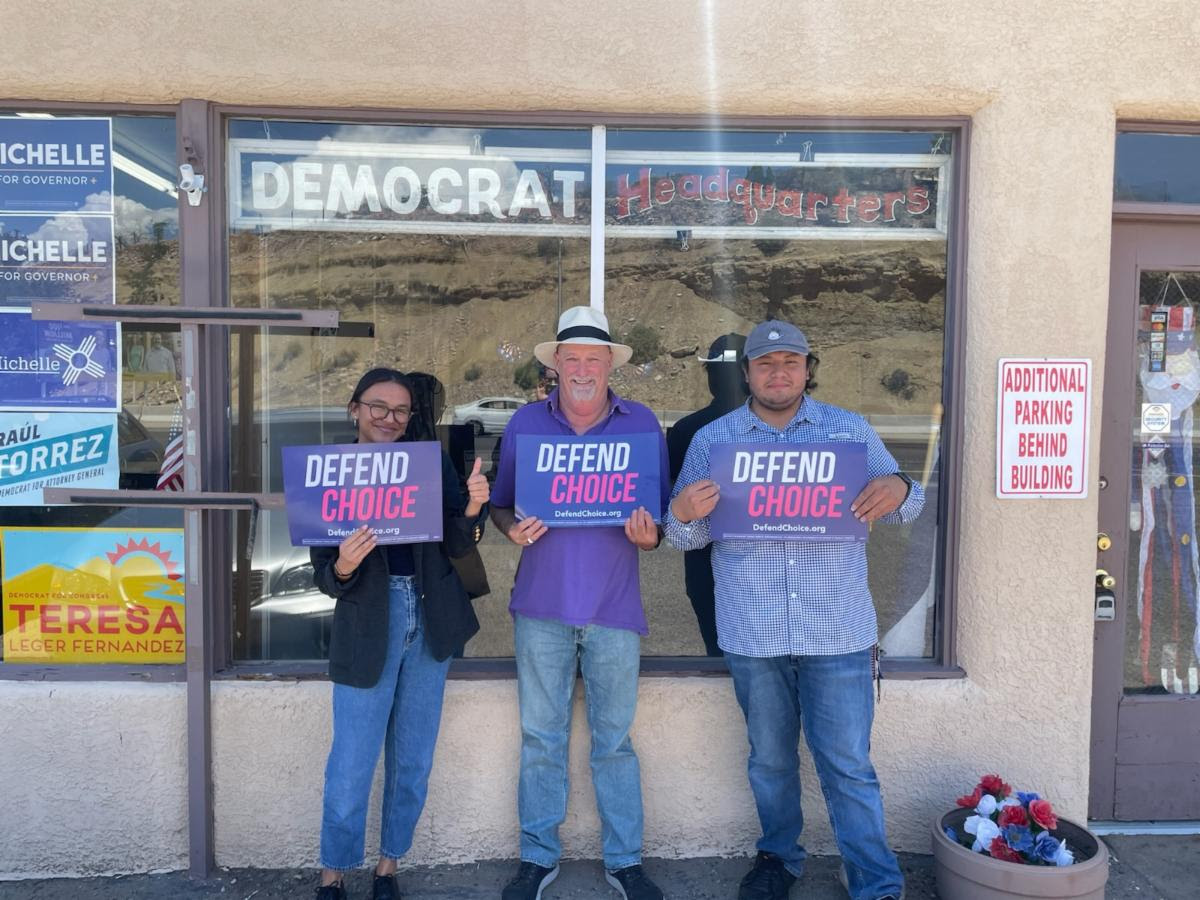