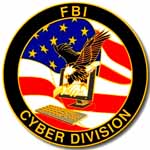 Robby Mook, Hillary Clinton’s campaign manager, said Sunday that Friday’s release by WikiLeaks of Democratic National Committee (DNC) internal emails was the work of Russian government hackers. The leak, Mook said, was part of an effort by President Vladimir Putin and people in his circle to weaken Clinton and increase the chances of a Donald Trump victory in November.

Trump has made many favorable, even admiring, comments about Putin and his leadership style, and Trump’s proposals would make U.S. foreign policy more accommodating to Russian interests in Europe, the Middle East, and the Far East.

In some of the e-mails, DNC staffers appear to suggest that because Bernie Sanders is Jewish and an atheist, his nomination as leader of the Democratic Party would weaken the party’s appeal in states like Kentucky and West Virginia. Sanders and his supporters have argued that the DNC, under the leadership of Rep. Debbi Wasserman-Schultz (Fla.), had favored Clinton rather than play the role of an impartial referee during the primary season.

The leaking of the emails would suggest to Sanders’s supporters that they were right all along, and some of them may decide not to vote for Clinton.

Saturday, Wasserman-Schultz announced that she would be stepping down from her post after the Democratic Convention, underway this week in Philadelphia.

“What’s disturbing to us is that experts are telling us Russian state actors broke into the DNC, stole these emails, and other experts are now saying that the Russians are releasing these emails for the purpose of actually helping Donald Trump,” Mook said on CNN’s “State of the Union. “I don’t think it’s coincidental that these emails were released on the eve of our convention.”

Mook did not provide evidence that the Russians were trying to help Trump when pressed by CNN’s Jake Tapper to back up his charges, instead falling back on what “experts” were saying.

“This isn’t my assertion — there are a number of experts that are asserting this,” Mook said. “I think we need to get to the bottom of these facts. But that’s what experts are telling us. Experts are telling us it is, in fact, the Russians who hacked these emails.”

Politico notes that last month it was revealed that Russian government hackers had broken into the DNC computer servers, which contained opposition research on Trump.

The FBI on Monday said it is investigating the hacks of the DNC computer networks. The Bureau has been looking into the hack for months, and Monday said it will “investigate and hold accountable those who pose a threat in cyberspace.”

The FBI’s announcement follows the conclusions of cybersecurity experts that the hacks – and the release of the DNC emails on the eve of the Democratic Convention — were the work of Russian government hackers, whose goal was to deepen divisions within the Democratic Party in order to weaken Hillary Clinton and increase the chances of a victory by Donald Trump in November (see “Russian government hackers leaked DNC e-mails: Cybersecurity experts,” HSNW, 25 July 2016).

The Kremlin views Trump’s proposed foreign policies as more accommodating to Russian interests, and Trump and President Vladimir Putin have been exchanging complimentary comments about each other for a while.

Analysts note that Putin also has a personal point to settle with Clinton. In 2011, when Clinton was secretary of state, she publicly challenged the legitimacy and integrity of the parliamentary elections in Russia, which gave Putin’s party a large majority in the Duma. Putin at the time publicly accused Clinton of intervening in Russia’s domestic politics, and of “inciting” the opposition to his rule.

The Washington Post reports that several lawmakers have said that their computer networks have been hacked, although it is not clear whether these systems have been breached. Democrats are worried that the Russian government hackers behind the DNC hacks may have gotten their hands on other politically embarrassing e-mails and documents, and the hackers would use WikiLeaks between now and November to release these emails and documents in an effort to increase Trump’s chances of winning in November.

The Post quotes Julian Assange, the founder of WikiLeaks and its current top editor, who said that the release [of the DNC emails] on Friday was the first in a series.

Former CIA director Michael Hayden told the Post that if the Russians were behind the leaks, “they’re clearly taking their game to another level. It would be weaponizing information.” He added: “You don’t want a foreign power affecting your election. We have laws against that.”

Given Russia’s sophistication in this realm, Daley told the Post that it would be reasonable to conclude that President Vladimir Putin and his government are behind the e-mail leak in an effort to undermine Hillary Clinton’s candidacy.

“I don’t think anybody would be surprised if Putin would try to affect the election,” Daley said in an interview Monday. “That’s like the old ‘Casablanca’ — there’s gambling in the casino. It doesn’t surprise me at all. Period. I think anybody who dismisses that is living in fairy land here.”