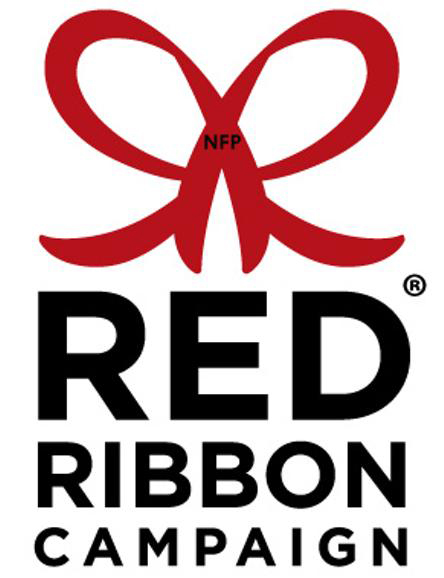 The Red Ribbon Campaign is dedicated to helping to preserve Special Agent Camarena’s memory and further the cause for which he gave his life, the fight against the violence of drug crime and the misery of addiction. By gathering together in special events and wearing a Red Ribbon during the last week in October, Americans from all walks of life demonstrate their opposition to drugs.

For news about local events, check the web at www.dea.gov or contact a local DEA Office. For a toolkit with Red Ribbon materials and more information, visit: https://www.dea.gov/redribbon/RedRibbonCampaign.shtml.

Resolution of the United States Congress

The U.S. House of Representatives recently introduced a resolution to mark the significance of Red Ribbon Week.

Supporting the goals and ideals of Red Ribbon Week during the period of October 23 through October 31, 2016.

Whereas the Red Ribbon Campaign was started to commemorate the service of Enrique ‘‘Kiki’’ Camarena;

Whereas, on February 7, 1985, Drug Enforcement Administration (DEA) Special Agent Camarena was leaving his Guadalajara office to meet his wife for lunch when five individuals forced him inside a car and sped off; he was subsequently tortured at length and then murdered by members of the local drug cartel;

Whereas the Red Ribbon Campaign has been nationally recognized since 1988 to preserve the memory of Special Agent Camarena and further the cause for which he gave his life;

Whereas the Red Ribbon Campaign is the most longstanding drug prevention program, bringing drug awareness to millions of people in the United States each year;

Whereas State Governors and attorneys general, the National Family Partnership, parent teacher associations, Boys and Girls Clubs of America, Young Marines, the Drug Enforcement Administration, and hundreds of other organizations throughout the United States annually celebrate Red Ribbon Week during the period of October 23 through October 31;

Whereas the objective of Red Ribbon Week is to promote the creation of drug-free communities through drug prevention efforts, education programs, parental involvement, and community-wide support;

Whereas reducing the demand for controlled substances would curtail lethal addictions and overdoses;

Whereas reducing the demand for controlled substances would reduce the violence associated with drug trafficking, including, but not limited to, murders and torture;

Whereas according to the National Survey on Drug Use and Health, in 2015 an estimated 27.1 million Americans, or 10.1 percent of the population aged 12 and older, used illicit drugs;

Whereas drug abuse is one of the major challenges to securing a safe and healthy future for people and families in the United States;

Whereas drug abuse and alcohol abuse contribute to domestic violence and sexual assault and place children at risk; Whereas although public awareness of illicit drug use is increasing, emerging drug threats and growing epidemics demand attention, with particular focus on the nonmedical use of prescription drugs and synthetic drugs;

Whereas the majority of teenagers abusing prescription drugs get the drugs from family, friends, and the home medicine cabinet;

Whereas the Drug Enforcement Administration will host a National Take Back Day on October 22, 2016, for the public to safely dispose of unused or expired prescription drugs that can lead to accidental poisoning, overdose, and abuse;

Whereas synthetic drugs, including those popularly known as ‘‘K2’’ or ‘‘Spice’’, have acknowledged dangerous health effects and have become especially popular among teens and young adults;

Whereas in 2014, poison centers across the United States responded to approximately 4,247 calls related to synthetic drugs;

Whereas the 2016 National Drug Threat Survey revealed 45 percent of respondents reported heroin was the greatest threat in their areas, more than any other drug;

Whereas according to National Seizure System (NSS) data, heroin seizures in the United States increased 80 percent over five years, from 3,733 kilograms in 2011 to 6,722 kilograms in 2015;

Whereas fentanyl and its analogues have been devastating communities and families at an unprecedented rate;

Whereas the National Forensic Laboratory Information System reported 13,002 fentanyl exhibits tested by forensic laboratories across the country in 2015, a 1,392 percent increase from the 934 fentanyl exhibits in 2013;

Whereas the presence of fentanyl has also posed a hazard to police officers and agents;

Whereas the 2015 National Survey on Drug Use and Health data revealed 76 percent of adolescents who admitted to treatment for substance abuse were admitted for marijuana use;

Now, therefore, be it Resolved, That the House of Representatives — (1) supports the goals and ideals of Red Ribbon Week; (2) encourages children, teens, and other individuals to choose to live drug-free lives; and (3) encourages the people of the United States to promote the creation of drug-free communities and to participate in drug prevention activities to show support for healthy, productive, and drug-free lifestyles.