Day Journeys to the Middle of Nowhere

Driving down N.M. 84, we watched Los Alamos, Espanola and even the scatterings of roadside businesses in Abiquiu just slip past the windows.

Soon, there was nothing filling the windows but a gray strip of asphalt and huge, scenic landscapes.

This is when the adventure began.

My traveling partner (my mother) and I picked Tierra Amarillo to visit at random. 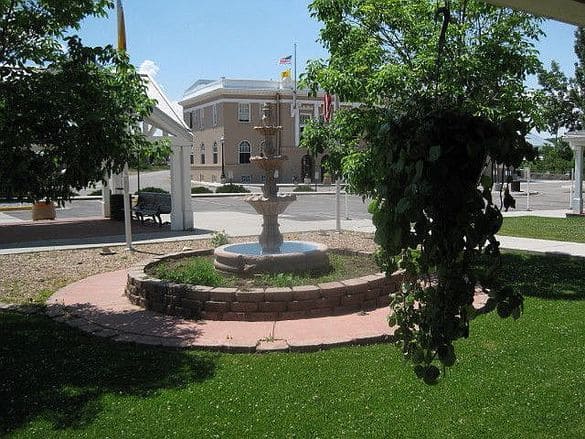 It was just a faint spot on the map and an oddball collection of photos on a website.

It was declared an “almost” ghost town – a fading town with a mass of crumbling buildings.

That statement just heightened my interest to see this place.

A state historic landmark sign placed off to the side on N.M. 162 gave us a piece of Tierra Amarillo’s history.

Stopping the car on the gravel shoulder, my mom and I learned that Tierra Amarillo had conflicted beginnings.

Evidently, the Mexican government made a large community land grant to Manuel Martinez and other settlers, but it was delayed by raids from the Utes, Jicarilla Apaches and Navajos. 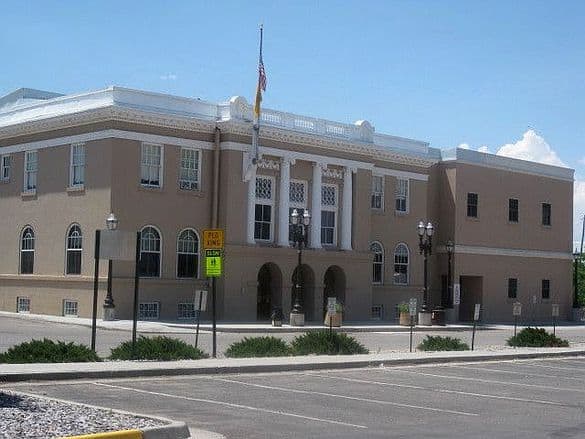 Conflict arose again in 1967 between the National Guardsmen and land rights activist Reies Lopez Tijerina, according to the historic marker.

Climbing back into the car, we continued down the road and soon our jaws dropped.

The scenery was beautiful. There were sweeping meadows and lines of cottonwoods before the land jutted up into the Brazos Cliffs in the distance.

Horses meandered around pastures on either side of the road. It seemed so idyllic and peaceful.

Going further into town, we were struck by a far different site.

The new and old sit side-by-side in Tierra Amarillo. 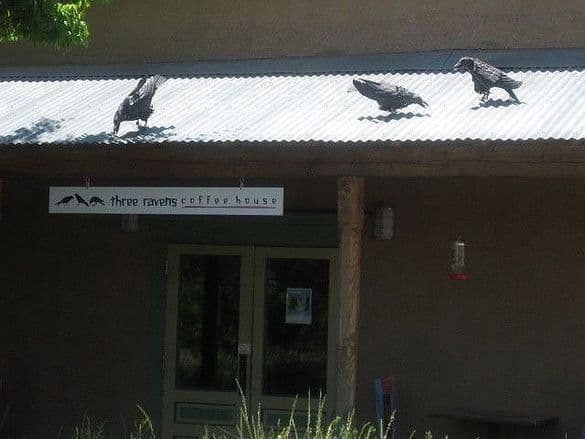 A pristine Municipal Complex that looks brand-new stands right next to a peeling, cracking two-story home.

Peeking through windows at the complex, I saw a stainless-steel fridge tucked in a kitchen, but while poking my head through an empty frame in the abandoned house’s door I noticed a jumbled chaos of odd objects and a dusty smell of old age.

Across the street is a large courthouse and fancy, wrought-iron street lamps. The Three Ravens Coffeehouse, a block down, shows off a contemporary chic look.

In the other direction is a boarded up business with a faded sign that reads “Esquibels Cash Store: Groceries, Meats, School Supplies.”

Across from this establishment is a building that has collapsed into itself. You can just barely make out the name of its former occupant in the entryway – Litos Ballroom. 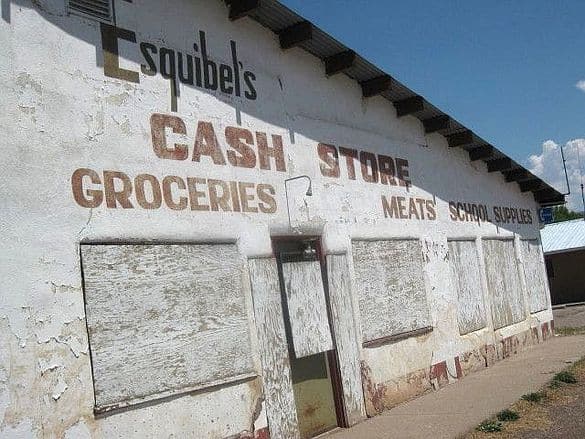 It is clear at one time it was a great structure but now the building is a ruined heap.

The only thing that seems to have survived the building’s demise is a fresco on a back wall of a woman who looks like a saloon dancer, and a man holding a guitar.

This mish-mash of pristine and total mess fascinated me. I wanted to whip out my pen and paper and ask these decayed structures to tell me their tale.

I think this fascination was two-way. The few residents we saw seemed curious about the two women running around with cameras, snapping pictures of their town.

One man rolled down his car window to ask if we were having a good time and two little boys just walked up to my mom’s car window when we were leaving to say “hello.”

This is what I love about hole-in-the-walls … these places that lie right smack in the middle of nowhere. 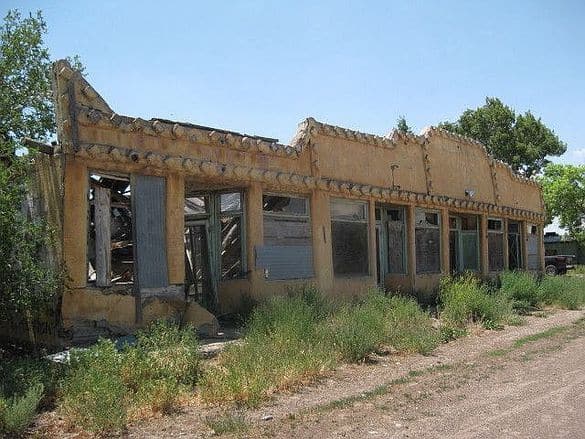 Their populations have dwindled, their isolation has made them quirky.

And from this arose a great beauty and a character that is not found in cities or larger communities.

So the hook has been sunk, we find ourselves being reeled in toward more of these beautiful, mysterious places located in the middle of nowhere.