Day Journeys to the Middle of Nowhere: An Adventure in Corrales

To say this place is centered in nowhere may be a bit of a stretch. It actually nips at the heels of one of those major sprawling communities that are located everywhere.

Still, when my parents and I drove into Corrales via Bernalillo recently, we were certain we had arrived but not entirely sure where.

Corrales and Bernalillo may tread on each others’ toes but driving down a road lined with trees that create a dappled pattern of sunlight and seeing horses roaming through pastures in the small town of Corrales, it is hard to believe that minutes away is a huge collection site for every windowless big box store in creation. 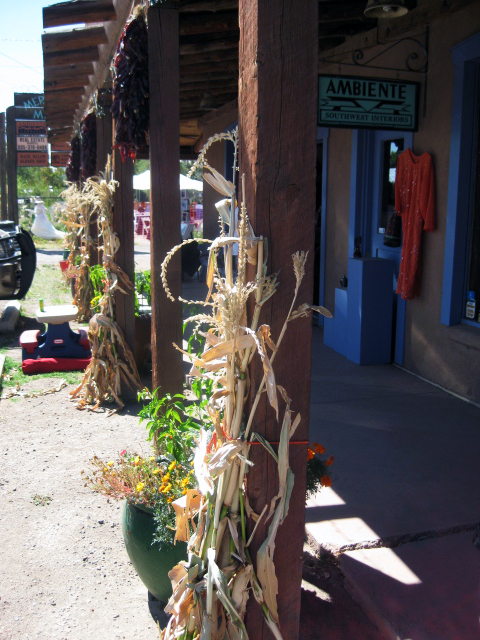 Stores get into the spirit of the season with decorations. Photo by Kirsten Laskey/ladailypost

Our visit to Corrales had perfect timing. The town was celebrating its Harvest Festival, a fantastic event where everything from food and artwork to music and merchandise are ushered outside and into the streets.

It wasn’t something that could be experienced from the car’s windows so we left the vehicle in a dirt-packed field that served as a parking lot and began to walk along the shoulder of the road. Other festival participants had similar ideas.

We saw a young girl and a woman riding horses through the town – the woman expertly holding her drinking cup and shopping bag in one hand and the horse’s reigns in the other.

Many others filed into trailers hitched to tractors that offered public transit up and down the streets.

My parents and I paused at a small bazaar and while they took in the sites, I took in the wonderful aroma of turkey legs. I contemplated getting one of the savory poultry legs but the long line eventually dissuaded me.

Although every step taken and every corner turned in this town yielded something new to experience, there was one thing that made a continuous appearance.

It would be propped up against a light post or strung up on the side of a building. It would sometimes be riding a bike or standing next to its pet dog. 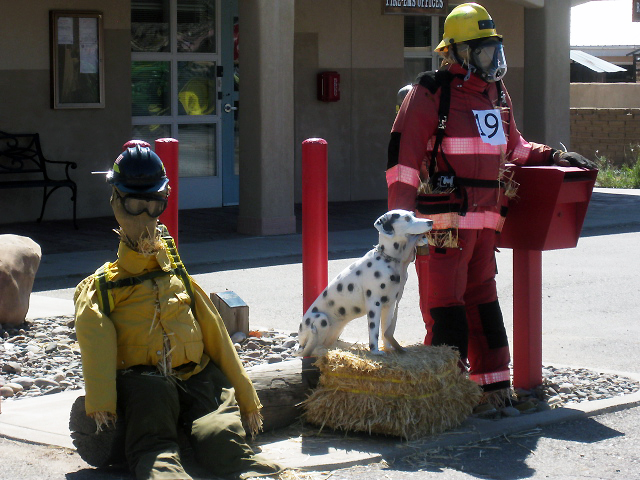 Scarecrow firefighters on duty outside the Corrales fire station. Photo by Kirsten Laskey/ladailypost

Scarecrows, which were part of the town’s Scarecrow Showcase, were everywhere. Some were paper mache, others made of straw, one was skeletal and another bright green.

We saw scarecrows that were farmers, firefighters, witches and the undead. Trying to spot one was similar to finding the hidden objects in picture puzzles.

Although we took a lengthy trek through town, my parents and I did not even scratch the surface of everything there was to see and do. There was wine tasting, a corn maze and an entire roped off section in a public park.

Returning home, we took the Jemez Bypass – a fantastic stretch of pavement that featured fields, mountains and sky in every direction before the landscape drastically changed into towering crimson rocks as we neared the Jemez Pueblo.

This type of beauty can take your breath away and makes you appreciate that there are still places untouched by sprawl and mammoth corporate chains.

They’re out there – beyond those sprawling suburbs – right smack in the middle of nowhere. 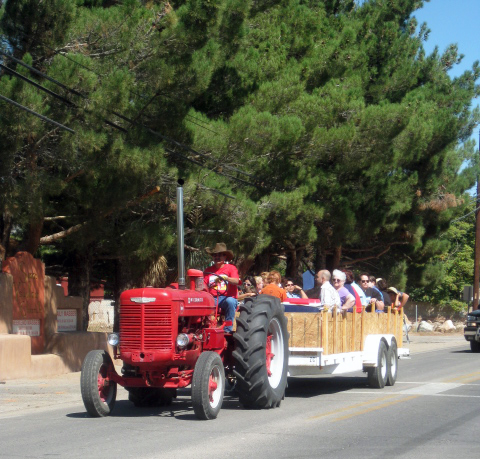 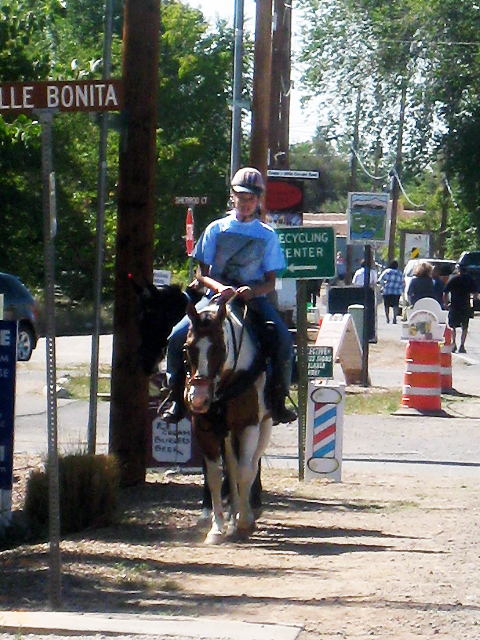 A girl and her horse take a stroll through town. Photo by Kirsten Laskey/ladailypost 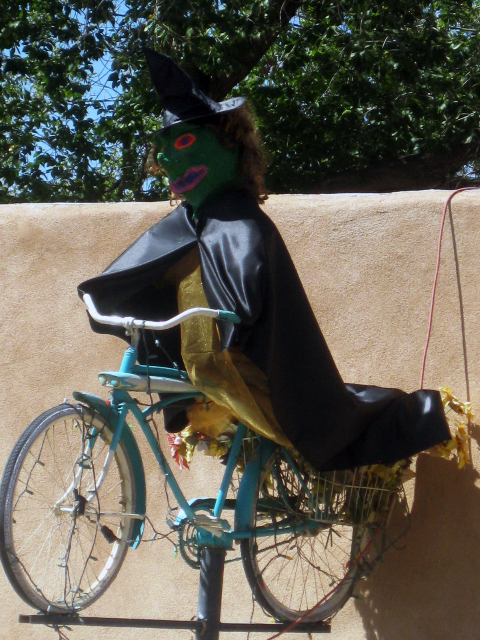 The Wicked Witch of the West was sited in Corrales! Photo by Kirsten Laskey/ladailypost