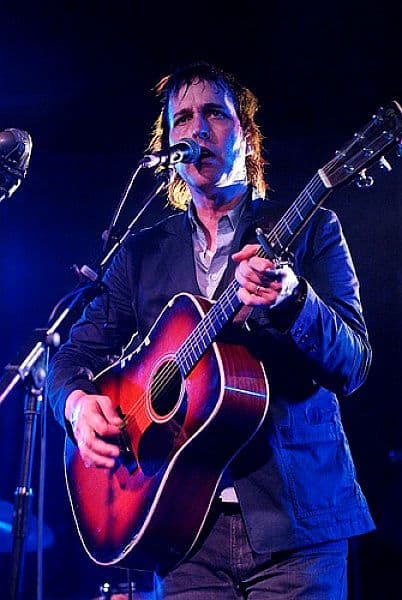 You should catch the Los Alamos County Summer Concert Series at the Pajarito Ski Area this Friday, June 29.

We’ve had some fabulous concerts this season and this week we’re not backing down.

Chuck Prophet and the Mission Express from San Francisco is an amazing band!I believe almost everyone will enjoy this show. I say “almost” because Chuck did leave Whittier, Calif., right after high school graduation and hit the road with what was to become a great psychedelic roots and cowboy punk band.

That band was called Green & Red but they’re not coming.

Chuck Prophet never looked back after high school. He moved to San Francisco in the late 80’s, and has toured with his own bands since 1990.

His music can be called, at different times, poetic, gritty, streetwise, intelligent and raw.

He writes story-songs with moods that can be raucous, exuberant, Earthy, literate, reflective, melancholy, and big-time rocking.

He sings about break-ups, hanging out, freedom and road trips.Check out Chuck at www.chuckprophet.com or www.myspace.com/chuckprophetofficial and onwww.youtube.com.In 2011, our man Chuck did a European tour performing the Clash’s “London Calling” in its entirety.

When asked why he chose to do this tour, he said he enjoyed the Clash because they were expanding from a punk rock that was pretty narrow to a group that expanded to rock, Americana, jazz, rockabilly, and ska.

This had a direct influence on Prophet. Chuck Prophet plays a Telecaster guitar, is a singer-songwriter, a band leader and a musical collaborator.

He’s written songs, played with and produced records for such acts as Cake, Kim Carnes, Solomon Burke, Alejandro Escovedo, Heart and many more.

His sound and song writing may remind you of people like Joe Henry, Ryan Adams, Black Keys, Dave Alvin and Dream Syndicate.I read that he was talking about a concert series in Santa Barbara, Calif., and said, “It’s a great setting to hear music, and because it’s a community thing, I think people are more open-minded in a way. With a series, people get turned onto music that they might not normally be aware of. It’s fun in that way.”The Ski Hill is gonna be a whole lot of fun Friday night AND it’ll be rocking. The show will be “Pajarito Ski Hill Night.”

Those Ski Hill folks have really been having some great events on the mountain this year.

This show will be free and will feature a truly incredible performer and his band.On Wednesday, July 4, we’ll be at the Los Alamos Kiwanis Club’s Fireworks celebration.

There’s a whole lot going on and it starts at 2 p.m., with fireworks starting at dark.

Music starts at 3 p.m. and will be provided by Eddy & the Nomads.

The music will be presented by the sponsors of the Los Alamos County Summer Concert Series (www.gordonssummerconcertseries.com.)