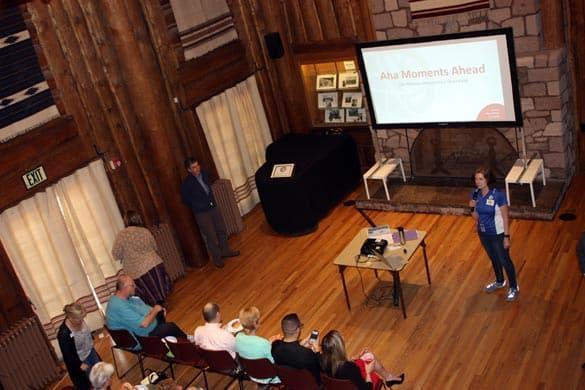 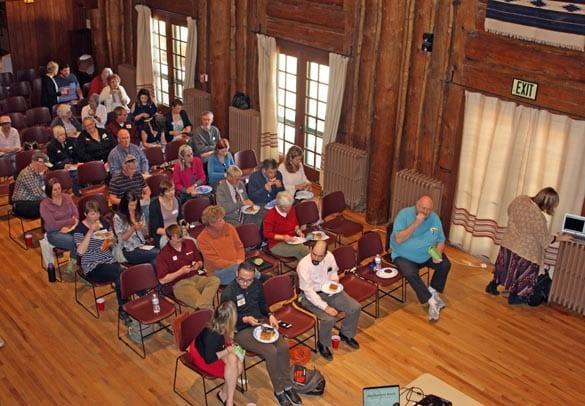 Scene from the Discovery Action Team kick off meeting at Fuller Lodge. Photo by Kirsten Laskey/ladailypost.com

BY KIRSTEN LASKEY
Los Alamos Daily Post
kirsten@ladailypost.com
“We’re hoping to make ideas happen,” County Marketing Manager Kelly Stewart said at the beginning of the Discoveries Action Team kickoff meeting Tuesday at Fuller Lodge.
The purpose of the kick off meeting was to collect ideas on how to effectively brand Los Alamos. Del Norte Credit Union provided lunch to attendees and Jim Glover of the Idea Group in Santa Fe led the meeting.
Stewart explained the public is being asked what projects they would like to be involved in. “The purpose of today’s meeting is to talk about that,” Stewart said.
Branding is basically the town’s reputation and what the community would like to be known for, she explained. According to a press release, in an effort to enhance the community experience and attract new residents, businesses, talent and visitors to the community, Los Alamos County has championed the “Discoveries” brand, which incorporates the mindset that Los Alamos is a place that cultivates curiosity and creates “aha” moments and is represented by the brandline, “where discoveries are made.”
The branding initiative, as reported in the press release, is designed to strengthen the reputation of Los Alamos and provide a place for community members to collaborate to make Los Alamos a wonderful place to live, work, play and stay.
Stewart said the County started its branding initiative in 2013. According to the press release, the Los Alamos County Council endorsed a Brand Action Plan that includes formation of the Discoveries Action Team. The team is a volunteer group open to all residents, businesses and organizations who share a desire to improve Los Alamos amenities and offerings, and communicate these benefits to future residents, businesses and visitors.
Discoveries Action Team goals:
“I’m hoping people will brag about our town,” Stewart said.
Several representatives from the community showed their support for the branding initiative during Tuesday’s meeting.
Del Norte Credit Union Risk and Performance Excellence Manager Anne Kain said, “We’re really proud to support this.”
Chamber of Commerce Manager Ryn Herrmann encouraged the public to participate in the branding effort. When everyone gets on the same page, she said, “It works for everybody.” 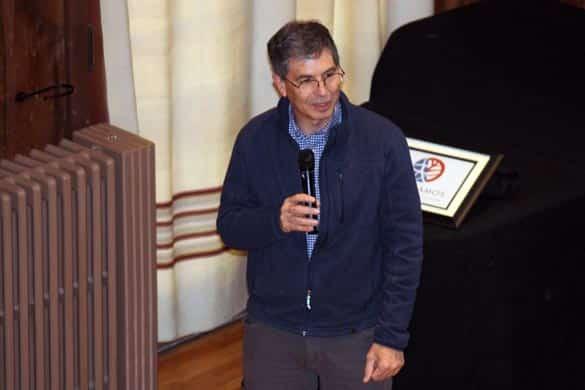 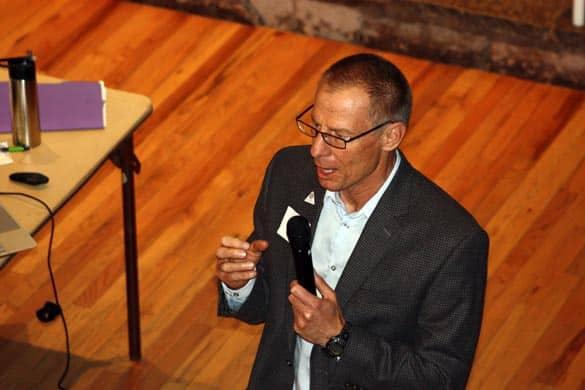 Jim Glover of the Idea Group speaks during the meeting. Photo by Kirsten Laskey/ladailypost.com 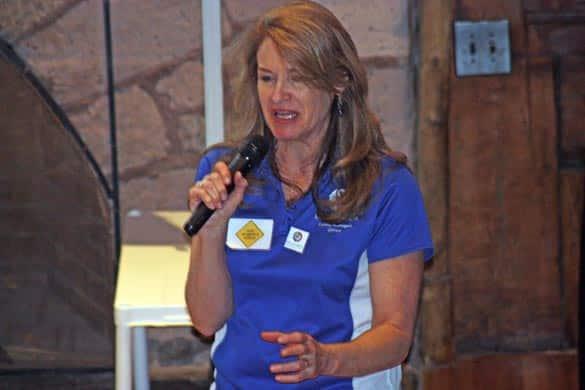 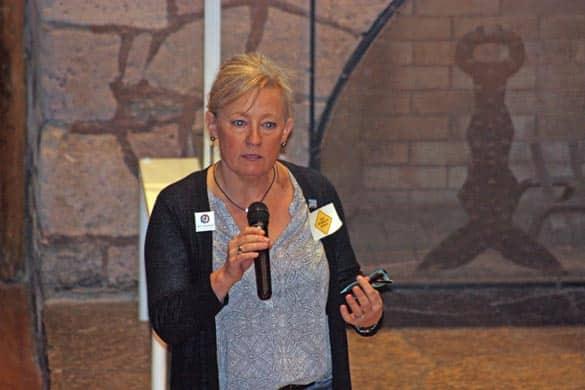 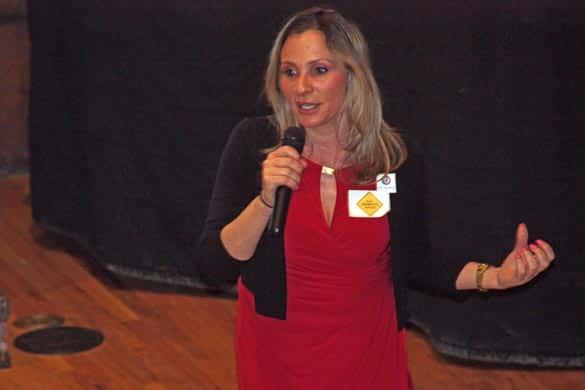 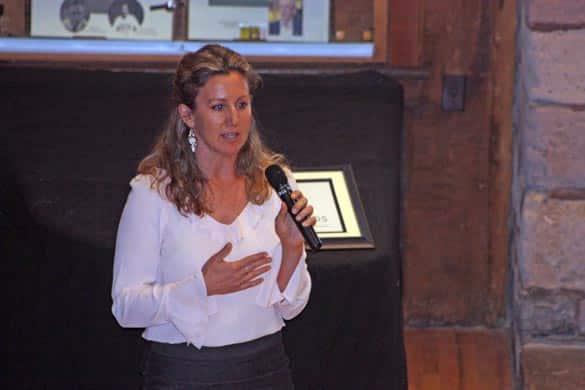