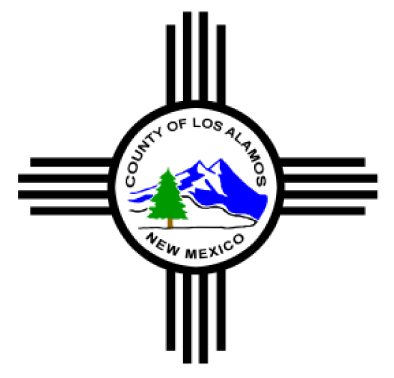 What do you think of the updates made Nov. 16 by the Los Alamos County Council regarding its 2011 Strategic Plan with goals and focus areas?

Los Alamos County has opened public comment on its “Open Forum” webpage regarding the Council’s proposed “2014 Updated Strategic Plan” after the Councilors met Nov. 16 in a four-hour work session to review and discuss its goals, which are part of the County’s long-range (20 year) planning process.

Link hereto share your opinion on the Open Forum now. Public comment on the strategic plan will remain open until 8 a.m. on Monday, Dec. 16. Citizens are encouraged to review the updated plan and offer public comments on the forum for others to read and either support or comment with their own opinions so that a community dialogue is captured for Councilors to review.

The updated plan is also available plan at either public library reference desk (beginning Monday, Nov. 25), or citizens can pick up a copy of the plan in the vestibule of the Municipal Building lobby. In addition to Open Forum, citizens can drop off comments at the 311 Customer Care Center, which will be forwarded to the Council at the close of public comment. Citizens can also e-mail comments directly to the Council instead of posting them on line for public viewing by sending an email to: countycouncil@lacnm.us.

The strategic plan and its goals are important documents. The plan guides County staff in setting internal priorities – most specifically in the area of fiscal budgeting from year to year and workload/staffing decisions. The Councilors held their work session last weekend after deciding a timely review of the goals was worthwhile, given that five councilors were not serving on the Council at the time the goals were first adopted in 2011.

During the work session, Councilors reviewed relevancy of the goals (today versus three years ago), feedback received from citizens, and additions, refinements or clarifications. While the majority of the wording for the goals and focus areas didn’t change significantly, the Councilors did better define or clarify some of the goals, including adding language to some focus areas that they felt was missing – for example, they added “support for local businesses” as part of their Economic Vitality goal, because it was missing in the original document, and they had very clearly heard citizens asking for more County support of existing businesses, not just bringing in new businesses.

In addition, the Council wanted to simplify the presentation of the plan to facilitate public outreach efforts and aid citizen understanding, as well as assist the Staff in being able to easily identify with the goals in their day-to-day activities. There were 16 goals adopted in 2011 that encompassed ten focus areas – a significant amount of information that made it difficult to relay effectively to citizens and converse easily about the goals when making decisions. The Council refined and regrouped the goals into three new over-arching categories where they would like to concentrate staff efforts and spending. The three new categories are: Economic Vitality, Quality of Life & Quality Governance.Three new goals were added, increasing the total number of goals to 19. Focus areas were re-organized to fit under the three main categories, but remained largely intact.

Finally, the Councilors reviewed the goalsin light of current budget constraints, plus limited staffing and resources to accomplish the Management Action Plans that staff will develop in order to achieve the adopted goals. The Councilors conducted an exercise so that they could personally identify the goals that they felt were the greatest areas needing focus in the short-term, and then used that data to have a broad discussion as a Council about the results. This was an important part of building consensus among the Councilors about a path forward for the future. While the Council emphasized that the exercise was simply one for internal guidance, because all of the goals and focus areas are important, they felt at the close of the work session that their general discussion had been useful in setting the framework for upcoming budget development.

The Council will not take formal action to approve the proposed changes to their Strategic Plan last Saturday until after considering public comments. It is expected that they will either make further revisions based on feedback, or, will take action to adopt the document in January 2014.

The 2011 version of the strategic plan that was the basis for updating the goals and focus areas for next year is still available here.