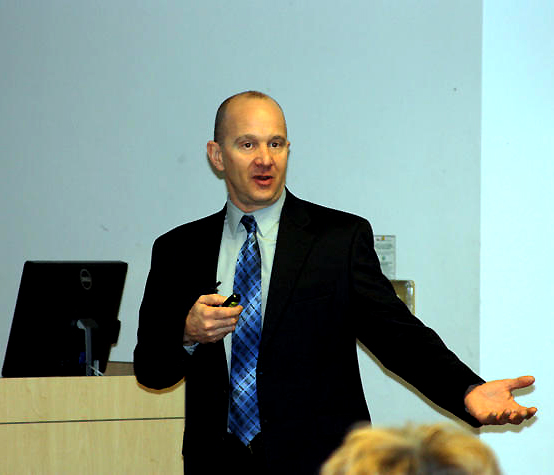 Burgess highlighted the goals for Economic Development, Quality of Life and Quality Government. The creation of the Manhattan Project National Historical holds economic promise, he said.

He also pointed to the County’s collaboration with the Los Alamos Ski Club and Pajarito Recreation to develop the Pajarito Ski Area.

Burgess unveiled the County’s new logo and slogan designed to promote the County. The slogan, “Where Discoveries Are Made” was a favorite of community members, according to a number of polls and other data collection efforts.

New logo to be used in promoting Los Alamos County 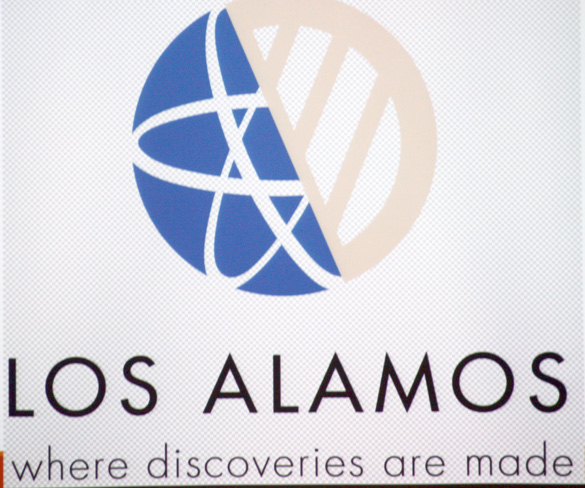 “I’m glad we’ve made a decision so we can move forward,” Burgess said.

Recruiting and retaining high tech businesses is a top priority for the County, Burgess said. Burgess pointed to “homegrown” businesses, such as the cyber-security firm Attack Research and Descarte Labs, a company that mines satellite images for useful data, as “the type of businesses we want to capture and retain”.

Burgess also said the County needs to diversify its base. Descarte will soon move into the Los Alamos Smart House and a new research park is planned for County land at 20th Street and Trinity Drive. The plan is to extend 20th and put in a traffic signal, Burgess said. Part of the land to be developed was purchased through an agreement with Century Link in 2015.

Air service returned to the County through an agreement with Boutique Air in November, Burgess pointed out during Thursday’s talk.

The County Council has approved development of land in the A-19 Area on N.M. 4, near the White Rock Visitor Center of 97 single family homes. Negotiations are underway for the purchase and development of 60 acres of adjacent property for commercial and residential use, Burgess said. Increasing the population of the County is important for attracting and supporting retail businesses, he said.

The new White Rock Branch Library and White Rock Youth Activity Center also were completed. The new facilities in White Rock “really enhance the look and feel of the community,” Burgess said. Plans are underway to extend the Canyon Rim Trail to link its two sections. Eventually, the Trail will extend all the way from the Food Coop to the Omega Bridge.

In reference to Quality Governance, Burgess outlined the new web-based system to track County permits that will be unveiled to the public soon. Burgess said 25 of the County’s employees have recently undergone customer service training and that a Customer Service Initiative is underway at the County. Improvements also have been made to the County website, including posting of the County’s strategic goals.

“We are making an active effort to improve communications and expand information to the public,” Burgess said. 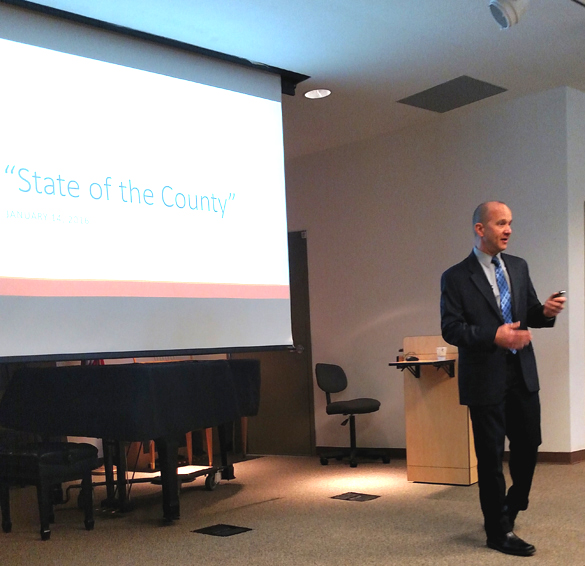